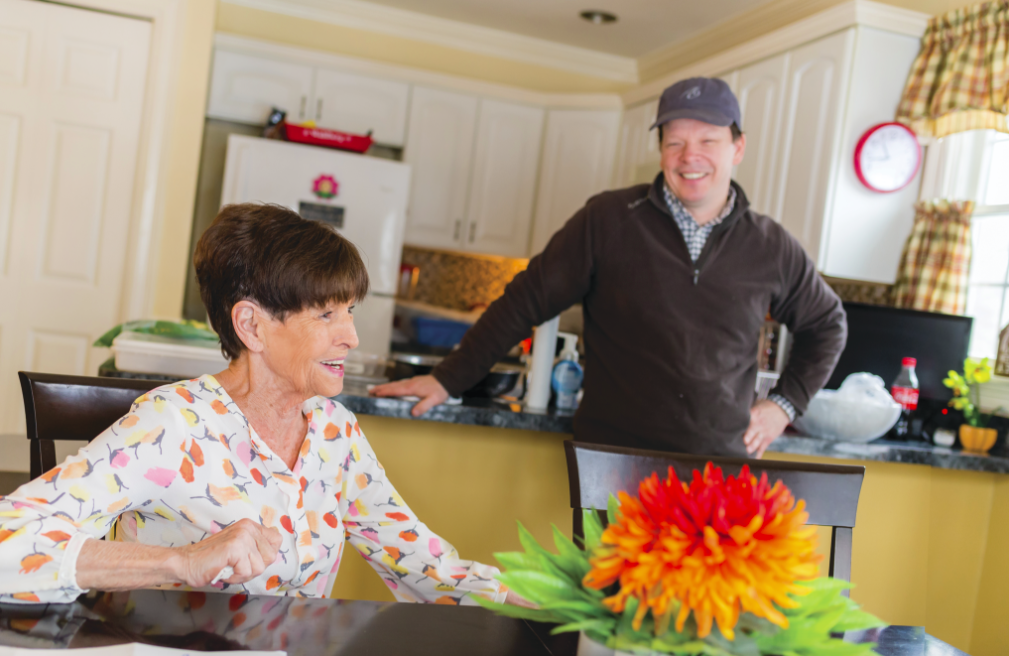 Watching Alma Wahlberg interact with her son Paul, executive chef and co-owner (along with his two more-famous siblings, Mark and Donnie) of the popular restaurant chain Wahlburgers, is touching and amusing at the same time. During a recent afternoon cooking session in the modest kitchen of her multi-level townhouse in Braintree, Alma did what moms do best: brag about her children. In this case, Paul was the child at hand and the reluctant subject of her praise.

“Everybody just loves Paul,” she says of the fourth of her nine children as he quickly and meticulously cleans and preps carrots, potatoes, and turnips for a mashed root vegetable dish. “His family, the staff, the customers…he’s going to kill me for saying this, but when we first opened and were hiring guys for the kitchen, it was freezing cold out and there were four of them who didn’t have jackets, so what did he do? He bought them all jackets. That’s the kind of person he is.”

In an industry where many restaurant owners bemoan the lack of good help, he has many long standing dedicated and loyal employees in the family’s more than 20 Wahlburgers restaurants in the United States and in Canada, and at Alma Nove, the first restaurant he and his brothers opened in 2010. The Mediterranean-inspired, Italian restaurant, located on the waterfront in Hingham, is named after their mother (Nove, nine in Italian, represents Alma Wahlberg’s nine children). A year after the opening of Alma Nove, the first Wahlburgers opened nearby. With the franchise’s expansion came a reality show on A&E that just finished its eighth season and offers a behind-the-scenes look at the Wahlberg family set against their growing restaurant business.

While Paul is clearly the one in charge, brothers Mark and Donnie have a strong presence, and Alma has a prominent role, sharing her opinions whether solicited or not. “At first I was nervous, but I was excited too,” she says of being on the show, which she maintains is surprisingly authentic. “At the beginning, they would ask me something and when I would answer, one of [the crew] would be like `Maybe you could say it like this’ and I was like, whoa, wait a minute. You can have me jump off the counters or do any crazy stuff you want, but when I am sitting in the chair and you are asking me questions, don’t tell me what to say because I’m not going to do it.”

It’s that feisty attitude that has made Alma, 75, a fan favorite on the show and at Alma Nove, where she used to work as a hostess and still makes occasional appearances. “I like to sit with the customers and talk with them,” she says with a laugh. “I usually eat their French fries. They’re the best.”

Alma says she is proud of all of her children–not just those who are famous and/or involved in the restaurants–and her 21 grandchildren, some of whom work at Alma Nove or Wahlburgers. Theirs is a tight-knit family and if she doesn’t hear from one of her children often enough, Alma lets him or her know.

“I had to speak to Mark once. I told him that Donnie would call me all the time, even when he was traveling around the world with New Kids [on the Block], and I hardly ever heard from him. It was two-and-a-half years ago and I said I didn’t understand, that it just takes a minute to call and say ‘hi Mom, how ya doing, I love you,’” she says. “And you know what? He’s called every day since. Every single day–even if he’s out of the country.”

As if on cue, Alma’s cell phone lights up on the kitchen counter and it’s Mark calling from Atlanta, where he is filming a movie. When asked about the success of Wahlburgers, Mark credits Paul, saying that while he and Donnie have the “ability to reach people” with their celebrity status, Paul is the driving force behind the popular eateries. “Paul knows the business and works so hard to create an amazing experience [for customers],” he says. “I love my big brother more than anything.”

Paul, 54, who is married with two teenagers and lives in Hingham, says his focus is on creating tasty food and an inviting environment to which customers want to return. He says the menu reflects a variety of dietary proclivities–there is a vegan burger and a Portobello mushroom burger, for example, as well as gluten-free options. “There are far more vegetarians, far more vegans,” he says. “We want to accommodate everyone.”

His interest in cooking began when, as a child, he would watch cooking shows like “The Galloping Gourmet.” And despite his mother’s concern that he was accident-prone and would injure himself in the kitchen, he decided at 17 to become a chef. “There’s a kind of energy working in a kitchen that is very, very different from working in an office,” he says. “It’s not like any other job. It’s crazy and you’re always putting out [figurative] fires.”

Sunday dinners were always a big deal in the Wahlberg family, in large part due to the suspense of what Alma would make–oftentimes with the help of her husband, Donald, who died in 2008, and who made, according to Paul and Alma, a mean chili. Alma’s pasta sauce and lasagna were family favorites, and leftovers were highly anticipated. And even though weeknight meals were not as involved, Paul says the Wahlberg children always found their way to the dinner table. “Trust me, we were always hungry, so we weren’t far away when food was being served,” he says as he looks at his mother and both laugh.

And even though the Wahlbergs, who lived in Dorchester, were working class (Donald was a truck driver and Alma worked as a medical assistant in a hospital), Alma says she “never realized we didn’t have a lot.”

“We had what was important,” she says, moments after proudly displaying an oversize portrait of her extended family taken at her surprise 75th birthday party in 2017. “We still do.”