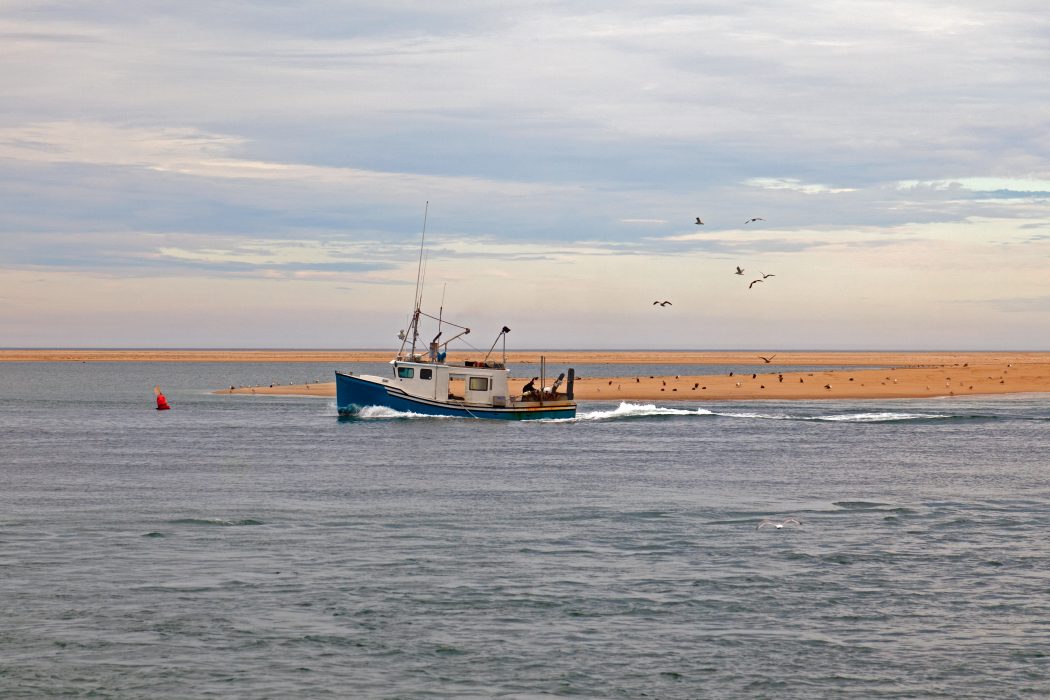 When local Cape Cod fishermen Tom Smith delivers his daily catch of bluefish to Hatch’s Fish Market in Wellfleet, owner Adrien Kmiec gets busy right away cleaning and filleting the beautiful silvery-blue fish. Some cuts go right onto ice in their display case, while others begin an all-day smoking process. “We smoke the bluefish right here,” says Kmiec, who has been working in one capacity or another at Hatch’s since he was 15. “We cut the fish and brine it and then put it in the smoker using maple wood chips for great flavor.”

The smoking takes hours, and Kmiec makes it available to the public either that night or the next day, depending on when the fish is delivered. “People just love it!” he says, saying that customers tend to enjoy the smoked product on crackers with cream cheese or in salads. “We also take the smoked fish and create a paté ourselves, which is very popular.”

Bluefish is in season locally from early summer through the fall, and Smith, who is the only commercial fisherman in Massachusetts with this kind of permit, uses strike net gear on board his two fishing vessels. Five hundred yard long nets are set out in a wide circle around a body of fish, Smith circles them with his boat, and the fish are scared into the net. He and his crew quickly haul the net back in so the fish are harvested alive. Smith then bleeds and ices the fish immediately, and they are put on sale just a few hours later at local fish markets.

Hatch’s has been in business since the early 1950s. It was started by Wellfleet resident Cliff Hatch, who sold local fish from the back of his pickup truck. Kmiec, another Wellfleet native, bought the business in 2012 from the previous owner Rob McClellan (who worked for Cliff Hatch since the 1970s). The market and its attached fresh produce stand, run by Kmeic’s wife Katy, is part of the fabric of Wellfleet. “We have lots of regulars,” says Kmiec. “People who have been buying from us for years. Our customers like getting our wide variety of local fish, lobsters and shellfish. It’s a great part of living on Cape Cod.”