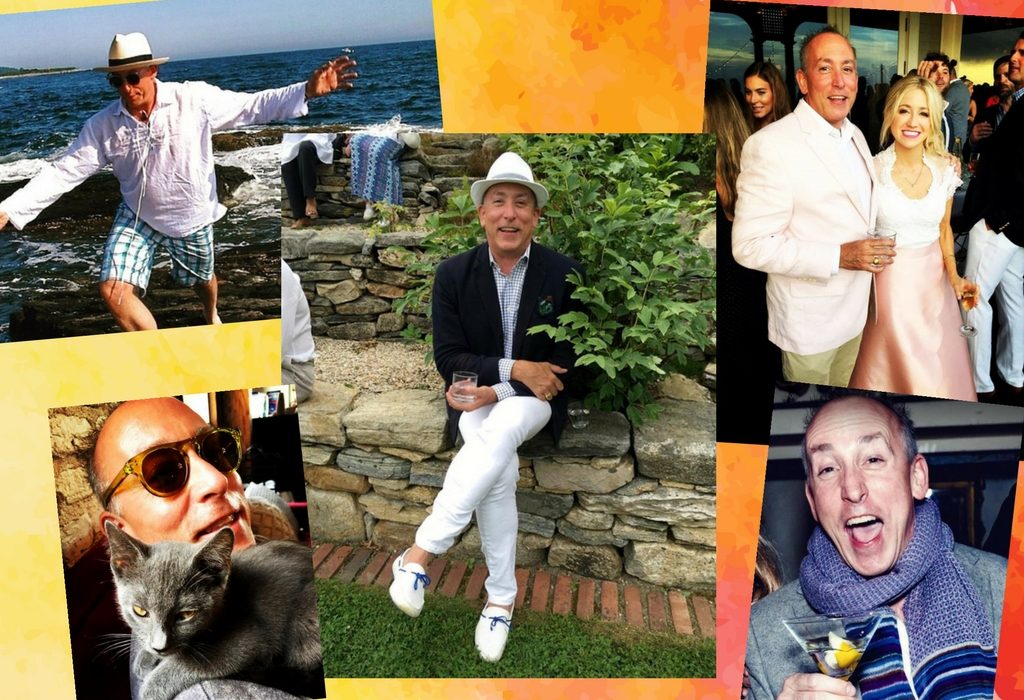 There are few people to whom such phrases actually apply. Jonathan Soroff, of Boston, is one of them. With Sorroff, such monikers are earned; ascribed to him by the many, many people in his far-flung orbit, rather by some self-aggrandizing effort at being an “it” man. When it comes to being someone who is seemingly at every event that “matters” in Boston and beyond, Soroff is very much “it.” 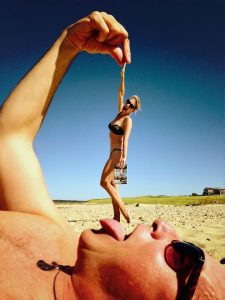 When not setting foot on a red carpet in a perfectly-tailored tuxedo, Soroff is writing. The Duke University graduate has been the lead columnist at the Improper Bostonian for more than two decades, and is a contributor at many other publications both locally and on the national and international level. His novel Crimes of Fashion, which was published in 2013, was a sharply-written snark-fest about New York City’s cutthroat world of fashion. Devoted fans of the book who are eagerly awaiting its rumored sequel must make do, at least for the time being, reading Soroff’s column’s in the Improper, which chronicle high-end fundraisers attended by the well-heeled of the region, and his scathing observations of life as told in haiku in his not-nearly-frequent-enough #HaikuWednesday posts on social media.

You began your career in journalism at the Boston Herald. What did you do there? How has the industry changed since then? 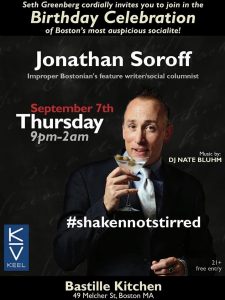 I began as an editorial assistant on the City Desk, and my primary responsibility was writing obituaries, which was great training. It taught me to be concise and to write economically. I was very lucky, and within a year, I was promoted to nightlife/lifestyle trend columnist, so my job was to go to clubs, restaurants, movies, theater, etc. Tremendous fun for a 23 year old.

Since then, the industry has changed dramatically due to technology. Digital has taken a big audience away from print, although I don’t think print is going anywhere. It’s like when TV began eclipsing radio, and everyone said radio was dead. Here it is, 50 years later, and radio is still a vibrant medium.

A high tolerance for alcohol and B.S. helps a lot, as does having a sense of humor (most importantly about yourself).

You’re a native of Boston. What was it like growing up in the city? Thoughts on how Boston has evolved since your childhood? 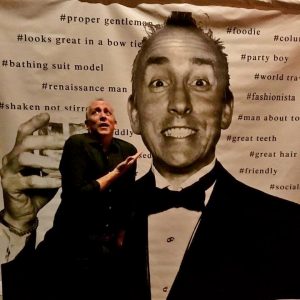 Boston has become a much more diverse, richer city, with the advent of industries like bio-tech, big pharma, etc. I think Boston has become an innovation hub for the entire world, and we punch WAY above our weight. Socially, there’s been a shift in leadership away from the old Brahmins (though they are still active and relevant) to a much more diverse and inclusive group. And in the arts, few cities in the world can top us.

Attending parties is part of your job; what makes one memorable?

The people, the setting, and if it’s a charity event (which is what I cover almost exclusively), how well the cause or mission has been communicated. Good lighting is also CRUCIAL.

I can’t imagine living anywhere else. I love everything about it.