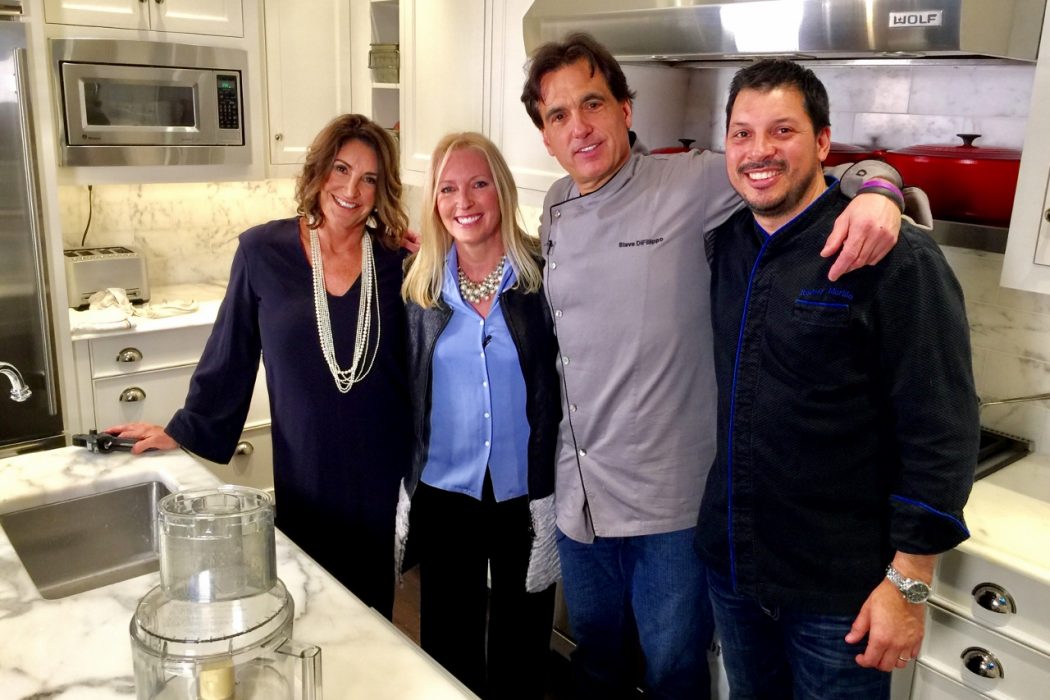 Filmed in what is arguably one of the most historic – and beautiful – neighborhoods in the country, the Beacon Hill episode of New England Living TV is a celebration of not only architecture and design, but of enduring friendship.

In this episode, Host Parker Kelley spends time with Cynthia, a native of Boston who, after raising her children in the Boston suburb of Beverly, moved back into the city when the 1828-built row house she now calls home became available. Working with Siemasko + Verbridge, an architecture and interior design firm, Cynthia has created a home that is at once respectful of historic origins yet very much her own; sleek yet approachable, dramatic yet inviting.

The color purple is found throughout the home’s five floors. As Cynthia explains to Parker while touring the home, there is purple glass in the windows of a number of Beacon Hill homes. Believed to have been shipped over from England, the glass with its slightly purple tinge was considered defective.

“It was a mistake, but it’s beautiful,” explains Cynthia.

She and Interior Designer Jean Verbridge, principal at Siesmasko + Verbridge, have introduced pops of purple – in throws and pillows, artwork and accessories – in many of the rooms.

New chandeliers with distinctly vintage feel hang in many of the spaces, adding a touch of dramatic glamour and bathing Cynthia’s home with soft lighting.

Following her tour of the home, Parker chats with Architect Tobin Shulman, also a principal at Siemasko + Verbridge, who oversaw the renovation, as they stroll through nearby Boston Common. He talks about the challenges and benefits of the regulatory oversight involved in working in a historic neighborhood such as Beacon Hill.

“It’s great,” he says of the zoning board, “It’s why we have Beacon Hill.”

Parker also talks with Jean Verbridge, meeting the interior designer at 75 Chestnut, a beloved neighborhood bistro, about her vision for Cynthia’s home. She then heads to Davio’s Boston where she has a laugh-filled interview with Owner Steve DiFillippo who, along with Chef/VP Rodney Murillo will prepare dinner that evening for Cynthia and a group of her friends.

The evening’s dinner party is that month’s gathering of a very special group of women. Nearly 20 years ago, one of Cynthia’s fellow “carpool moms” was diagnosed with breast cancer. The group made a vow to gather monthly for an adventure of some kind – learning to kayak, trying their hand at fencing – and it’s a vow they’ve stuck with throughout the years.

After meeting at Cynthia’s home, Cynthia, Parker and the women head out to partake of Beacon Hill’s annual Christmas stroll, hitting the shops on Charles Street and sharing a lot of laughs, before returning home and enjoying the dinner prepared by Steve and Rodney.

New England Living TV is Brought to you by