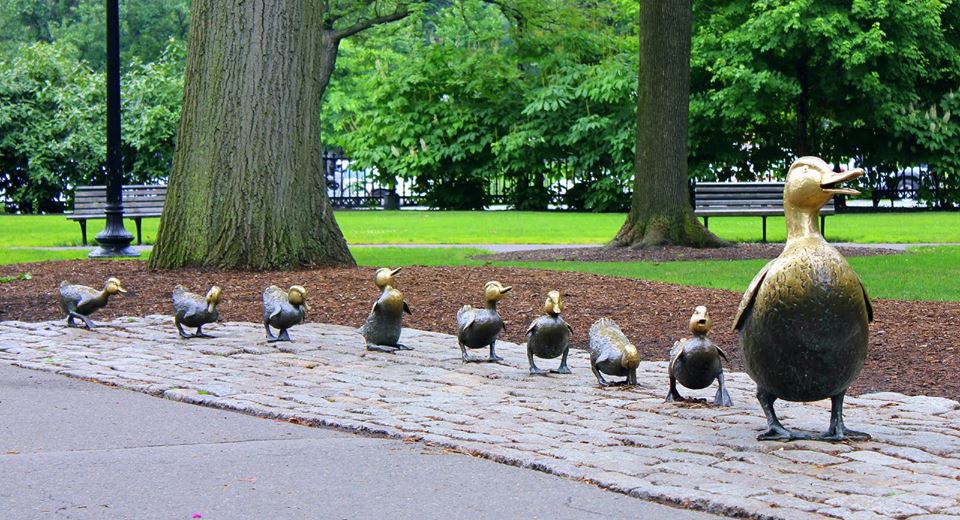 If you have a little one at home, you may have noticed that many of their favorite bedtime reads have one thing in common: They are set in New England. Some  of American literature’s finest writers hail from our neck of the woods, so it’s no surprise that the region also serves as the backdrop to some of the best children’s books of all time. Here are some favorites that should be on every young New Englander’s bookshelf!

Make Way for Ducklings by Robert McCloskey – Likely the most popular on the list, this beloved book tells the story of a family of ducks living in Boston’s Public Garden. It is the official children’s book of the Commonwealth of Massachusetts and has inspired one of the city’s most iconic landmarks, the bronze duck and her eight ducklings created by Nancy Schön that’s located in the Public Garden near the corner of Beacon and Charles streets.

Blueberries for Sal by Robert McCloskey – Another one by McCloskey, this story is set in a small town in Maine. Sal and her mother set out to pick blueberries to can for winter when they encounter a bear cub and his mama in search of the same thing.

One Morning in Maine by Robert McCloskey – A follow-up to Blueberries for Sal, this book gives a delightful slice-of-life look at small town Maine.

Pollyanna by Eleanor H. Porter – A classic, Pollyanna is the story of an orphaned eternal optimist who goes to live with her stern aunt in a small town in Vermont. Her infectious positivity soon spreads through the entire town. The term “Pollyanna” has become a popular moniker for someone with the same sunny outlook. In 2002 the citizens of Littleton, New Hampshire, unveiled a bronze statue in honor of Porter, one of the town’s most famous residents. The statue depicts a smiling Pollyanna, arms flung wide in greeting. Littleton also hosts a festival known as “The Official Pollyanna Glad Day” every summer.

Miss Rumphius by Barbara Cooney – The delightful story of the fictional Miss Alice Rumphius, who (like many of us) longed to travel the world, make the world more beautiful and return to live in a cottage by the sea. The story is thought to be inspired by the real Lupine Lady of Maine, who planted this stunning flowers’ seeds all around the state.