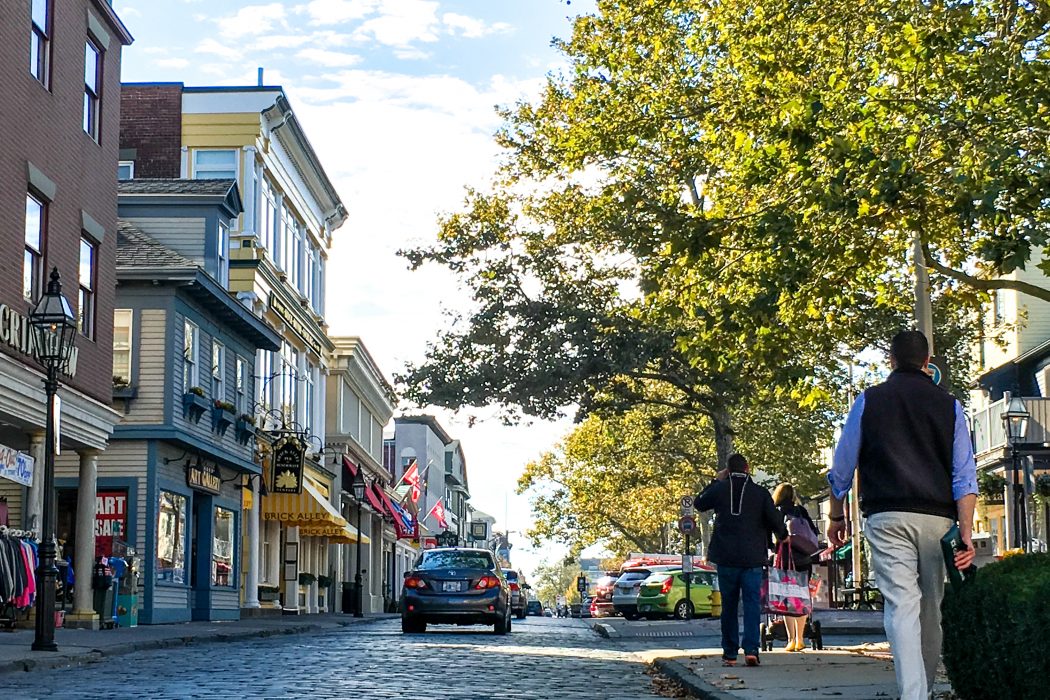 Newport, Rhode Island’s Thames Street runs parallel to the harbor and is the city’s oldest street. The narrow one way is bordered with historic colonials that are occupied by local shops and restaurants. “The architecture for much of Thames Street hasn’t changed much—it maintains its small-town New England charm,” says Andrea McHugh, marketing and communications manager at Discover Newport. “When you look at historic photos, you can see the same framework, businesses have changed, but the infrastructure hasn’t. The upper and lower sections of the street have a collection of shops and restaurants that embrace this nautical village’s roots. Lemon & Line’s (421 Thames Street; lemonandline.com) flagship store is on Thames where they make bracelets out of maritime materials; the Newport is the original square knot design used with braided rope and a sterling silver clasp. Style Newport (306 Thames Street; stylenewport.com) creates custom-made jewelry using nautical signal flags and next door Shore Soap Company (302 Thames Street; shoresoapco.com) makes all their soaps and lotions, which are inspired by the sea—such as Catching Waves made with oil and coconut oils and sea salt and Mermaid Kisses Lotion with shea butter and sea buckthorn extract. Savor the seaside bounty at a more than reasonable price at Benjamin’s Raw Bar (254 Thames Street;  401-846-8757), which has specials that include $1 oysters and $.75 clams. At Bouchard Restaurant (505 Thames Street; bouchardnewport.com) chef and co-owner Alfred Bouchard created a refined French menu using local ingredients including the re-stuffed roasted lobster and scallops with truffle, gruyere cheese and lobster sauce. In 2014, Bouchard and his wife Sarah opened the Revolving Door (509 Thames Street; revolvingdoorri.com) where they invite chefs from around the world to create a new menu for two to four weeks at a time. Want more history? Have a drink at a bar that was the gathering place for colonists, the White Horse Tavern (26 Marlborough Street; whitehorsenewport.com) just off Thames Street opened in 1673 is the oldest tavern in the United States. Closer to the water, Newport’s wharves are dotted with more restaurants and shops. On Bannister’s Wharf, sit in one of the Adirondack chairs outside the Coffee Grinder (33 Bannister’s Wharf; coffeegrindernewport.com) and have a view of the harbor while sipping on authentic Italian espresso drinks. On the way, you’ll pass the Clarke Cooke House (24 Bannister’s Wharf; 781-849-2900), where proper dress is required for an intimate dining experience in the SkyBar with harbor views.