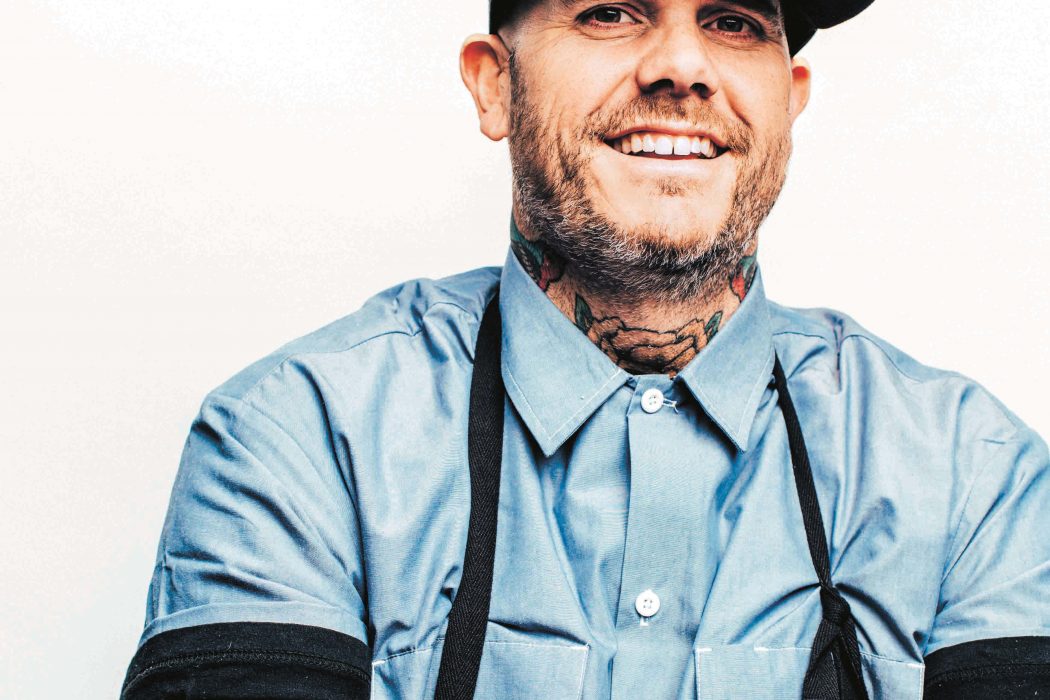 What comes to mind when you think of New England cooking? Baked beans? Lobster? Blueberry pie? For award-winning chef Matt Jennings, it’s a topic he enjoys so much that he has written “Homegrown: Cooking From My New England Roots” (ARTISAN, a division of Workman Publishing Co., 2017), a comprehensive debut cookbook written in an engaging conversational tone. Organized by landscape—Dairy, Ocean, Farm, Garden and Orchard, Forest—more than 100 recipes are perfect for both family dinners and entertaining. Jennings, chef/owner of Boston’s acclaimed Townsman restaurant, shares two of them that are particularly suited to warm you up on a chilly New England winter day: Milk-Braised Chicken Legs with Spiced Rice and Orecchiette Bolognese.

We spoke to Jennings recently and here are some excerpts from our interview.

NEL: How do you define New England cooking?

MJ:  It’s ever-evolving. The consumers’ and media’s desire to put food into categories is a mistake. It’s more nuanced; there are so many influences that go into creating regional food. I like to use historical New England concepts as a springboard, and I hyper-focus on seasonality. New England is the gateway to America and everyone has brought their own cultural touchstones to our cuisine, like the Portuguese influence from New Bedford, Italian from Boston’s South End and, for me, a Latino influence from my cooks.

NEL: What are the main differences between Farmstead (Jenning’s previous restaurant in Providence) and Townsman?

MJ: The scope and size are different; we went from 34 to 134 [covers]. The learning curve was very sharp and I’m still learning as I go. The goal here at Townsman is to take the ethos Farmstead was built on and present it in a more cosmopolitan way. Driven by the same principles as Farmstead, Townsman brings a modern feel to farmhouse dining.

NEL: Why did you organize the cookbook by landscape rather than season?

MJ: It was so hard to write because I felt I had to do justice to the region. I wanted to represent not just my own perspective, but those of others as well. What defines us? It’s the geography, how we benefit from that as chefs and cooks.

NEL: You say in your cookbook, “Growing up in a coastal community helped shape the person and the cook that I’ve become.” In what ways?

MJ: There’s something special about growing up in a coastal environment. New Englanders have a reputation of being earnest, slightly calloused, of knowing what hard work really is and of creating opportunities, not waiting for them. There’s also our fickle weather, a rawness that informed me as a human being as well as a chef. This includes not wanting to waste anything, being grateful for what we have and doing justice to food that is reserved, not refined.

NEL: In your career, who inspired you most?

MJ: My mom is an awesome cook, so I grew up around great food. She makes her own cheese and pickles and she smokes bluefish. Also, I spent some time with Julia Child. I was her personal shopper at Formaggio [in Cambridge, Mass.] right before she died. My time with her was fleeting but it provided a moment of introspection. She appreciated the smallest things … just a simple mustard spread on a ham. She was quite the force, even on her scooter.

NEL: If you were to open another restaurant focusing on a different type of cuisine what would it be?

MJ: That changes from week to week. I’ve been through a major lifestyle change and redesigned my own diet. It’s more health-focused, high-nutrient and plant-based … a departure from what I’m known for. The conversation is about moving the protein to the side of the plate instead of putting it in the center.