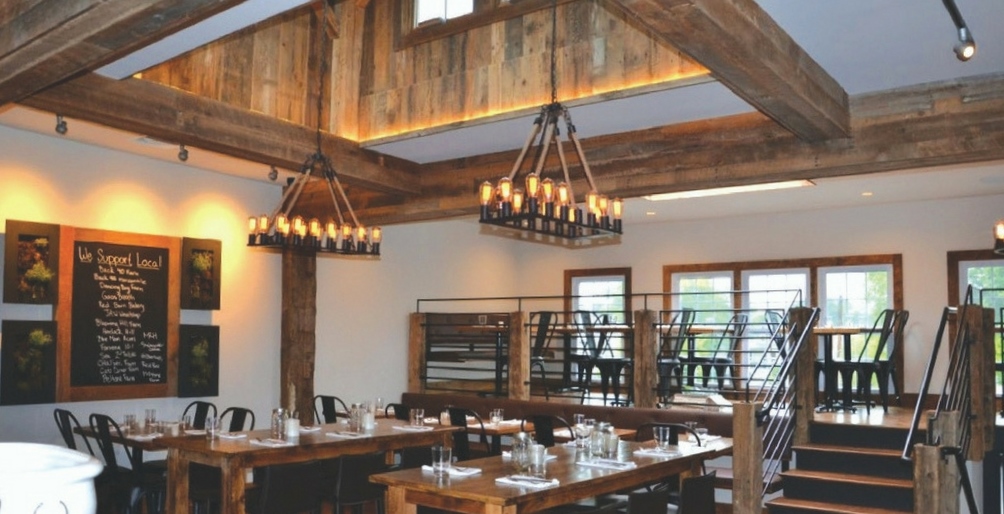 In New England Living magazine, we featured six great main streets in New England. With the Greenwich, CT episode of New England Living TV airing later this month, we thought we’d share writer Kelly Chase’s picks for places to shop and dine on Greenwich Avenue, the main thoroughfare of what is perhaps the most well-known suburb of the Big Apple:

Less than an hour from New York City and situated in one of the wealthiest counties in the United States, Greenwich boasts a shopping mecca of high design and luxury fashion. Start at the top of the tilted avenue and come across big names in retail such as Saks Fifth Avenue (205 Greenwich Avenue), Tory Burch (255 Greenwich Avenue), Lilly Pulitzer (92 Greenwich Avenue) and Ralph Lauren (265 Greenwich Avenue). Richard’s (359 Greenwich Avenue) keeps fashion profiles of their clients, so employees know exactly what clothing they have, what they like and what items to alert them about when they come in. Also, the Restoration Hardware (310 Greenwich Avenue) is the only one in the area with a baby section, which draws many new parents. At Christmastime, a line of people snakes down the sidewalk at Hoagland’s (175 Greenwich Avenue), which has been on the strip since 1937, and is a popular place for engaged couples to register for fine china and later on to buy high-end baby gifts. With all that shopping you’ll need to refuel, and there are plenty of fine dining options at the top and bottom of the avenue. Elm Street Oyster House (11 West Elm Street) has been serving fresh seafood dishes for over 20 years. Sidle up to the marble bar for a plate of fresh oysters—there are six varieties daily. With wooden farm tables, beams and chandeliers, you’ll feel like you’re inside a barn at the Back 40 Kitchen (107 Greenwich Avenue), and you should since the restaurant has its own working farm, where they harvest many of the menu’s ingredients. Dishes range from grass-fed beef with turnip puree, king oyster mushrooms and baby carrots to curried chickpeas over wild rice, winter roots and cranberry. Near the bottom of the avenue is celebrity chef Geoffrey Zakarian’s Greenwich version of The National (376 Greenwich Avenue), which differs from his Manhattan concept with a focus on hardwood grilling and craft cocktails and has more of a family atmosphere. Typically crowded on weekends for lunch is Méli-Mélo (362 Greenwich Avenue). French for “hodgepodge,” the name fits since the eatery has a large selection of sweet and savory crêpes, sorbets and ice creams, as well as healthier soups, salads and sandwiches. In June, the town hosts the Greenwich International Film Festival, which attracts film stars and movie lovers to the area. Even with the absence of high-rises, you will feel part of the pulse of big city life spending a day popping in and out of stores on this thoroughfare.