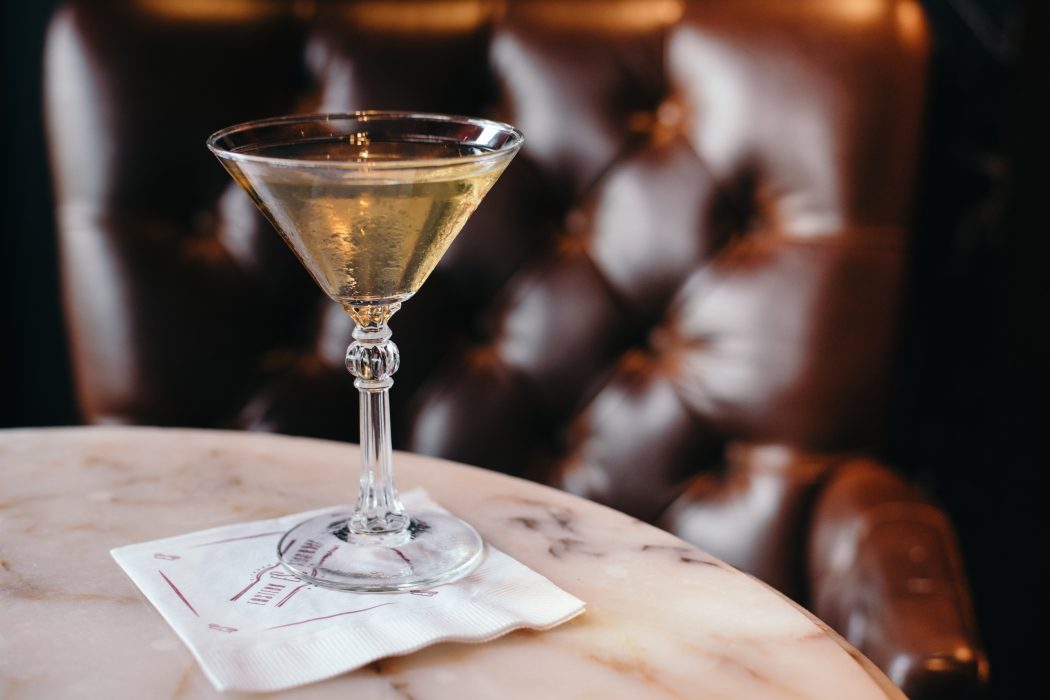 ‘Tis the season to get creative in weathering New England winters. We rounded up 15 of the region’s top mixologists to curate a list of boss beverages to toast good times. Cheers!

Will Piquette, Principal Bartender at Alcove in Boston

“I’ll drink negroni’s all year long, but once the snow starts to fall and you really have to start to bundle up; I like to change things up a bit and I’ve been working on a fun negroni variant for the winter months. I can just imagine cuddling up by a fire sipping on this cocktail and watching the snowfall.

“My favorite drink to make this time of year is a cinnamon old fashion. The slightly sweet flavor of the cinnamon brown sugar and the subtle burn of the whiskey make it a great way to warm up during the colder months in the city.“

“When I think about winter cocktails I think about how I want to enjoy them, cozy and curled up by a fireplace. I love a good boulevardier this time of year. The rye with a hint of winter citrus wraps up the flavors of the season and is perfect for a snowy day.”

John “Murph” Murphy, Reflections at The Row Hotel in Somerville

Murph knows a bit about this drink including its history – that the name originated from the “Cobbles” of ice in it. He finds the Cobbler to be approachable and tasty – a good combo!

“The drink is complex, yet has a smooth finish. It has the perfect hint of baking spice from the Angostura bitters.”

David Buchman of Forge & Vine at the Groton Inn in Groton

“There is no better way to start the New Year than with a drink that will warm your soul,

while also guilt-free, made with carrot juice cocktail, ginger, and bourbon.”

“When it comes to winter drinks brown spirits often dominate the discussion, warming imbibers up when it matters most. These days one of my go-to beverages has been the Old Cuban – basically, a tricked out and classy version of a mojito featuring, rum, lime, mint, sugar, angostura bitters, and sparkling wine. One or two or a few of these will certainly help take the sting out of your winter this year.”

“Bourbon and Aztec chocolate are sharp flavors, perfect for a cozy winter drink. The chai and hibiscus add a touch of freshness to even out the flavor profile.”

“It is a delicious blend of rum and spices, which provides a combined flavor of summer and winter in one glass.”

“Frothy and vanilla-y with a hint of banana, this drink feels comforting and refreshing during the winter months. Kind of like a grownup milkshake!”

“Winter is the best season for citrus fruits – limes are a bit more aromatic and release more essential oils. Privateer Distillery in Ipswich, MA makes a beautiful amber rum that has notes of coconut, vanilla, and toffee. Combining that with the clove and cinnamon spices from Angostura Bitters, it’s a match made in heaven.”

“I like the Vagabundo as a selection for a favorite winter drink because I like to enjoy a spirit-forward cocktail on a cold night, especially one like this that has the warming spices from the allspice and Torino vermouth and the smokiness of the mezcal.”

Michael loves whiskey in the winter. It’s warm, it’s complex and yet so simple at the same time. That’s why I gravitate to an Old Fashioned. The combination of sweet, citrus and bitter brought together by the flavors of a decent whiskey makes for the best winter cocktail. It is perfect for a cold winter night in front of a fireplace.”