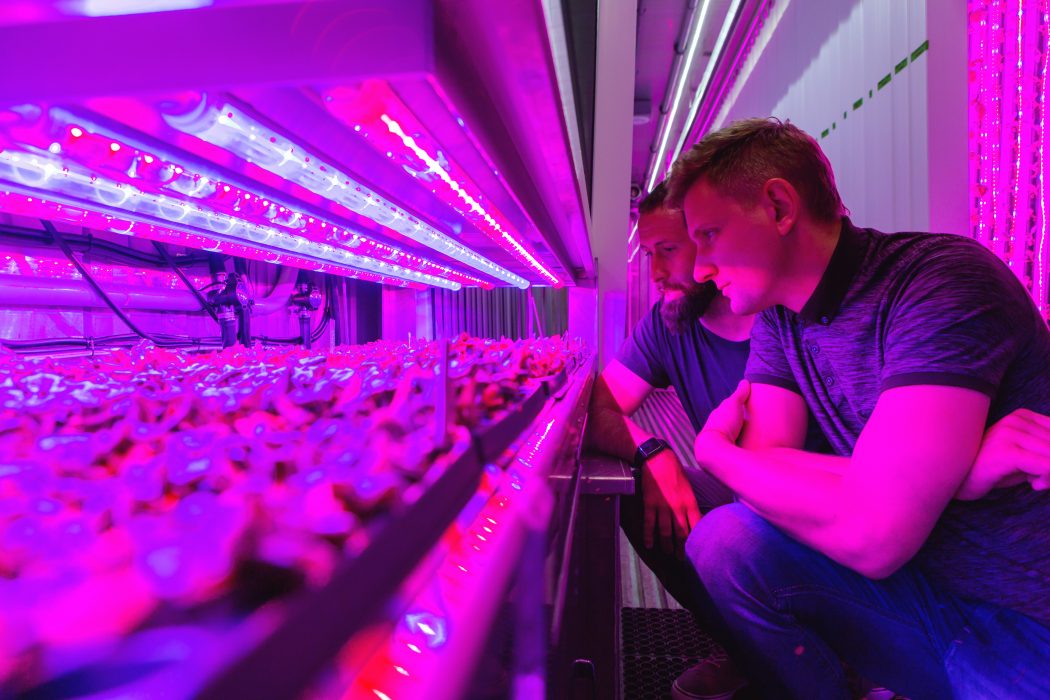 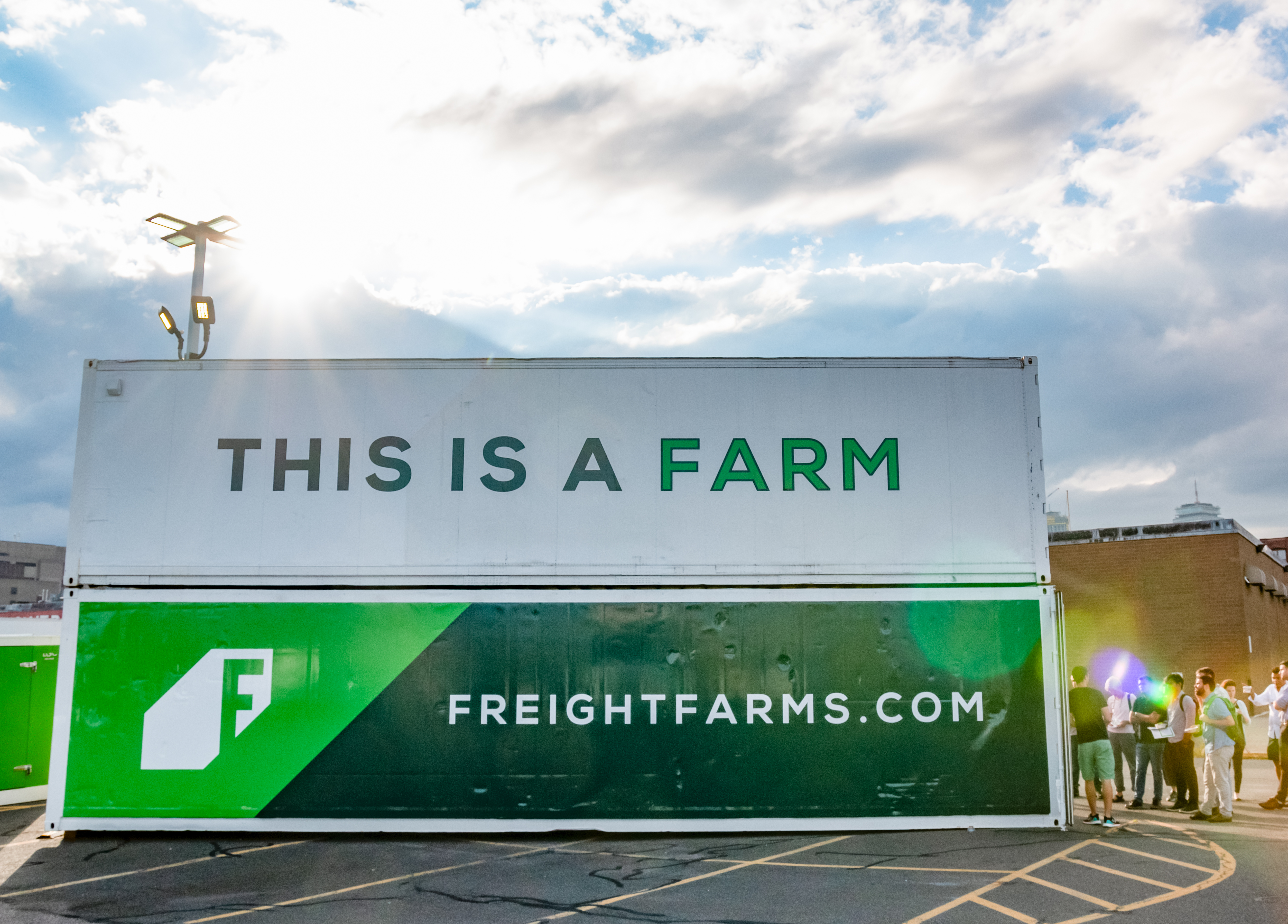 Growing up, I didn’t like greens very much. I know—scandalous for the cofounder of a farming innovation company. But really, can you blame me? In New England, all I knew was iceberg lettuce that you drenched in dressing just to get some flavor. If things got really fancy, you might find romaine on the plate as well.

It wasn’t until I was in my thirties, pursuing a combined MBA and Environmental Studies degree at Clark University, that I became acutely aware of the workings of the global food system. Did you know that 95 percent of lettuce you find in stores comes from the West Coast? I sure didn’t at the time. Suddenly, it all made sense: the greens of my childhood were tasteless because they had traveled across the country to my plate. The wheels in my head began turning. 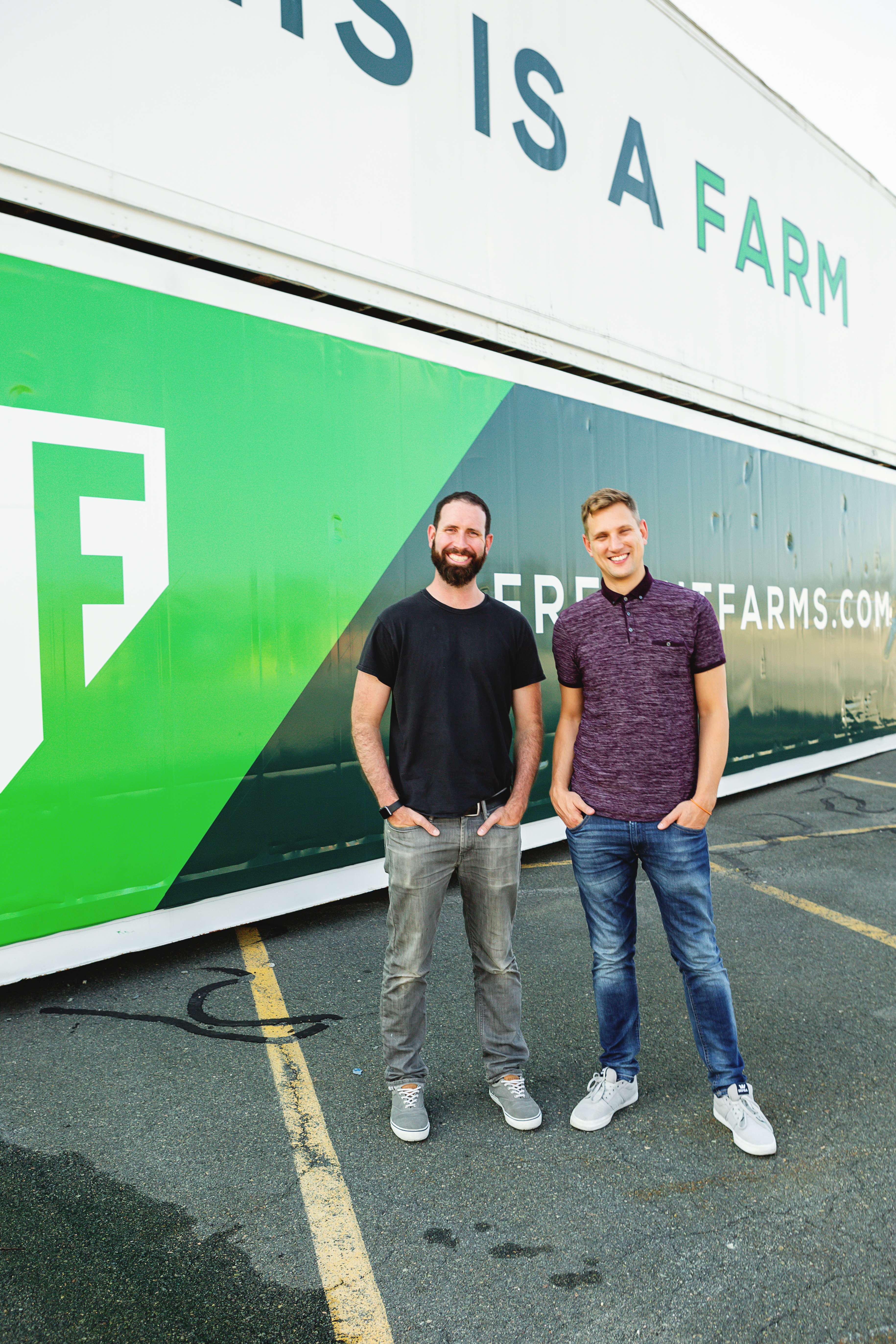 That’s when my friend (and future Freight Farms cofounder) Jon Friedman and I decided to change the system. With all the advancements in technology we’d witnessed in other industries, we wondered if we could innovate a way to source locally grown produce in the middle of the harsh New England winter. We knew we wouldn’t be the only ones excited by change in the food system—restaurants, schools, grocers, and Boston farmers all had something meaningful to gain from better access to fresh, local food. And so our journey to decentralize food production began.

We began by exploring rooftop greenhouse technology, but soon found costs and logistics to be uneconomical. Setting out again for a more scalable solution, Jon, with a background in industrial design, proposed we explore the use of shipping containers.

Not only were they insulated, but they were modular, compact, and designed to travel. Essentially, they were the perfect way to bring farms to unexpected places like parking lots, alleyways, deserts, mountain tops, and other harsh climates around the globe.

Once we landed on a design idea, we were able to raise enough funds through Kickstarter to build our first prototype by hand. We called it the Leafy Green Machine. It was the first complete vertical farming system built inside an old shipping container. 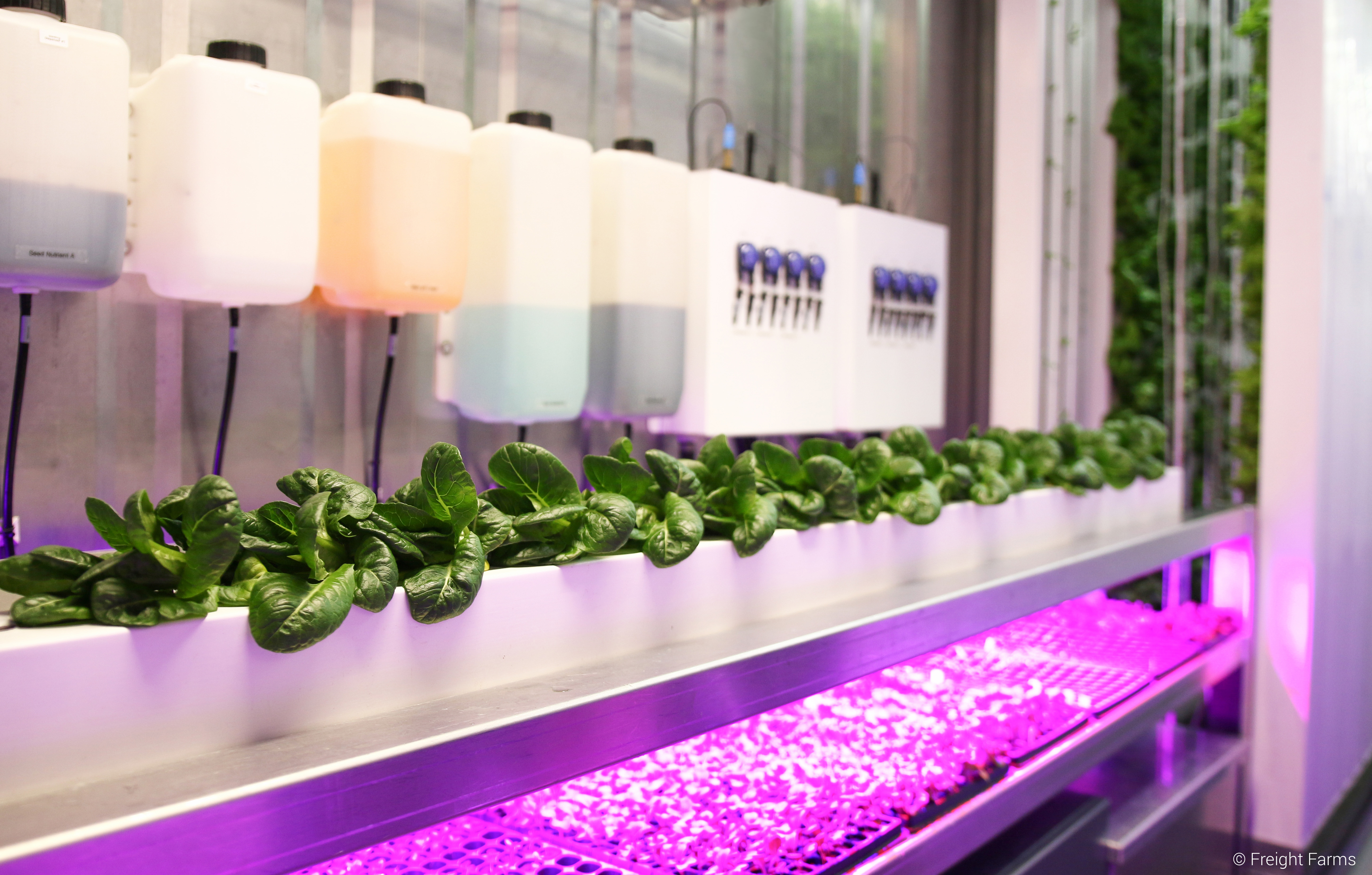 Crops grow vertically to maximize the space inside the container. The Leafy Green Machine can produce the equivalent of 2 acres of traditional farmland in just 320 square feet. 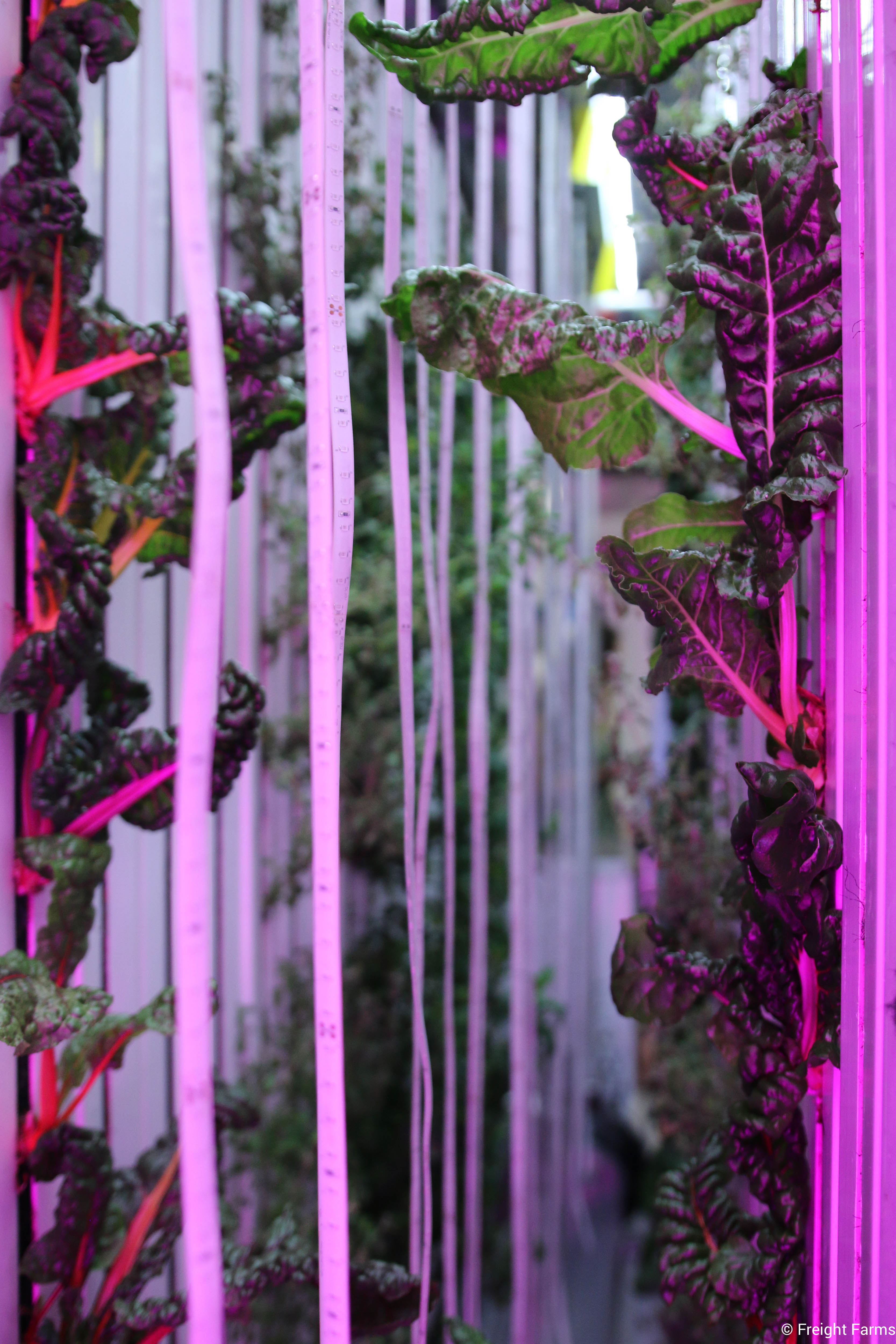 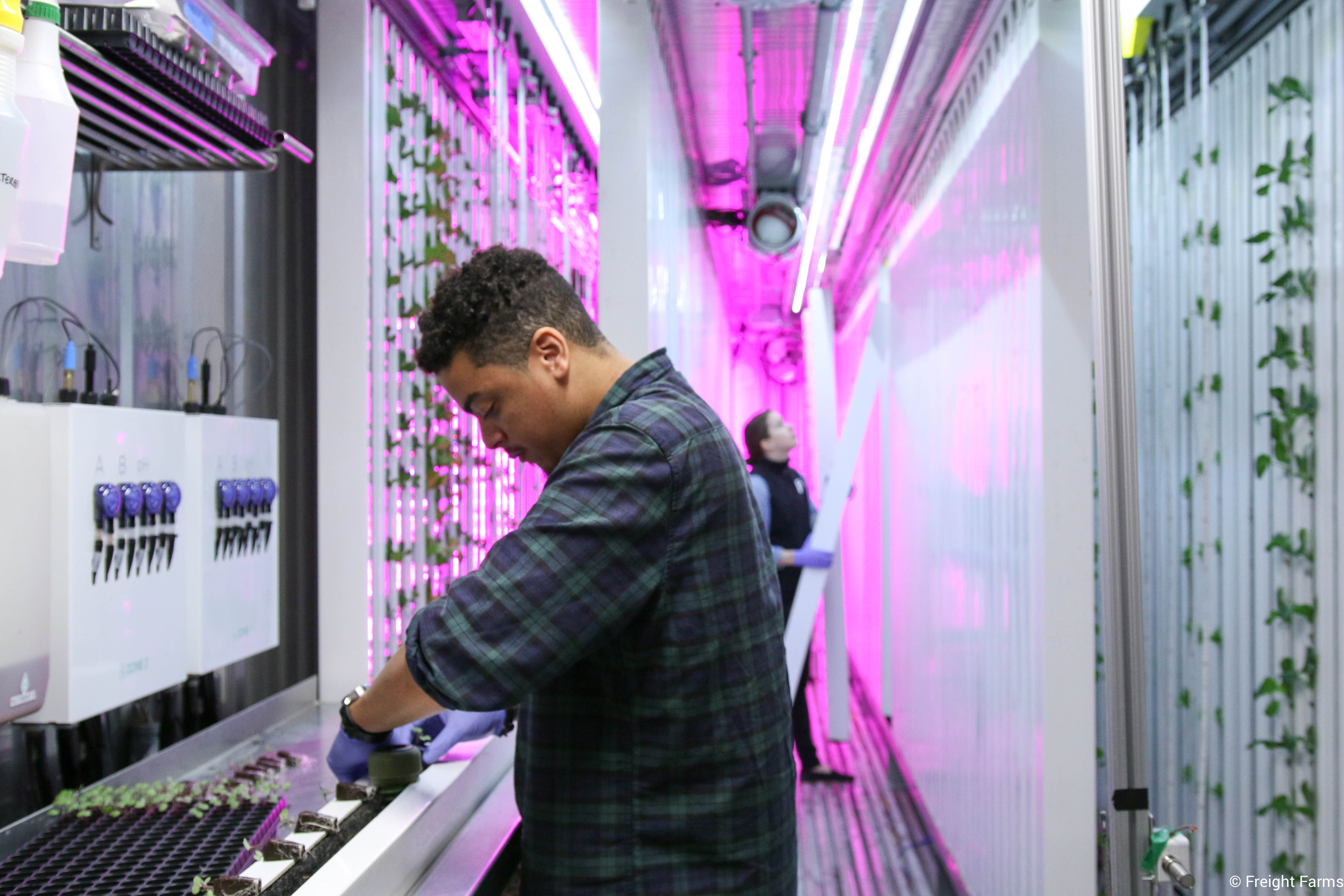 That was seven years ago. Today, Freight Farms technology has given hundreds of people around the world the power to grow their own food. Our customers range from grocery stores and food banks to entrepreneurs and schools, each with their own mission of improving access to fresh food. The applications have reached far beyond what we could have imagined, but it makes sense…everyone needs fresh produce.

For me, the most rewarding part of starting this business has been meeting people who were like me 10 years ago. Their knowledge of greens is limited to the sad, tasteless lettuce that makes its way into stores weeks after being harvested thousands of miles away. Meeting these folks, offering them some hydroponic produce picked just hours beforehand, and watching as their minds are blown by the complexity of flavor and texture—that’s how I know that what we’re doing at Freight Farms is right. By giving people access to food that is uniquely fresh, flavorful, and high-quality, we have the ability to change how entire communities relate to healthy eating.

Myself? I still indulge in the occasional wedge salad with iceberg lettuce, but most of the time you’ll find me munching on wasabi arugula and rouxai red oakleaf lettuce harvested right from our office farm. Never heard of those? I cordially invite you to our office to have a taste for yourself.

Text by Brad McNamara, CEO and cofounder of Freight Farms