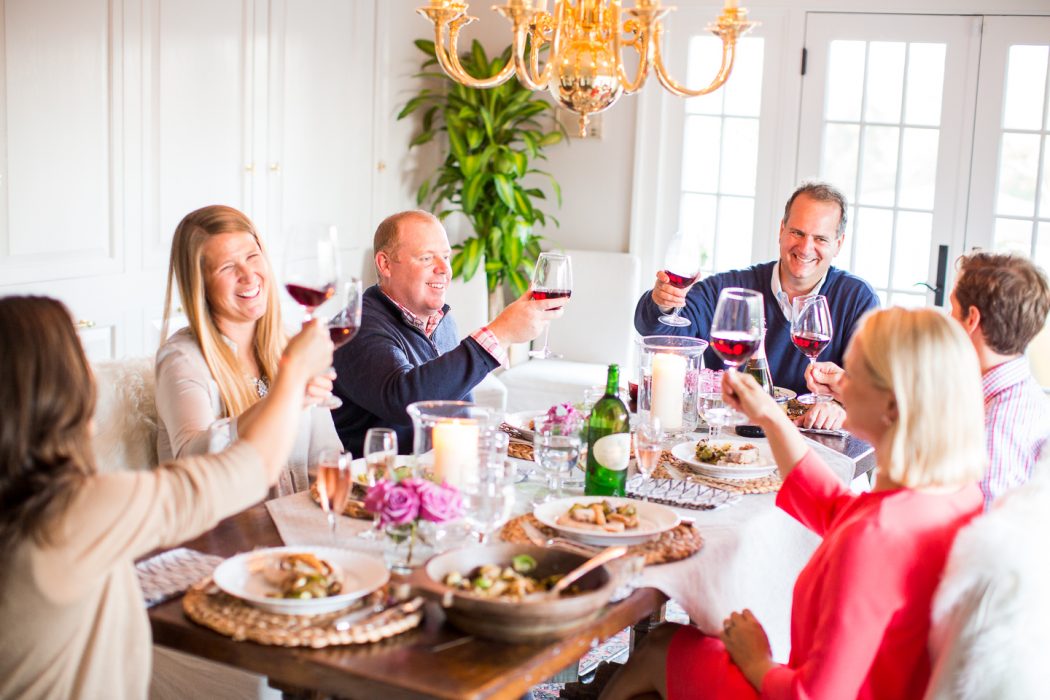 A well-stocked bar is a crowd magnet. Plus it’s fun to have a signature party cocktail. Here’s a drink recipe and a few wine suggestions that will immediately upgrade your dinner party drink menu.

Fresh-pressed apple cider, sweet and spicy cinnamon and a rich and heady rum make this one of our favorite house cocktails. A blast of fresh lemon at the end keeps things bright and refreshing. Cheers!

For the Cinnamon Simple Syrup:
1. Make Cinnamon Simple Syrup by combining the granulated sugar with 1 cup water in a small pot over medium high heat. Bring to a boil, then reduce the heat to a simmer. Simmer until sugar has completely dissolved, about 2 minutes.
2. Turn off the heat and add the cinnamon sticks. Let the cinnamon infuse in the hot simple syrup for 30 minutes while it cools. Store in an airtight container in the refrigerator up to 2 weeks.

For the cocktail:
1. In a tumbler, combine the apple cider, cinnamon simple syrup, lemon juice (more or less to taste) and rum.
2. Serve over ice with a lemon wheel and extra stick of cinnamon.

This is our house bubbly that I discovered through my friend Sarah Olson and her food-and-wine pairing blog SOprepared.org. It’s under $10, dry and fruit forward without being too sweet.

It’s under $15, dry and has a slight effervescence. There is a minerality that pairs well with the briny oysters and clams. I also love that this particular Gruner has a pry-off metal cap and comes in a 1 liter bottle instead of the traditional 750ml.

From Dundee, Oregon, this Pinot is crowd-pleasing with a light body that won’t overpower the pork and Brussels sprouts but can also keep up with the lamb.  Under $15 and from a noteworthy region.

Recipe and Text by Anna Rossi | Photographs by Derrick Zellman

From “The Art of Gathering Year-Round“