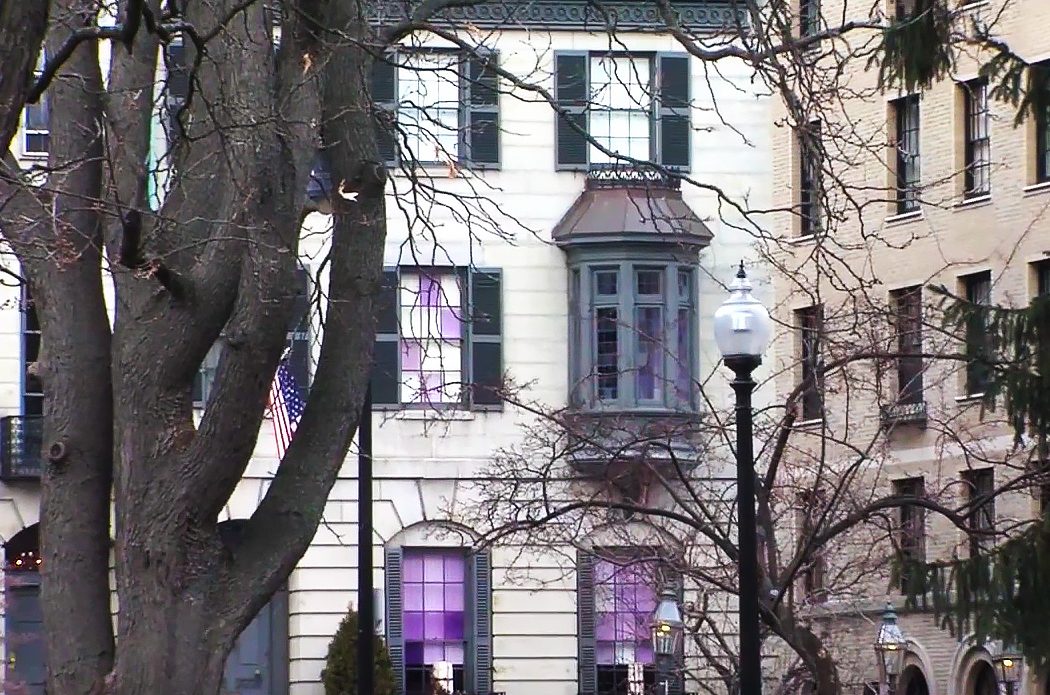 Many of Beacon Hill’s famed purple windows were the result of a nineteenth-century mistake. Between 1818 and 1824, an English company sent shipments of glass that contained too much manganese oxide across the pond and into Boston Harbor.

When the windows were installed in a number of townhouses in Beacon Hill, the glass appeared normal, but after being exposed to sunlight for an extended period of time, it began to turn purple. One local expert discovered sunlight to be the culprit. “They were painted by the magic pencil of the sun,” wrote Thomas Gaffield in a paper he presented to American Association for the Advancement of Science in 1880 after a thorough investigation.

Poetics aside, in the beginning, many homeowners were not pleased to suddenly have violet-colored views. When panes broke, homeowners searched for similar replacements, but found the glass was no longer manufactured. “The discovery of the defect is an annoyance to both consumers and glassmakers. When our Beacon Street friends could no longer obtain similar glass to replace broken panes, the insertion of colorless ones gave their windows the interesting checker-board appearance which we witness today,” wrote Gaffield.

Then a funny thing happened. Since only the most distinguished households in the most exclusive neighborhood had the purple windows, they evolved into a status symbol. At the turn of the century, homes were popping up with intentionally installed purple windows, according to the Boston Globe.

“It was a mistake but it’s beautiful,” says Cynthia.

Watch the full episode from Season 1.