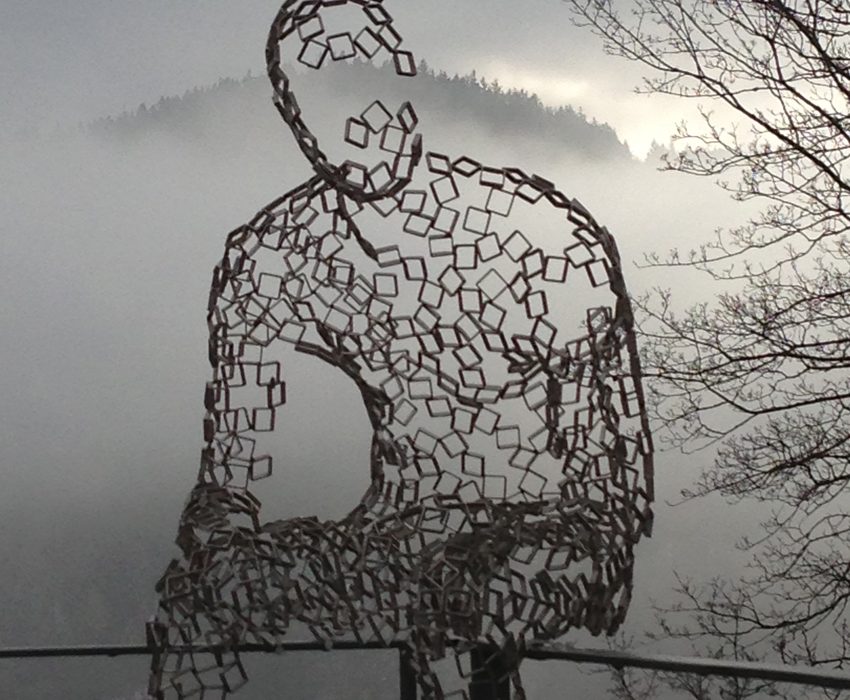 Metal sculptor Rainer Lagemann’s graceful human forms seem so alive that they’re sometimes mistaken for real people. “The last thing I want is for them to look like mannequins,” says Lagemann of his sculptures. “The learning process is—how can I transform this into something that’s alive?” Square by metal square, Lagemann creates his human figures. Each piece is fashioned from fragments of metal pipes and every single one plays a part. Lagemann says that just a small adjustment, twist or turn of one part can make the larger sculpture come to life.

Born in Germany, Lagemann studied interior architecture at F.H. Detmold in Germany. In 1988, he moved to California and started his first company, Bay Window Coverings, a design firm. He then began crafting and selling high-end furniture through what would become his second business, The Magazine. After selling both companies years later, he was wondering what to do with himself. “An artist friend said, ‘Why don’t you come down to my shop and try welding?’”

It didn’t take long for Lagemann to become obsessed. “I could finally start to express all I had learned in my life,” he says. He gravitated toward sculpting the human form, as one of his earliest influences was the late Polish sculptor Igor Mitoraj. “My first sculpture was of a torso,” says Lagemann, whose work has been widely exhibited in the United States and worldwide including venues in Singapore, Malaysia, and the Netherlands.