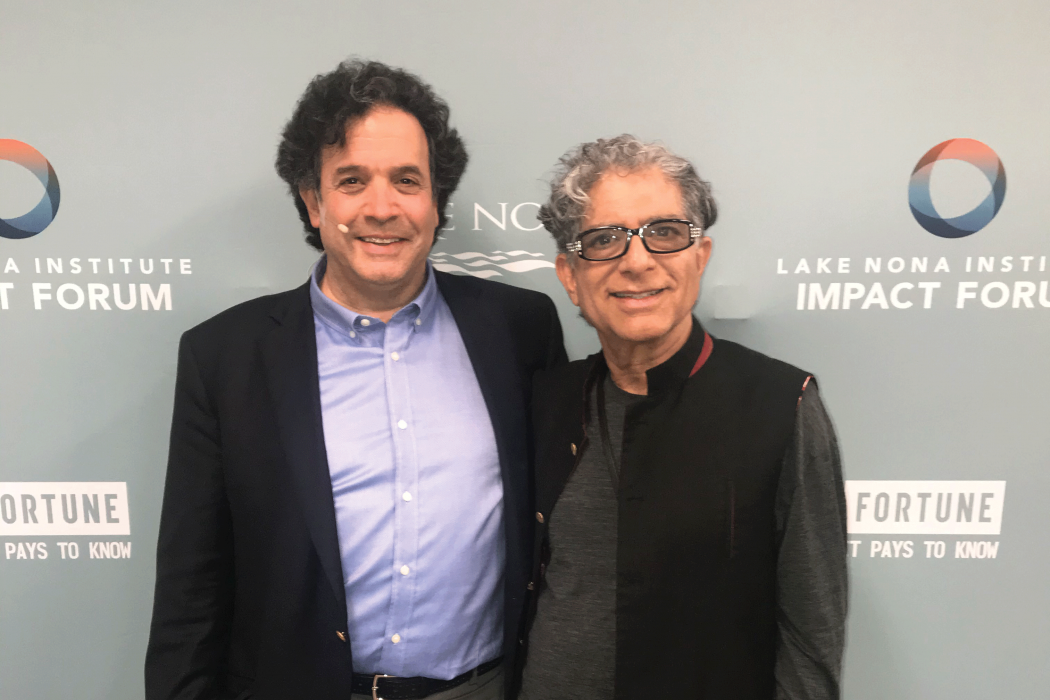 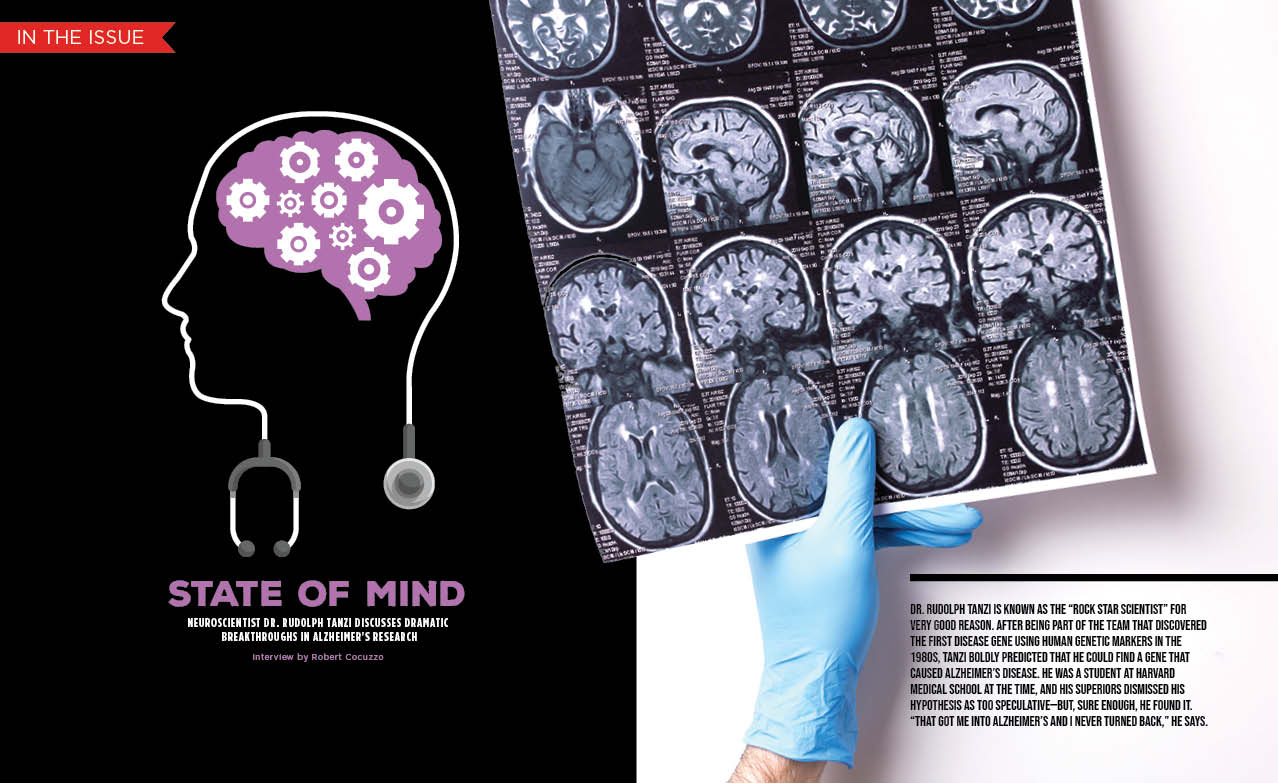 Dr. Rudolph Tanzi is known as the “Rock Star Scientist” for very good reason. After being part of the team that discovered the first disease gene using human genetic markers in the 1980s, Tanzi boldly predicted that he could find a gene that caused Alzheimer’s disease. He was a student at Harvard Medical School at the time, and his superiors dismissed his hypothesis as too speculative—but, sure enough, he found it. “That got me into Alzheimer’s and I never turned back,” he says. 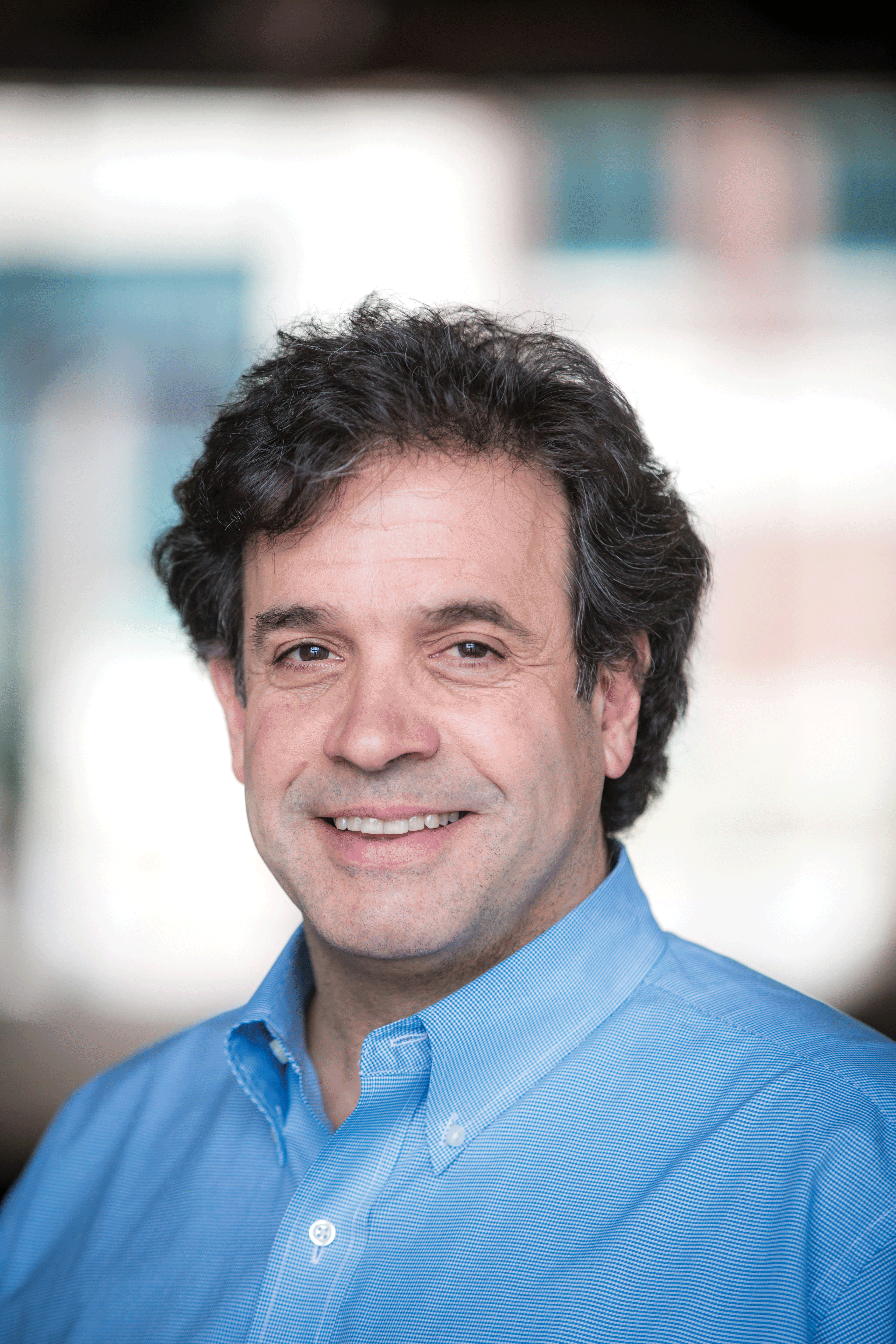 Today, as the chair of the Cure Alzheimer’s Fund Research Leadership Group, Tanzi is the tip of the spear when it comes to Alzheimer’s breakthroughs. Just this year, he and his team at Amylyx— a pharmaceutical company he helped found with funding from the Cure Alzheimer’s Fund, a nonprofit that has raised over $100 million to support research in preventing, slowing and reversing the devastating disease—discovered compounds shown to prevent neuroinflammation, one of the chief pathologies of neurodegenerative diseases like Alzheimer’s, Lou Gehrig’s disease (ALS), and Parkinson’s disease. The results were published this spring and could herald in a bright new chapter in treating Alzheimer’s patients.

Tanzi is the author of four bestselling books—three of which he co-authored with Deepak Chopra—and has won a slew of awards for his work, including being named one of Time’s 100 Most Influential People. In addition to his work at Amylyx and Cure Alzheimer’s Fund, Tanzi is also the vice chair of Neurology, director of the Genetics and Aging Research Unit, co-director of the Henry and Allison McCance Center for Brain Health and co-director of the MassGeneral Institute for Neurodegenerative Disease at Massachusetts General Hospital, as well as the Joseph P. and Rose F. Kennedy Professor of Neurology at Harvard Medical School. To round out his rock star resume, Tanzi also occasionally plays the keys with Joe Perry and Aerosmith. 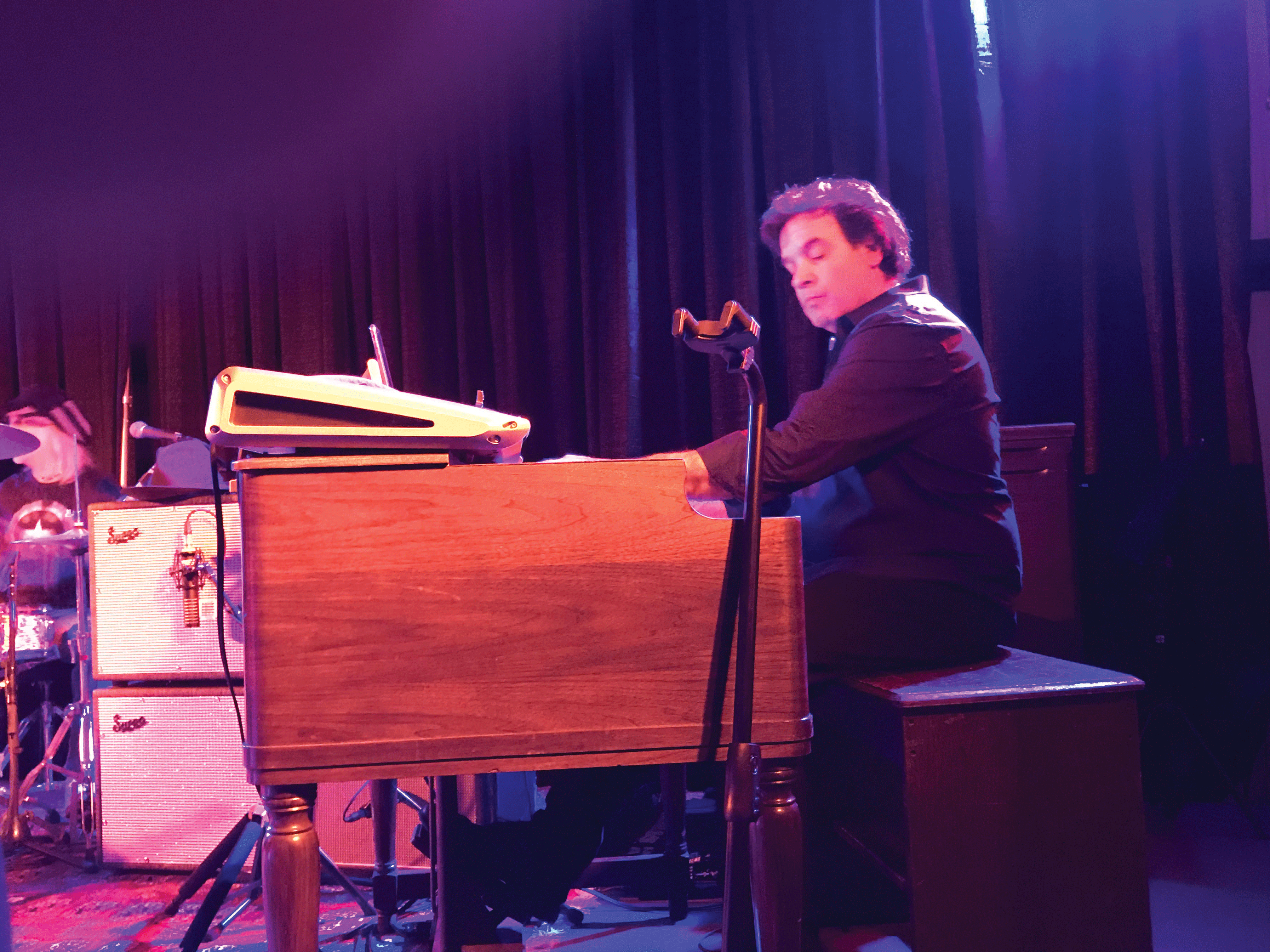 New England Living spoke to Tanzi to learn about his latest breakthrough, as well as ways people can strengthen their brains against the onset of neurodegenerative diseases.

Can you tell us about neuroinflammation?

How do you do that?

The Cure Alzheimer’s Fund funded a company that I helped start called Amylyx. Amylyx found two compounds that together were able to protect the nerve cells against neuroinflammation. They tried it in an ALS trial, which was supported by the Cure Alzheimer’s Fund as well as Pete Frates’ Ice Bucket Challenge. Luckily, Pete Frates learned about this news just days before he died.

The news is that this ALS trial that was spearheaded at Mass General using the Amylyx therapy got successful results. The clinical trial showed that the drug works in ALS patients to slow down the disease by protecting the nerve cells from neuroinflammation. It’s very exciting because this is the first therapy that helps protect nerve cells from dying due to neuroinflammation. It was done in ALS, but if it works there, you can predict that it should also work in other diseases where neuroinflammation kills cells, which includes Alzheimer’s and Parkinson’s.

The hope is the drug first gets approved for ALS within the next year or so, and in the meantime, we’ll see how it does in Alzheimer’s. There’s a good chance that thanks to the funding from the Cure Alzheimer’s Fund the first neuroinflammation drug might be looking at approval over the next year or so.

For those not currently afflicted with a neurodegenerative disease like Alzheimer’s, what would you recommend they do to strengthen their brains?

I wrote three books with Deepak Chopra about this topic. The newest book—The Healing Self— hits on it the most. It has an action plan about how to strengthen your brain and build up your resilience against Alzheimer’s disease and other brain disorders. An easy way to remember that action plan is the acronym SHIELD.

What does S stand for?

Sleep. Sleep minimally seven hours but preferably eight. Instead of five or six hours when you were thirty, get seven or eight. By the time you’re over sixty, get eight or nine hours. Force yourself to do it. If you can’t sleep through the night, take naps. Sleep is when you clean a lot of debris out of your brain that causes problems.

What do H and I stand for?

The H stands for Handling Stress. Try to manage your stress levels and meditate if you can. The I stands for Interaction and staying socially engaged. The brain likes when you’re socially interacted. Loneliness is a risk factor for Alzheimer’s. Not being alone, but being alone and not liking it—that’s loneliness.

What does E stand for?

Exercise. We published papers with the support of the Cure Alzheimer’s Fund [showing] that exercise induces the birth of new nerve cells in the brain and helps improve cognition and protect against Alzheimer’s. So even if it’s an hour or just a brisk walk a day, move and get that blood flowing.

What does L stand for?

Learn New Things. When you learn new things you make new connections between nerve cells, what are called synapses. The more synapses you make, the more you can lose, before you lose it. So I tell people, as you’re getting older, build up your synaptic reserve. That doesn’t mean brain games. Read books, learn an instrument, watch documentaries. Do what you can to learn new things, because that builds up your neuro network and your synaptic reserve. At the end of the day, dementia correlates with the loss of synapses, so the more synapses you make, the more resilience you’re creating against the ravages of that pathology that come with age.

And finally the D?

Diet. The Mediterranean diet is shown to be the most helpful to the brain. Lots of plants, plant fiber, less red meat. Stop processed foods. Minimize red meat and have a more plant-based diet, vegetables, fruits, olive oil, seeds, whole grains. Plant fiber feeds your gut microbiome. So the bacteria in your gut help keep your brain healthy and help reduce inflammation in the brain.

We’re learning more and more about the brain every day. Can you tell us how much more we have to unlock?

The big frontier in the brain is learning how the various areas of the brain are connected and how they can work together. People often say erroneously that we only use 10 percent of our brain. We’re using all of our brain, all of the time, but certain areas of the brain get turned on more than others. What’s important for brain health is to have different parts of the brain communicating with each other.

What are the different parts of the brain?

So how do those parts communicate?

How do you do that? 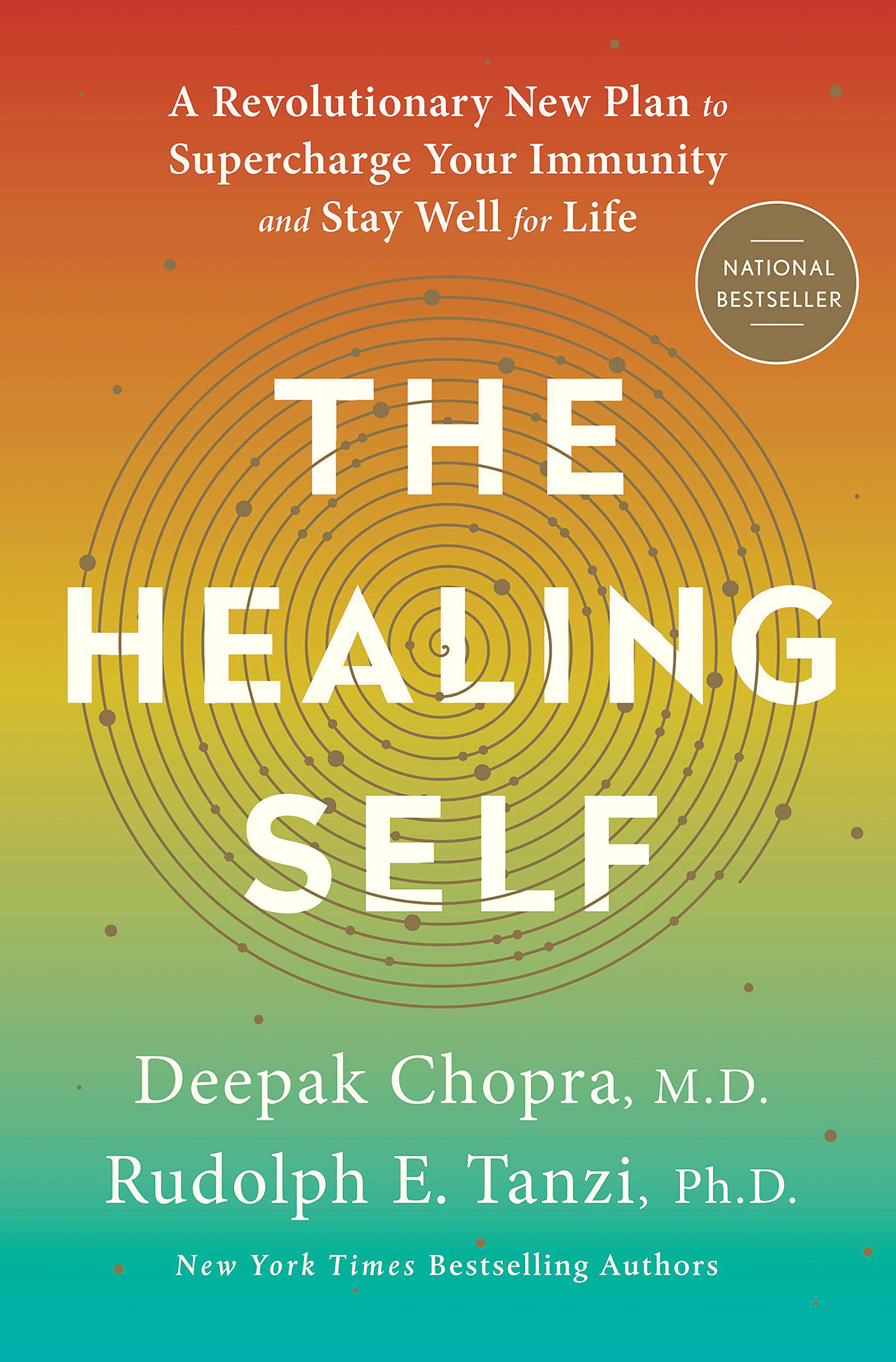 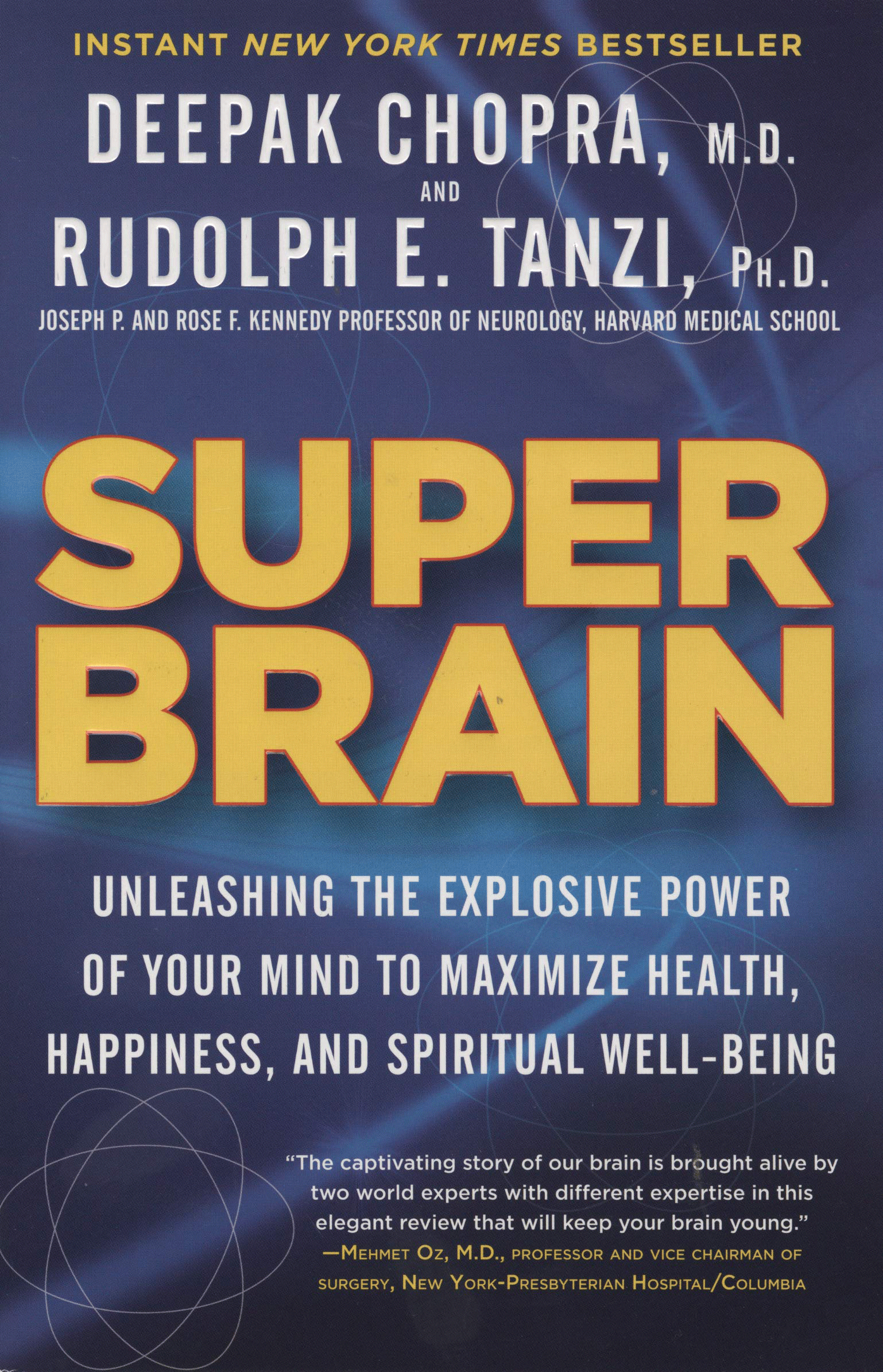 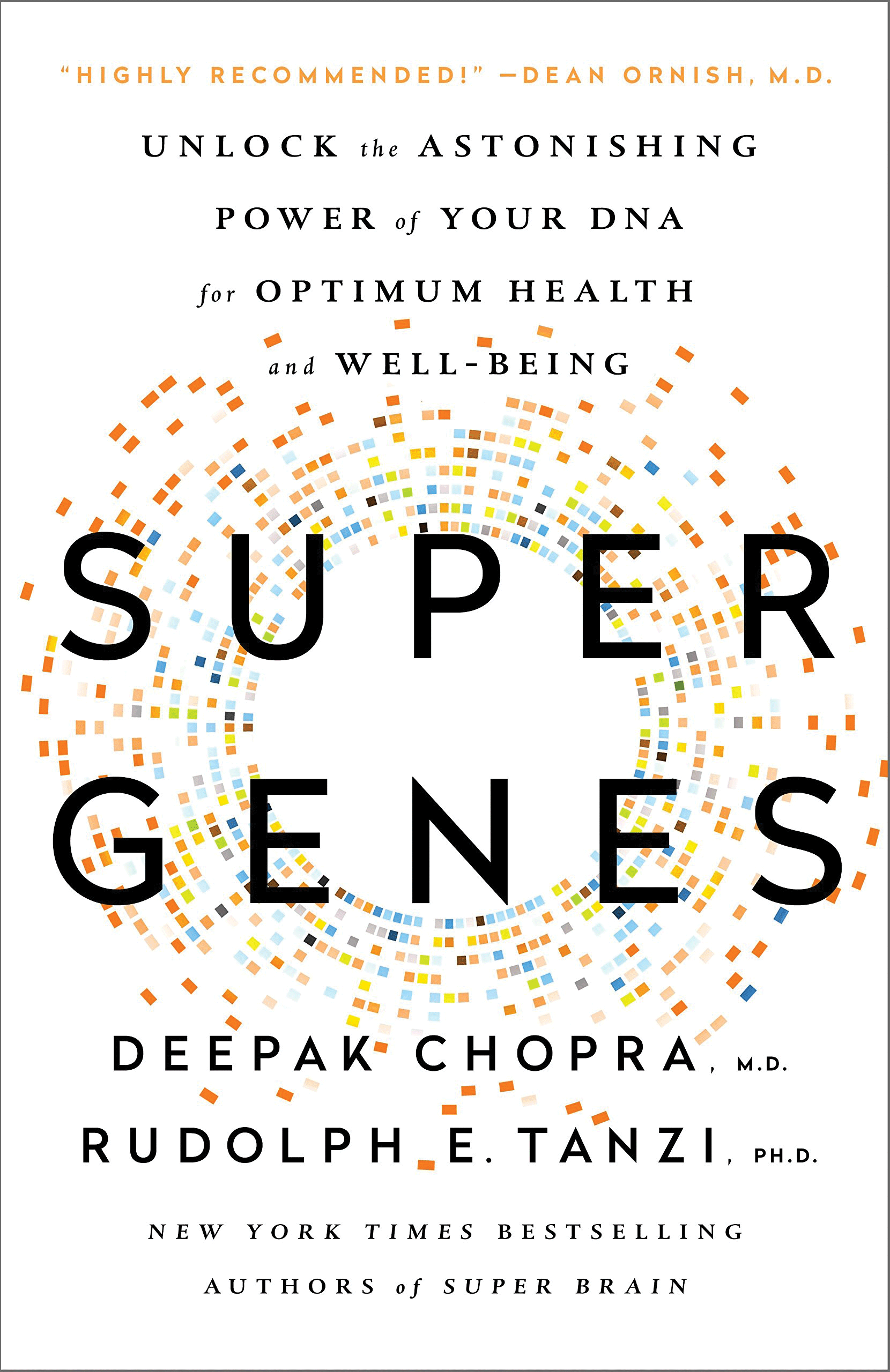