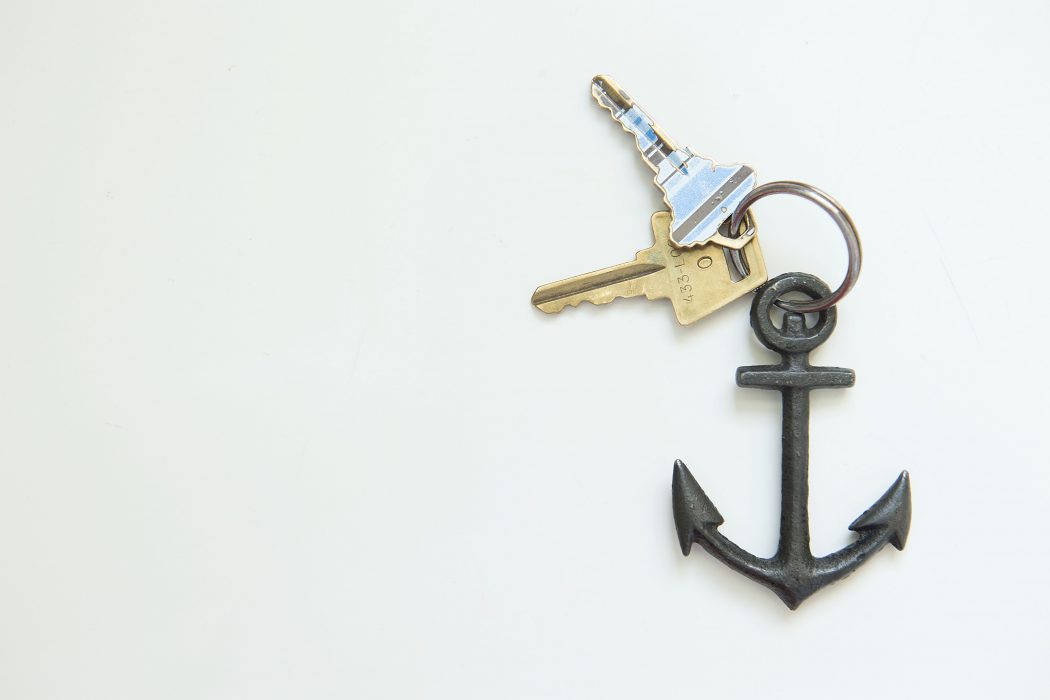 Inside the Portsmouth Athenaeum, between shelves of leather-bound books that smell of dust and age, one title caught my eye. Published in 1946, “It’s an Old New England Custom,” by Edwin Valentine Mitchell, turned out to be a wry delight, filled with odd tidbits of lore and peppered with legends. But Mitchell clearly knew the region and its people well, and many of his observations hold up today. The chapter headings may well have been the best part of the entire book, with pithy generalizations all phrased as the latter part of a sentence: To Eat Pie for Breakfast, To Have Haunted Houses, To Eat Cheese, To Thirst After Strange Gods and To Talk About the Weather.

I couldn’t check this droll book out of the private library (the Portsmouth Athenaeum is open to the public and supported by local members), but its words traveled with me as I explored Portsmouth, Rye and Newcastle. When I saw a man with straw-gray hair playing the Game of Thrones theme song on the Nyckelharpa (a traditional Swedish instrument that works somewhat like a hurdy gurdy) in Market Square, I thought back to the chapter about eccentric elderly New Englanders. And when I stopped in Corks and Curds to buy a bottle of wine, I couldn’t leave without a fresh batch of chewy cheddar curds. (When in Rome, do as the locals do, and when in New England, do as the Yankees do.)

It’s easy to get lost in this kind of romantic daydreaming in Portsmouth; this part of seacoast New Hampshire is quintessential New England. Were there tourists in Prescott Park wearing bonnets and hoop skirts rather than jeans and t-shirts, I would have believed I drove down from Maine and straight into the 18th  century. It’s a city of brick storefronts and hanging wooden signs, Federalist-style mansions and solemnly stately Colonials. A Lilliputian store called Old as Adam (owned by antique dealer Adam Irish) sells vintage haberdashery, menswear and accessories, including a striking pair of red suspenders patterned with sideshow-style strong men. There’s an old-timey cigar shop and a manicured city garden with neo-classical brick walkways. Even my hotel room in the modern Ale House Inn featured nods to the region’s seafaring history. The common room was decked out in porthole-shaped mirrors and weathered decoy buoys.

The nostalgia tour continued at Moxy, where chef Matt Louis has created a menu of small plates inspired by traditional American recipes. By traditional, I don’t mean Betty Crocker or burgers and shakes, but rather antiquated dishes like hasty pudding, stewed beans, succotash, chowders and brown bread. “The purpose of Moxy is to highlight and celebrate the culture, history and foodstuffs of our region,” says Louis. Leading up to the summer 2013 opening of Moxy, he spent months holed away in the stacks of the Portsmouth Public Library and the Portsmouth Athenaeum. He read about Puritan farming practices and Colonial recipes, and used these old-school ideas to inform his contemporary farm-to-table restaurant (a portion of their produce comes from the restaurant’s garden at New Roots Farm in Newmarket, New Hampshire).

In 2015, the James Beard Best Chef semi-finalist opened his second eatery, The Franklin Oyster House, named after a restaurant that once sat on the same property, The Franklin House. “I found a menu at the Portsmouth Athenaeum from Valentine’s Day, 1867, at the Franklin House,” Louis says. “They had oysters three times on the menu. Although many people don’t realize it, oysters have a long history in New Hampshire. Great Bay, located right here in Portsmouth, is one of the oldest natural oyster producing regions on the East Coast.” Native Americans used to eat the oysters that grew in Great Bay, as well as clams and other shellfish that lived in the nutrient-rich waters.

Louis isn’t the only chef making waves in coastal New Hampshire. In January 2017, the Boston Globe hailed Portsmouth as an “upscale diner’s town” that has undergone a “metamorphosis from neat day trip into hip foodie ‘it’ town,” praising BRGR Bar (a creatively quirky burger joint), Block Six (an al fresco destination) and Earth Eagle Brewings (famed for its gruits), among others. Amid all these newcomers, the bistro Black Trumpet still shines with its handmade pasta and creative entrees, and the ever-popular Friendly Toast does bustling business serving dozens of variations on eggs benedict, fried chicken and waffles, and other artery-clogging day-starting delicacies. (Sadly, they do not have pie for breakfast—an old New England tradition that is long overdue for a comeback.) Even as you venture outside downtown Portsmouth and into the surrounding villages and towns, you’ll still find plenty of excellent places to dig in, from the upscale Salt Kitchen and Bar in Newcastle to the trendy Native Kitchen + Coffee in Rye.

Of course, to visit Portsmouth’s hamlets you’ll need a car. Fortunately, this is a region best seen from behind the wheel of an automobile. As I drove south along Route 1A, I marveled at both the architecture and the scenery. Buildings shape-shifted, rooflines pitching and falling depending on their decade of origin. The coastline was similarly irregular. I decided to bypass Wallis Sands State Beach—a wide stretch of open sand that draws sunbathers in the summer months—in favor of a walk through the woods and marshes at Odiorne Point State Park. The trails took me from beaches to military ruins, but the most striking feature was a granite jetty that jutted into Little Harbor. Huge rough-hewn cubes and rectangles of stone created an uneven walkway over the water, providing views of both the choppy waters of the Atlantic (to the right) and a fleet of anchored sailboats waiting patiently for their masters to return (to the left).

While Rye is unmistakably a tourist town, Newcastle is a place clearly for locals. The charming island is filled with residential neighborhoods; houses emblazoned with historic plaques proclaiming their early occupation can be found on seemingly every block. The winding roads forced me to slow down, which turned out to be a very good thing, for there’s a blink-and-you’ll-miss-it sandwich shop called Henry’s Market Café located just steps beyond the center church and town hall. Behind the cobalt blue door and striped awning is one of those all-American places, where high school students assemble turkey and cranberry sandwiches with either sullen politeness or bubbly smiles, depending on their moods. As I sat outside, wrapped in a sweater and sipping a mug of coffee, I watched as a mother cautioned her three children. “Just one treat each,” she said, wagging a finger at her tow-headed little ones.

My visit to New Hampshire didn’t last as long as I would have liked. Although 17 miles of seacoast seem a manageable amount to digest in a weekend, there’s a sense of richness to this place that comes from centuries of history and the competing influences of wholesome small towns and vibrant urban sprawl. It’s a place as varied and mercurial as New England weather, with each new street leading to some obscure historic marker or delicious new discovery. You could live here for a lifetime without even scratching the surface of the area’s lore. But that, I’ve learned, is part of the charm.