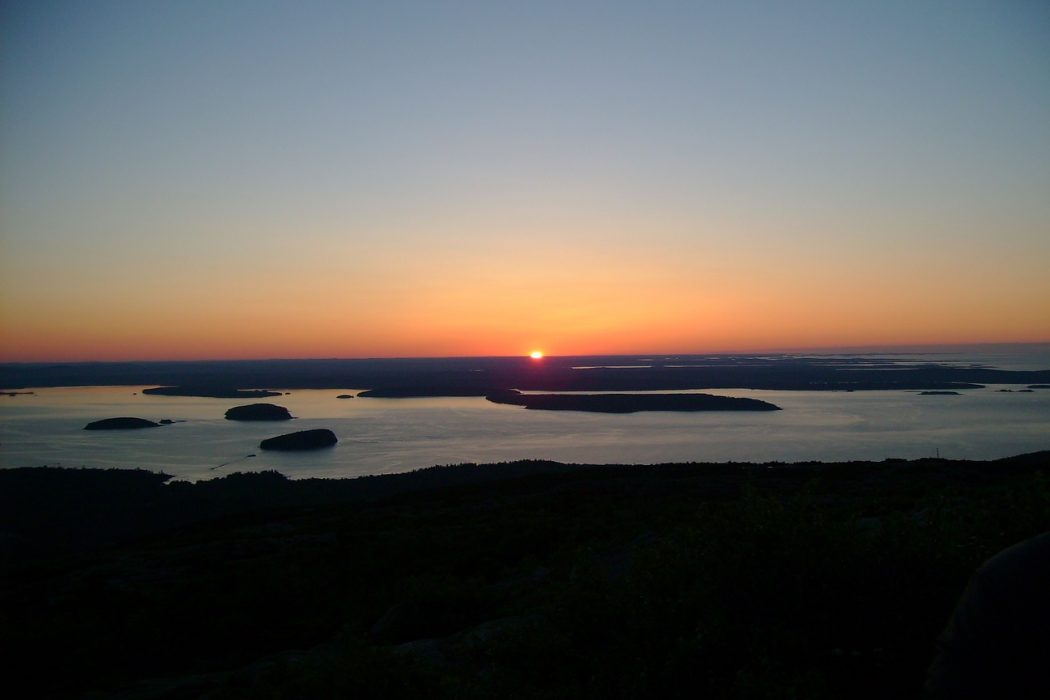 A New Year is upon us, and it begins right here in New England. If your plans take you to Maine this coming weekend, you can be one of the early birds to enjoy 2022’s first sunrise, which will occur at 7:09 AM, Saturday, January 1, on top of Acadia National Park’s 1,530 foot tall Cadillac Mountain, the highest point along the eastern coast of the United States.

According to the US Naval Observatory, the first spot to see the sun come up varies by season. As the easternmost state in the nation, Maine lays claim to the first sunrise every month of the year, shifting between West Quoddy Head Lighthouse in Lubec, Maine, to Mars Hill, and back again, between March and September.

However, from October 7 to March 6, Cadillac Mountain is the first place in the continental United States you can see the sunrise, which makes it a popular New Year’s Day destination, as well as one of the most visited parts of Acadia throughout the year.

The spruce and pitch pine covered granite mountain is accessible by car, and features a short, paved Cadillac Summit Loop Trail. Formerly known as Green Mountain, Cadillac Mountain is part of the homeland of the native tribes Maliseet, Micmac, Passamaquoddy and Penobscot— known collectively as the Wabanaki, or “People of the Dawnland” –  who have inhabited this area for 12,000 years.