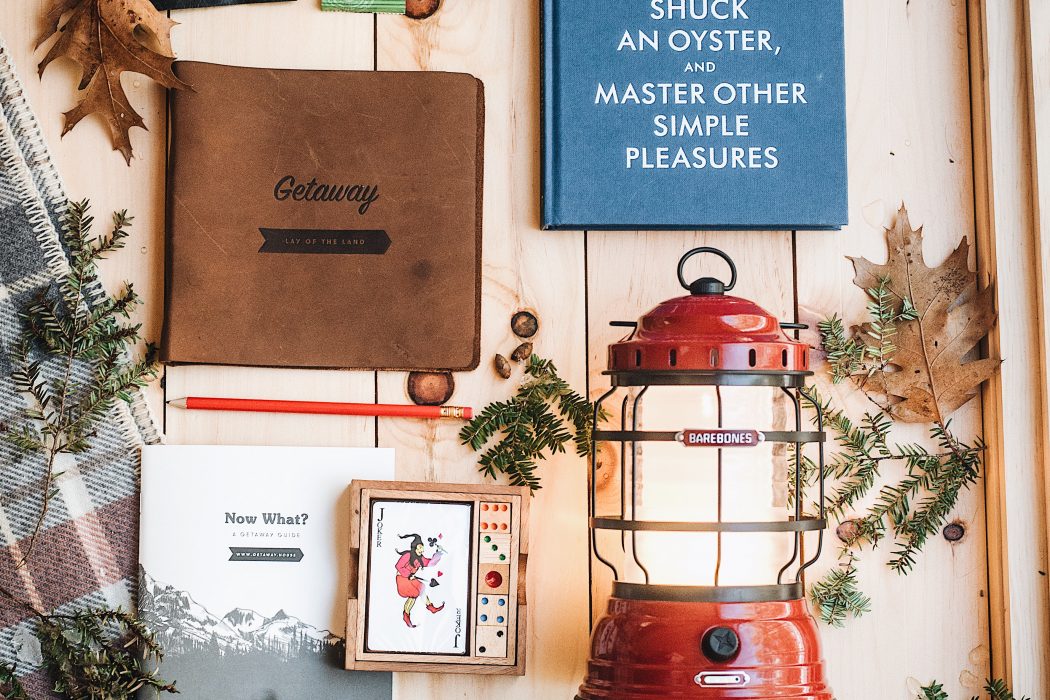 A Cabin in the Woods Delivers the Peace and Solitude You Didn’t Know You Needed.

I used to live in a small apartment with three other women near Harvard Square. Each morning, I woke up to the smells and sounds of the city—the everpresent cacophony of commuters honking, the wail of emergency alarms, the scent of garbage day. I fantasized about escaping to the woods, finding some cool forest glade where I could sleep uninterrupted and slowly arise with the sun. I wanted to sip my coffee while tuning into birdsong. I wanted to smell chlorophyll and dirt; I wanted to hear rustling leaves.

This is why college friends Jon Staff and Pete Davis created Getaway, a unique startup that allows you to rent a high-design cabin in an undisclosed location with the push of a button. “It didn’t start as a business idea,” says Staff. “It started as a desire. We asked ourselves: What do we want to do? We wanted to go to the woods. We wanted to turn off our phones.” Like many people, Staff felt crushed by demands and unable to disconnect from his work. He wanted to be bored. He wanted to get outside. He thought, if I want this, others might, too.

Staff was right, and his minimalist vacation idea caught on. Many people, it turns out, want to sleep on a soft mattress in a one-room cabin with their cellphones hidden away in a wooden lockbox. They want to wake up and gaze out the massive bedside window (which stretches from floor to ceiling) into a seemingly endless stretch of forest. “Architecturally, we think of these cabins as a piece of hardware that enables you to escape to nature,” Staff says. “Ideally, you don’t even really notice the cabin. If it rains, you have a roof over your head, and if there is wildlife, they can’t get into your tent.” It’s like camping, but easier. It’s like a hotel, but even more private and peaceful.

At first, it feels a bit strange to stay with Getaway. From the moment I arrived to my New Hampshire escape, I was commanded by the Getaway Gods to unplug, enjoy, relax. On the table, I found a booklet with suggestions on how to fill my spare hours. I could read forest-inspired poetry, take a walk, practice yoga or learn to build a fire. I decided to lie down on the crisp white linen sheets. I decided to look out the window and watch for birds. I counted three before I decided to close my eyes and take a long afternoon nap.

When I told Staff that his space inspired me to vacillate between staring and snoozing, he was pleased. Boredom is the point, he explained. “Think about when you are bored—not just relaxed, but really truly bored,” he says. “Studies have shown that if you push through that period, magic things happen. You become more creative. You get a newfound sense of balance.”

This is what makes Getaway such an unusual company. They don’t want you to think too much about their amenities, their branding, their building or their product. They want you to check in and chill out. “We’re trying to provide the experience of disconnecting from beginning to end. Ideally from the moment you book a room to the moment you get home. We want to be this magic thing in your life that allows you to strip away your routine,” Staff says. “Every other startup is about disrupting. We’re not. We’re doing a very old thing. People have been going to nature for hundreds and hundreds of years.”

For me, Getaway proved a nice middle ground between booking a hotel and camping in the backwoods of Maine. It allowed me to shut off temporarily without having to set up a tent or sleep on the ground. I only stayed with Getaway for a night, but that night was blissful. I napped, I walked and then I slept. It was a barebones vacation with no bells and whistles (and just one hardcover copy of “Walden” for entertainment). Like a perfectly chosen birthday gift, my stay with Getaway was something I had no idea I needed, but very much enjoyed.