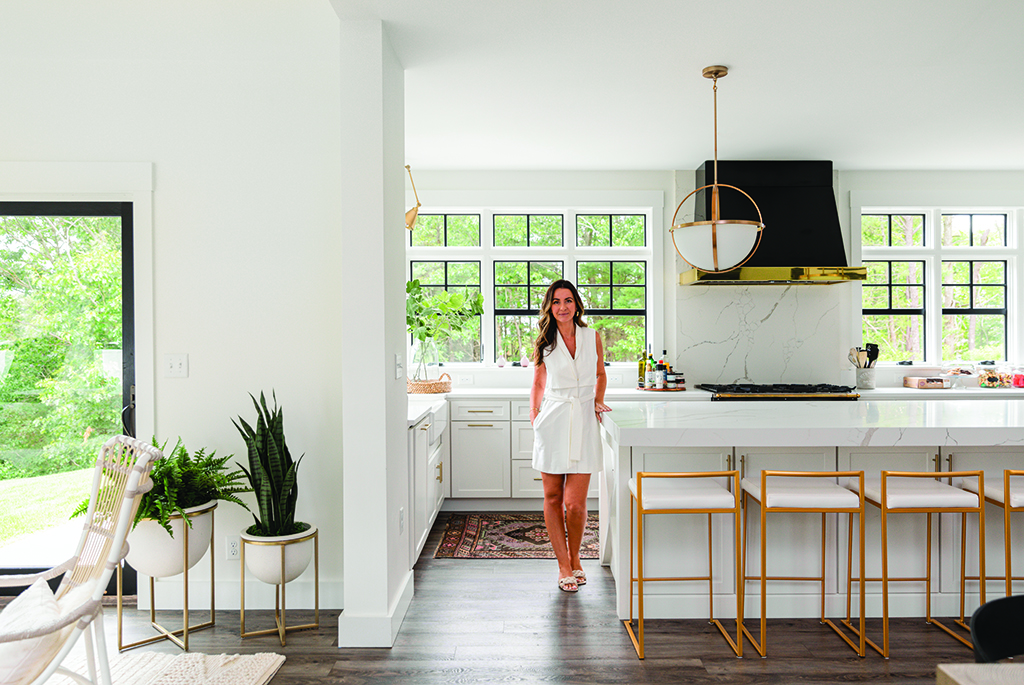 When Susana Murphy, owner of ALANTE Real Estate, decided to build her family’s dream home in Plymouth, Massachusetts, sunlight was at the forefront of her mind. The Realtor chose a plot in a 22-home development and walked the land for three months before deciding precisely how to orient the home and arrange its rooms. “I like light from every angle I can get it,” Murphy explains. “I designed the layout and placement of every single window according to how the sun shifts throughout the day.”

The resulting home—executed in a modern farmhouse style—features 58 custom Marvin windows. “It might sound like a lot to some,” says Murphy, “and it’s very unusual for New England where the climate is colder. But I’m from Spain and, to me, having sun rays entering throughout a home is priceless.”

Opting for black sashes was, for Murphy, an easy decision. “I wanted a black-and-white palette,” she notes, “and since I knew the house would be all white outside and in, it just made sense to have the windows and doors be the dark contrast.”

KITCHEN: Foregoing upper cabinets for nine garden-embracing windows was the primary driver of the kitchen’s resulting look. “I wanted as much clear glass as possible, so you can really see the entire property,” says Murphy. Transoms provide additional glazing above the window banks as well as offer aesthetic appeal. The showpiece island—measuring 11 feet and covered in four-inch-thick, seamless quartz—hosts informal family meals.

MASTER BEDROOM: “This home is designed with one-floor living convenience in mind,” says Murphy of her decision to place the primary bedroom on the ground floor. When her daughters are away at college, the second level can be closed off. A cathedral ceiling adds to the room’s airy feel, while black drapery hardware echoes the windows’ designer black interior finish. Marvin Elevate™ swinging French doors open onto a rear courtyard. (The family room also accesses this courtyard via Marvin Elevate™ sliding French doors.) “It’s the perfect spot for coffee in the morning or wine at the end of the day,” adds Murphy of the private outdoor space. 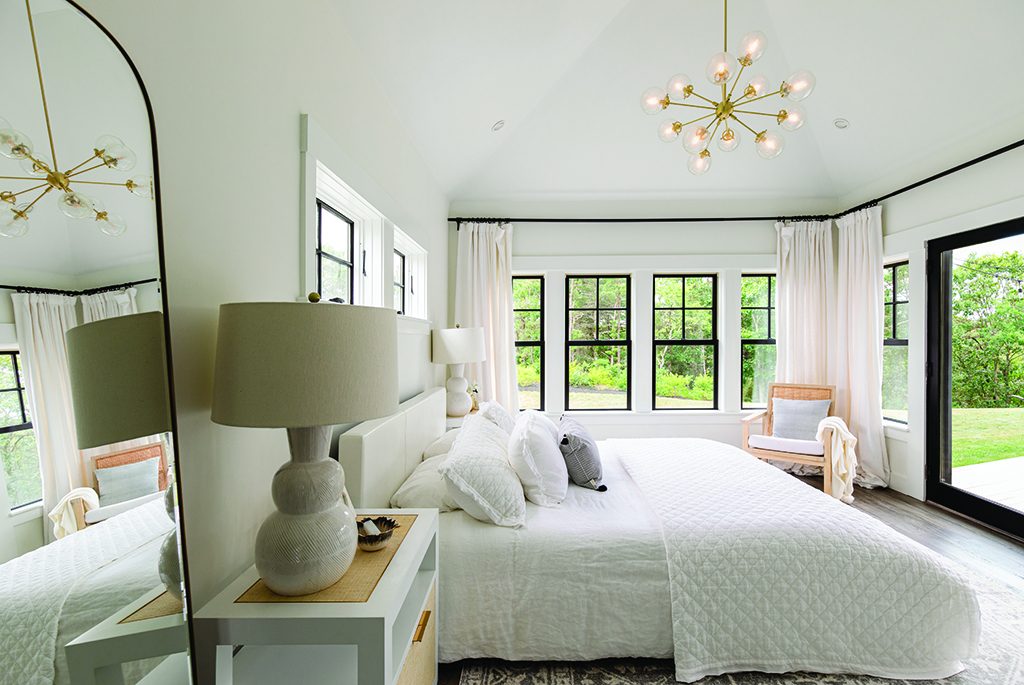 SUNROOM: Part of the ground floor’s open-concept layout is a sunroom, where two walls of windows let in afternoon sun and French doors lead out to the backyard. Very simple yet oversized trim around the windows contributes to the room’s clean lines. “This is where I read, do yoga. I also like to nap here after lunch. I’m a bit like a cat,” says Murphy, smiling. “I like the warmth and the sun. This room has such good energy,” she continues. “It’s comfy and bright.” 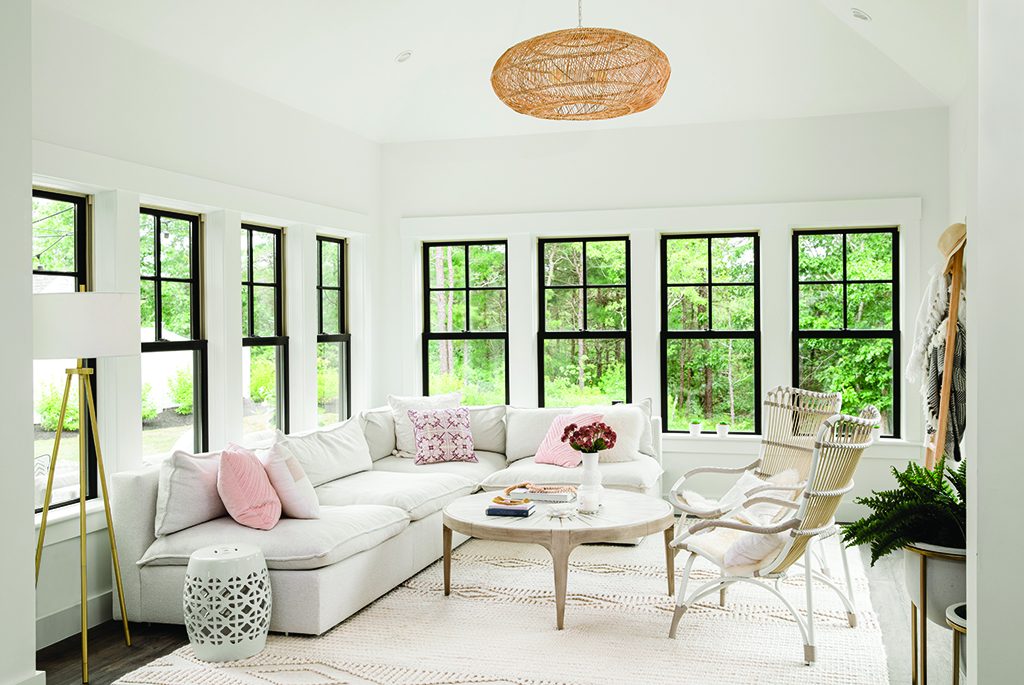