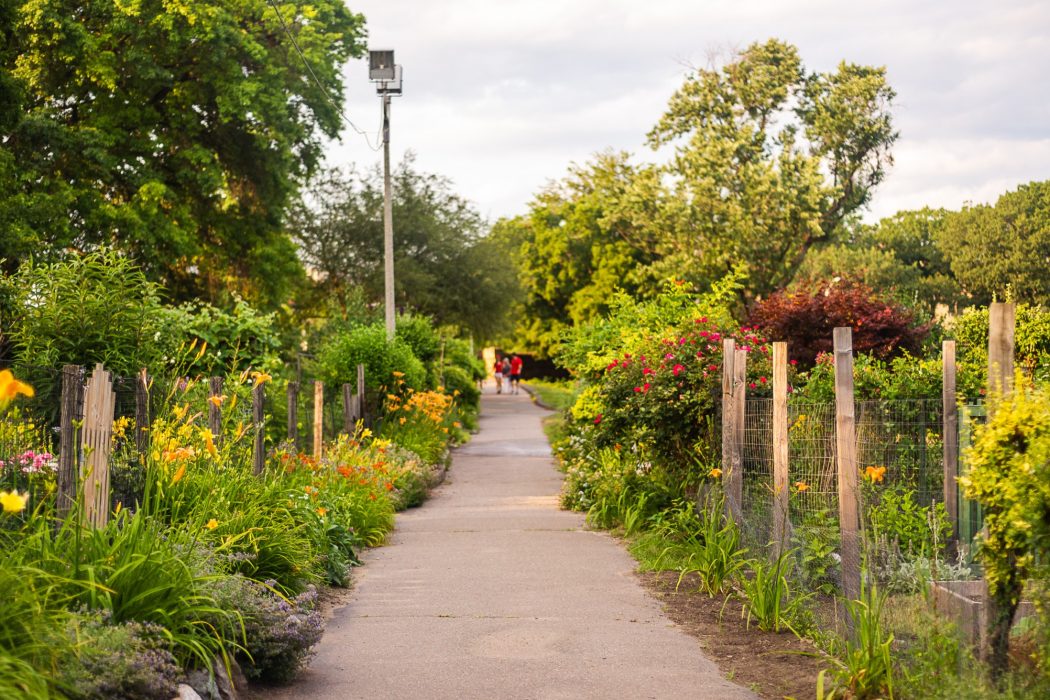 On the bicentennial of Frederick Law Olmsted’s birth, the beloved public parks the landscape design pioneer created are as relevant and bucolic as they’ve ever been.

In 1865, Fredrick Law Olmsted was 43 when he embarked upon his career as a landscape architect. Despite his reduced tenure in the occupation, Olmsted designed more parks and public recreation grounds than any professional before him. Nearly two centuries later, he’s recognized as the nation’s foremost parkmaker; a visionary who shaped American progress. Perhaps more than any other person, Olmsted affected the way America looks.

Born in Hartford, Connecticut in 1822, Olmsted was a self-taught journalist who covered slavery for the New York Times. He was a farmer, a seaman, and executive secretary of the U.S. Sanitary Commission, where he implemented an array of health practices.

After these such diverse experiences, Olmsted turned his focus to landscape architecture. He had a deep love of the land and saw the need for preserving green and open spaces. He was convinced of the positive benefits that informal natural settings could have on the psyche. The quality of life in America, according to Olmsted, could be improved by spending time in settings marked by spacious stretches of turf, quiet streams, and open groves of trees.  Such contact with nature, he felt, could bring peace and refreshment to city dwellers, counteracting the intensity and stress of urban life. A sense of ease could be fostered by the graceful flow of open meadows in his large urban parks, which he coined “democratic spaces” belonging to all Americans.

Over the next 30 years Olmsted would go on to create the first park systems and urban greenways in the United States, designing, often with his business associate, Calvert Vax, some of the most beloved 19th century landscapes including Central Park, The Biltmore Estate, Chicago’s Washington Park, and the grounds of the U.S. Capitol and the White House.

In Boston, Olmsted was contracted to build not just one large park, but an entire park system where residents, he described, could “easily go when the day’s work is done, and where they may stroll for an hour, seeing, hearing, and feeling nothing of the bustle and jar of the streets.” He began the project in the mid-1870s when he was living in New York and the undertaking was so vast that it was the driving factor in his relocation to Massachusetts. He would ultimately settle in Brookline, opening the country’s first landscape architecture firm. His property, Fairsted, is now open to the public as the Frederick Law Olmsted Historic Site.

Olmsted’s plan for the Boston Park System was bold and complex. It consisted of a 1,100-acre chain of nine parks linked by parkways and waterways known as the Emerald Necklace that stretches seven miles from downtown Boston to Dorchester. The name was derived from the way the planned “chain” appears to hang from the “neck” of the Boston peninsula and each park along the route represents a jewel in the necklace. They include Franklin Park, the Arnold Arboretum, Jamaica Pond, Olmsted Park, Back Bay Fens, the Riverway, the Commonwealth Avenue Mall, the Public Garden, and the Boston Common. (Some parks, like the Common and the Public Garden, existed before the Emerald Necklace plan was laid out.)

Olmsted came up with the idea for parkways by converting former carriage paths into wide roads that separated commercial vehicles from recreational ones. Greenery-filled parkways like the Arborway, Jamaicaway, and Riverway loosely follow the Muddy River, connecting the parks in the Emerald Necklace. According to Olmsted, the Emerald Necklace formed “a grand parkway of picturesque type…reaching from the heart of the city into the rural scenery of the suburbs.”

These jewels of the Emerald Necklace are part of the enduring national legacy Olmsted left behind. Below is a sampling of spots on the chain to check out when you need to unplug and rejuvenate. For more information on the any of these locations and others, visit emeraldnecklace.org. 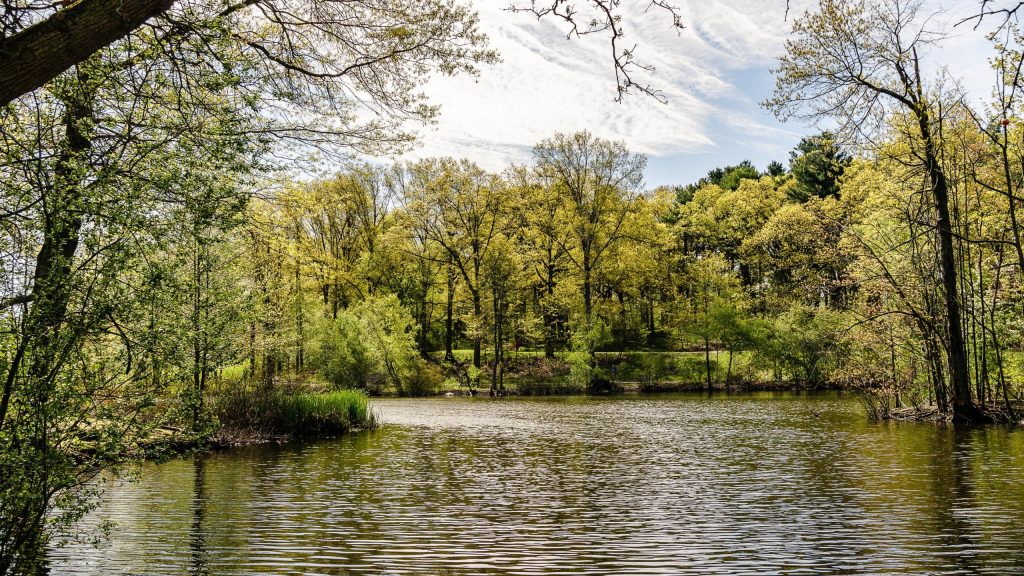 Olmsted changed his original designs of Franklin Park in response to public demand for a waterway. It took two years to excavate Scarboro Pond, which is home to mallard ducks, large flocks of Canadian geese, cormorants, and great blue heron. Two old stone bridges cross over the park in different locations and scattered park benches provide a perch for one to take in the setting. 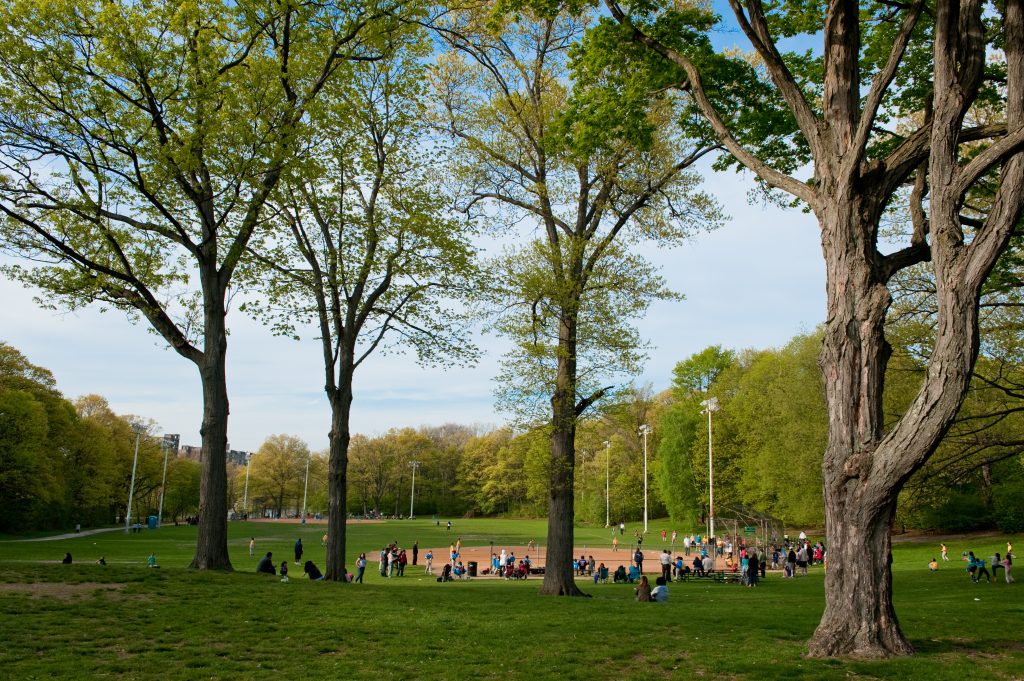 This heavily wooded park in Jamaica Plain features a series of pathways and planting patterns that create a series of dramatic vistas. Neighborhood ball games take place on Daisey Field and Ward’s Pond is part of the preserve. 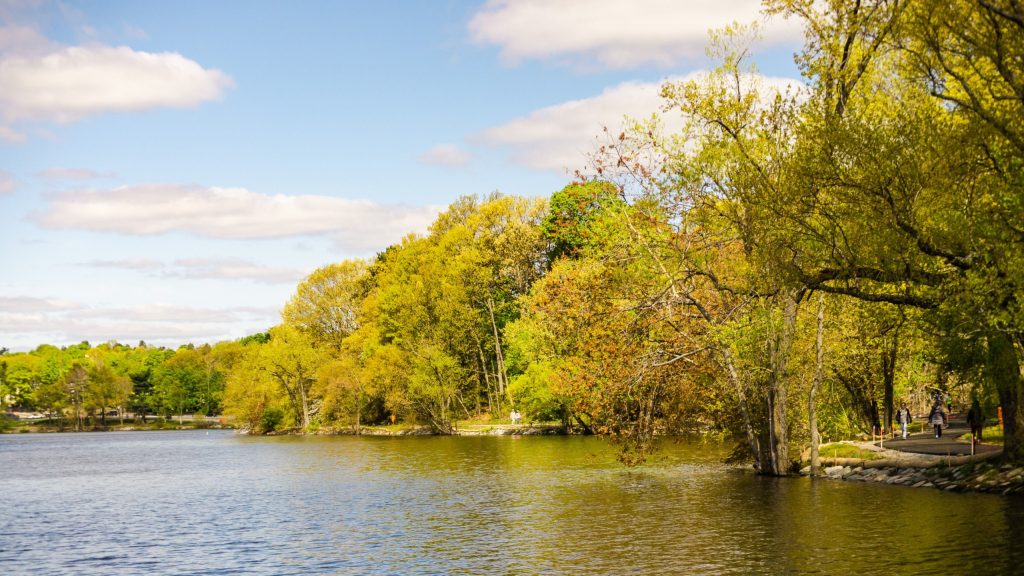 A glacial kettle hole, Jamaica Pond is the largest body of water in the Emerald Necklace. Olmsted preserved much of the existing vegetation and framed the pond with new trees, shrubs and paths. Today, the boathouse at Jamaica Pond provides facilities for sailing and rowing. The 1.5-mile path around the pond is a favorite of joggers and dog walkers, and the pond is stocked with trout and salmon raised in state hatcheries every year. 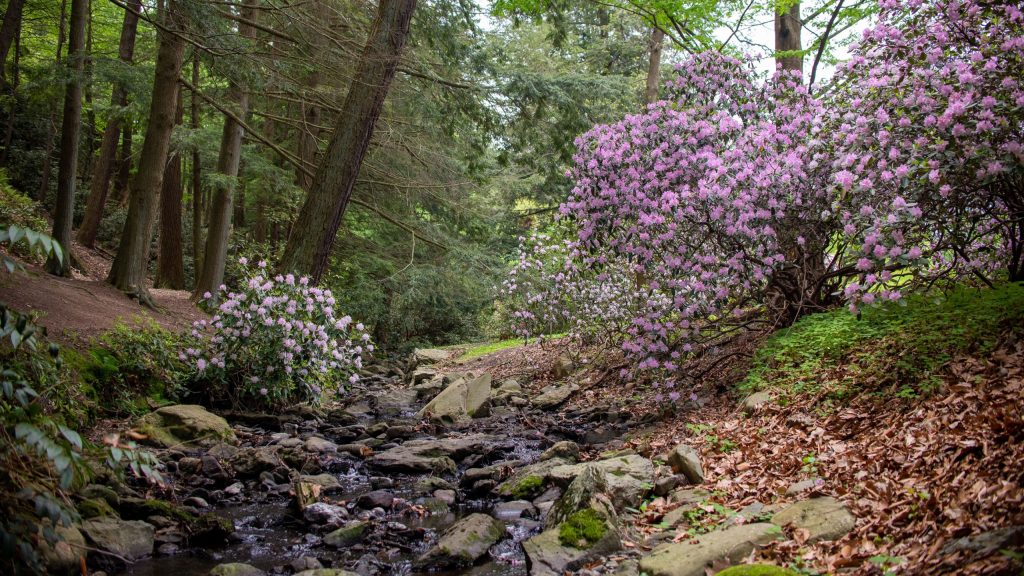 The oldest public arboretum in North America and a National Historic Landmark, the Arnold Arboretum is owned by the city of Boston and managed by Harvard University. With a collection of more than 15,000 plants, this verdant oasis encompasses 281 acres of meadows, forest, ponds, and tree-shrouded, meandering pathways.

In celebration of Olmsted’s bicentennial, Olmsted200 was created as a year-long celebration of his work and design principles. Visit Olmsted200.org for a list of activities, conferences, tours, talks, and competitions.