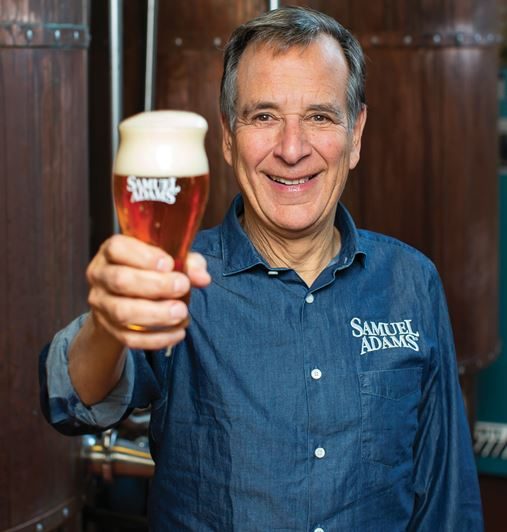 How Jim Koch brewed up the American Dream.

Few people are more emblematic of New England success than Jim Koch. The renegade founder of the Boston Beer Company, Koch has spent the last thirty-six years drawing inspiration from this cradle of the American Revolution and pouring it into his products. Beginning with his flagship beer Samuel Adams, Koch has been driving innovation in the alcohol industry, most recently setting off a spiked seltzer phenomenon with his wildly popular Truly. Though he recently notched a strong foothold on the Forbes list as one of the country’s only billionaire craft brewers, Koch has remained true to his scrappy, underdog roots. It’s a mentality that made him one of the first people to stand up and help small businesses during the pandemic.

NEL: How do you remain true to that New England spirit, as your company continues to expand further and further from New England?

JIM KOCH: Well, it’s pretty easy. I’ve been a New Englander now for… oh gosh…fifty-four years. I came here from Ohio in 1967. My family’s here. My kids were all born here. But more than that, the secret sauce of the success of Boston Beer Company is very much a part of the New England character and spirit. We have succeeded by combining innovation and tradition and that’s part of what makes New England unique. 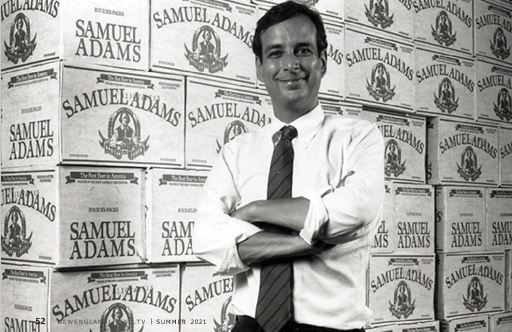 NEL: Yes, why Sam Adams and not some other character from the Revolution?

JIM KOCH: Sam Adams was the revolutionary behind the American Revolution. He was the first of the founding fathers to be committed to the idea of America as an independent country with its own unique destiny, separate from England. So, I named my beer after this revolutionary who pushed us all forward. My feeling was that I wanted to declare American independence in the beer world in the same way that Sam Adams declared American political independence. I wanted to convince Americans they didn’t need imported beers or beers with imported names to have great beer. That we could make great American beer here.

NEL: So innovation is really a core element of your business philosophy?

JIM KOCH: Oh, totally. When I first started, the whole idea of quality American beer was an oxymoron. In order to get my beer into the market, no distributors would carry me. So, I had to invent another way of selling beer, which was doing it yourself as a brewery. And doing it, not with any real marketing, but just by going from bar to bar with cold beer in my briefcase.

NEL: Are there any stories that exemplify that kind of renegade spirit that was the early days of Sam Adams?

JIM KOCH: I was having trouble getting into a couple of the liquor stores in down- town Boston because they have very limited shelf space and I didn’t have six packs. Because six packs cost a lot of money to print and I didn’t have the money to print them. All I had were these loose cases and I just wanted the liquor stores to sell single bottles, which was a pain in the neck for them. And they said, “Well, nobody buys it. Nobody’s ever heard of it. So, until I get some idea that there’s demand out there, I’m not going to put it in.” One of them was in Copley Square. So I put a bunch of Sam Adams empties out one night around Copley Square, probably at least a case, because I knew the homeless guys would pick them up and take them into that nearest liquor store to redeem them. And lo and behold, they did. And a day later I got a phone call. “People must be drinking this stuff because I’m getting a lot of your empties.” It’s a little embarrassing now I guess, but the statute of limitations on littering has expired. 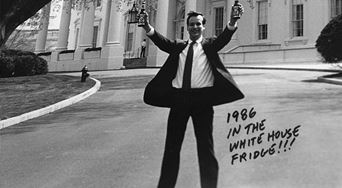 NEL: You’ve reached what I would only imagine was an unthinkable level of success when you first started out. But would you say that this is the high point of your career, or is there something about those scrappy underdog days that you connect to more?

JIM KOCH: I’ve worked very hard to not see any end to the scrappy underdog days. Sam Adams has certainly been way more successful than I ever imagined, believe me. But even at that, we’re like 3 or 4 percent of the U.S. beer business. Anheuser- Busch globally is fifty times our size. So, when you’re 2 percent of the big guy, it’s easy to think like an underdog. In fact, if you don’t think like an underdog, you’re screwed. We’ve always had to figure out how do we compete with nimbleness, entrepreneurial spirit and innovation rather than the economies of scale, mass production and mass marketing that the big guys employ.

JIM KOCH: Well, there’s a couple things. One is a more long-term passion of mine and the company’s, and one is in direct response to the devastation of the restaurant jobs and the plight of all the restaurant workers. The first one I’ll start with is now in its thirteenth year, and it’s called Brewing the American Dream. It came out of my experience starting Sam Adams, because when I started, there were two things that I couldn’t get and really wished I could: access to loans and access to expertise and knowledge and mentoring. So out of that experience came the Brewing the American Dream program that fills both of those gaps. It’s basically a com- bination of small business coaching, counseling and mentoring, with microfinance. We’ve roughly made about four thousand loans totaling $40 million to small businesses. We’ve done coaching or counseling for maybe twelve or fifteen thousand of them. Probably the most successful of them all were Drizly and DraftKings, two New England businesses.

NEL: Who typical goes through the program?

JIM KOCH: Basically its 80 percent, I think, either immigrants or people of color. Because what you discover is that the American dream burns most brightly among immigrants and people of color. It’s really very inspiring to be around people like that, because they embody and passionately believe in and want to live the American dream of starting a small business, and growing it to where you can provide a good living for yourself and for your family.

NEL: How did you mission pivot amid COVID?

JIM KOCH: When COVID hit, it was obvious that this was going to have a huge impact on restaurant workers. I built Sam Adams going from bar to bar, and I have always been grateful to all of the bar managers who put my product in, and the bar owners and operators who approved it, and the servers who let me put up my little table tents. I got a leg up from the bar and restaurant owners, managers and servers of Boston. And they helped me when they didn’t need to, when I was nothing. They didn’t need my beer; they didn’t need me. But they gave me a break, and I always promised myself that someday, I was going to have a chance to pay that back and to say thank you for what they did. 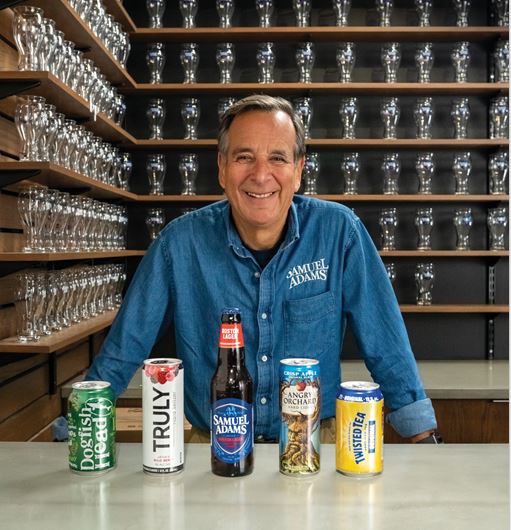 JIM KOCH: We partnered with Greg Hill and WEEI-FM. The great thing about Greg and his foundation is that the whole infrastructure is there. We were writing checks within forty-eight hours. There were restaurant people who immediately got laid off who had bills to pay. They might be behind on their rent and on the edge of eviction. Or they might need to buy meds for their kids because they don’t have health care. So, we knew there were going to be people with immediate needs that were going to fall between the cracks, so we started writing thousand-dollar checks immediately.

NEL: How has it gone?

JIM KOCH: With the help of other businesses here, including Grubhub, we’ve been able to give $8 million to restaurant workers who have specific or immediate needs that fall between the cracks of the social safety net that we have in this country. Finally, I’ve gotten my chance to say thank you. I know it’s not in most cases the exact same people, but it is the same group of wonderful people who made a difference to me thirty-six years ago.

NEL: Thinking back to thirty-six years ago, had you started your business during the pandemic like this, do you think you would have been able to survive?

JIM KOCH: Yes. And I can’t tell you how. We saw it with the people in the Brewing the American Dream program. And I see it with craft brewers in general, and with entrepreneurs. We are a resourceful and resilient group of people that are very passionate about what we’re doing. We are willing to do whatever it takes to survive when we have to, and grow and prosper when we can. That’s New England through and through.

NEL: One of the silver linings of the pandemic has been that it’s given people the chance to reinvent themselves. What advice would you give to someone who’s preparing to leap into the unknown and start a new career like you did all those years ago?

JIM KOCH: Choose something that is going to make you happy, independent of whether it will make you rich. Because when I started Sam Adams, my business plan was that after five years we would grow to be five thousand barrels of beer. It would level off there. That was a million dollars in revenue, and at that point, I could pay myself $75,000 a year. That was what I considered a nice living, and I’d be doing something that made me happy. And at the end of the day, if you have to choose between being happy and rich—unless you’re some kind of orange-haired sociopath—you’re going to choose to be happy rather than rich. Do what you think will give you a happy life, because that’s really what you most want in this world. Don’t get distracted by the other stuff. And if you’re doing some- thing that makes you happy, you just don’t know how far it can take you.