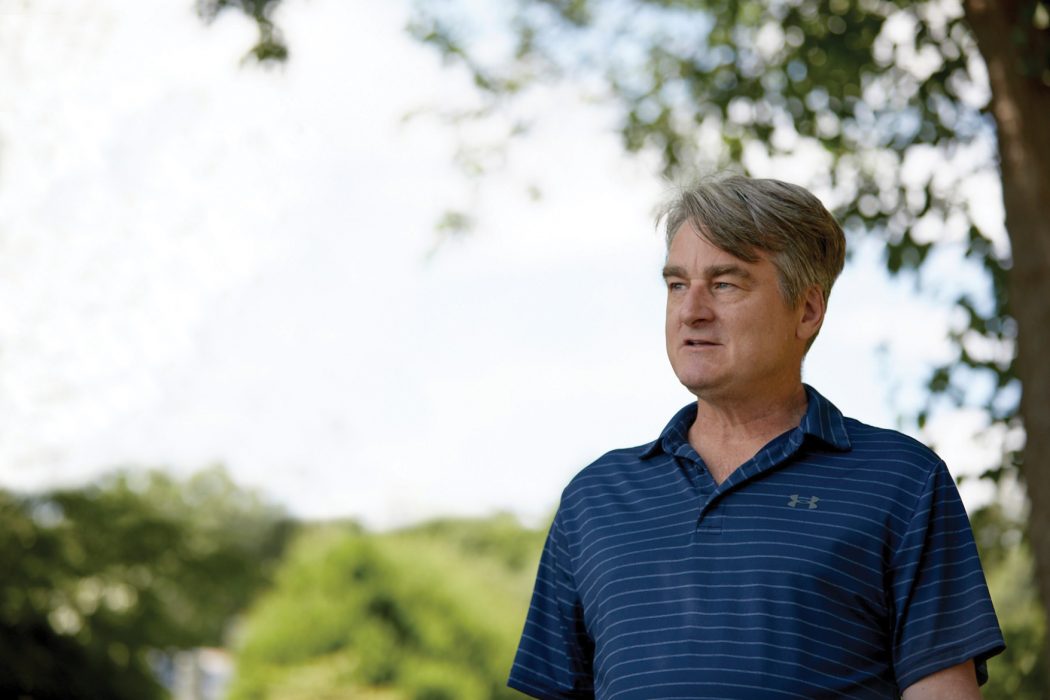 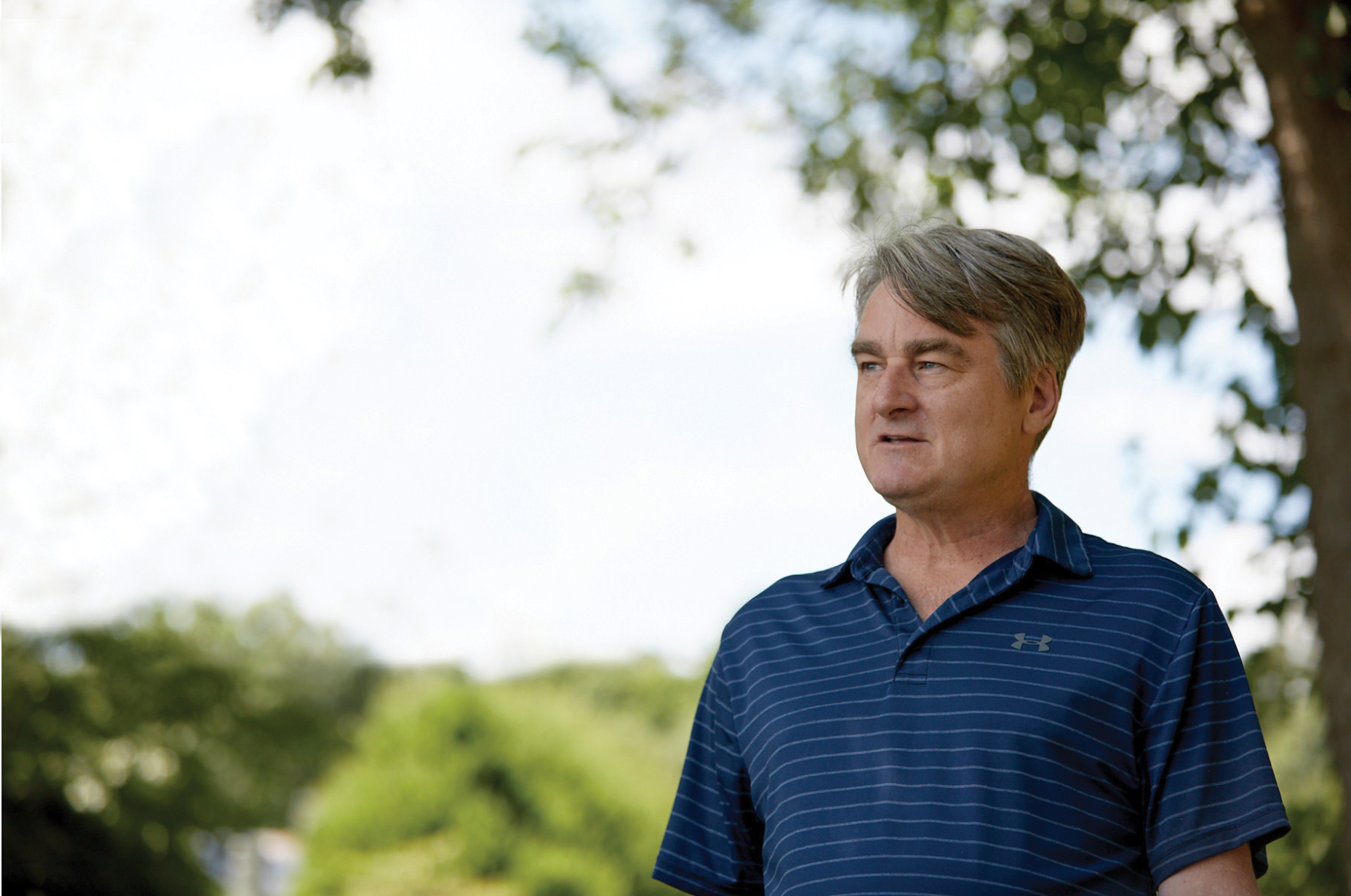 KAYAK founder and philanthropist Paul English has a dream

Paul English has a dinosaur in his backyard. It’s a triceratops looking out on Spy Pond in Arlington, Massachusetts, where English has lived since 2007. The five-by-fifteen-foot statue is a tribute to his childhood growing up in West Roxbury where he was the youngest of seven children. “My mom kept baby books for each of us,” English recalled, standing before the statue on a muggy afternoon this past summer. “My oldest brother’s book is one hundred pages—but mine was just four.” One of the few details that English’s mother recorded about her youngest son was that he loved dinosaurs. So it is that today kayakers and canoers routinely paddle over to the edge of his property to get a closer look at this Jurassic tribute to his youth. But that’s hardly the only statue in English’s life.

A tech pioneer known for founding Kayak.com, which was acquired for nearly $2 billion in 2012, as well as a number of other successful ventures such as Lola, English directs his time, talent and treasure toward addressing some of the most daunting social justice battles in Boston and beyond. Most recently, the fifty-seven-year-old father of two broke ground on an ambitious memorial in Boston Common honoring Martin Luther King Jr. and his wife, Coretta Scott King. 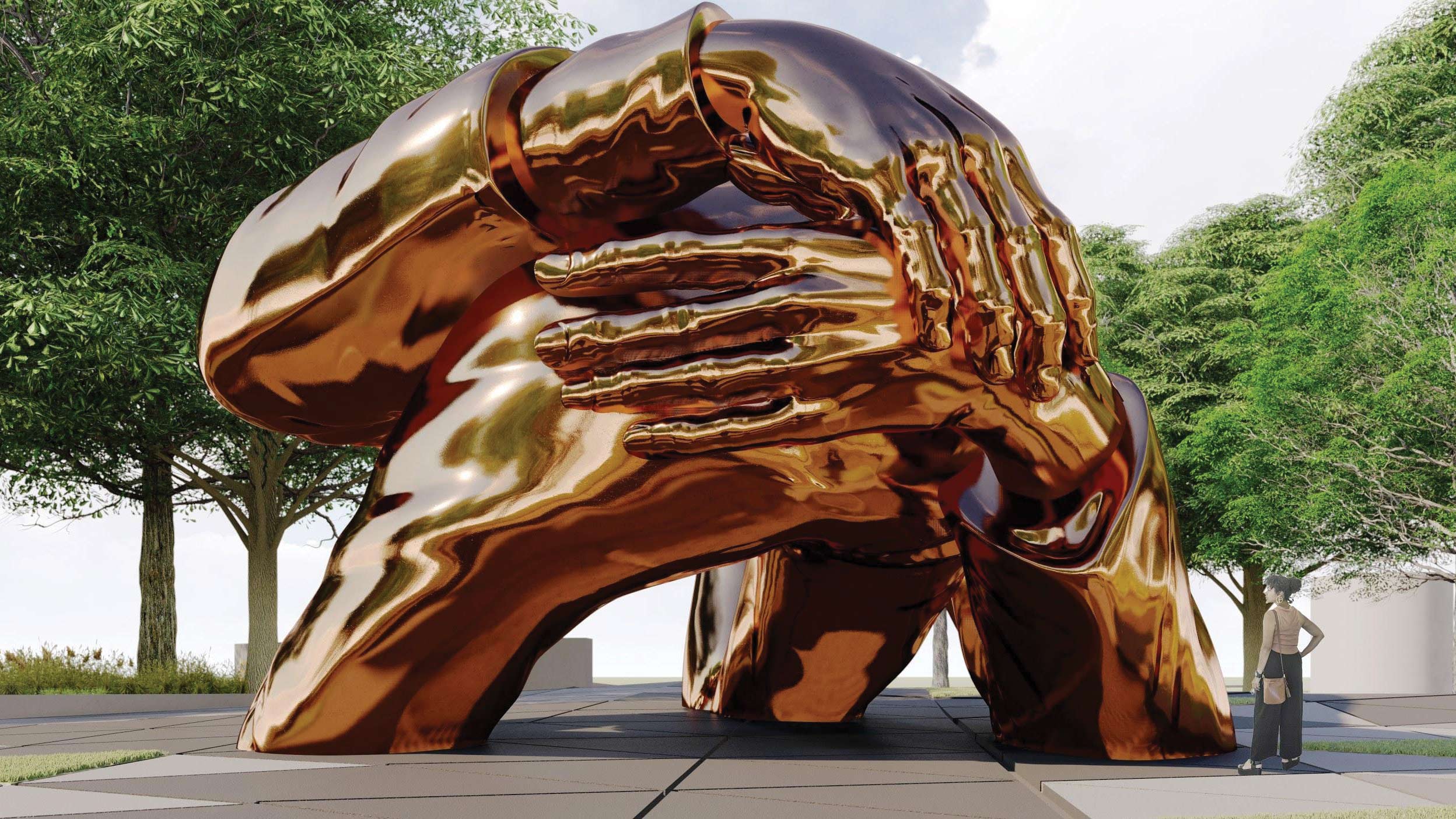 Located in eyeshot of the State House, English’s 1965 Freedom Rally Memorial Plaza will circle a twenty-two-foot-high bronze statue created by artist Hank Willis Thomas. Titled The Embrace, the statue will feature two sets of interlocking arms to commemorate the Kings’ first meeting while they were studying in Boston in the 1950s. Slated for completion sometime in early 2022, the 1965 Freedom Rally Memorial Plaza designed by the architectural firm MASS Design Group will prompt Bostonians to consider the state of racial equality in America. “We want to challenge visitors of the memorial to ask, ‘If the Kings were still alive today and still living in Boston, what would they think of our city, what would they be working on?’” explained English. “Boston Common right now is mostly made up of memorials to dead white men; however, Boston is a diverse city. We want this memorial to reflect that diversity.”

The $6 million statue and the surrounding plaza are part of a multipronged initiative English launched to address racism and wealth inequity in Boston. This summer he and his team released a documentary about the Kings on WGBH, which will be syndicated nationally. They also created a partnership with Boston’s Twelfth Baptist Church, where King preached, to host a speaker series. The centerpiece of English’s campaign will be the King Center for Economic Justice in Roxbury. “The center is focused on the wealth disparity between the races in Boston,” he explained. “We’ll examine what nonprofits are doing, what the government is doing, what local companies are doing and what schools are doing to address race equity in the city.” From this annual report, the King Center for Economic Justice can start developing strategic, proactive solutions.

Amid the national reckoning on race in the wake of the George Floyd killing, English’s project has proven especially poignant. Over the summer, tens of thousands of people held demonstrations on the very grounds where the memorial is being built. Though deeply disturbed by the Floyd’s murder, English sees the outpouring of activism as a reason for optimism. “It’s white people and Black people in the streets,” he said. “A reckoning is taking place where we’re looking at race inequality not just in policing but across everything else.”

As might be expected, building a monument in the oldest public park in America is no small feat. English spent three years raising the $6 million for the sculpture as well as painstakingly navigating all the commissions that control the historic Boston Common. Yet this is not the first time English has launched a herculean humanitarian effort. After earning an extraordinary amount of money from the sale of his online travel company Kayak, English committed himself to a life of philanthropy. His early giving led him to Haiti where he met Dr. Paul Farmer of Partners in Health and became one of the organization’s largest donors. While in Haiti, English recognized that while Farmer and his team were instrumental in treating deadly diseases, the country’s struggling education system was failing the next generation of Haitians. 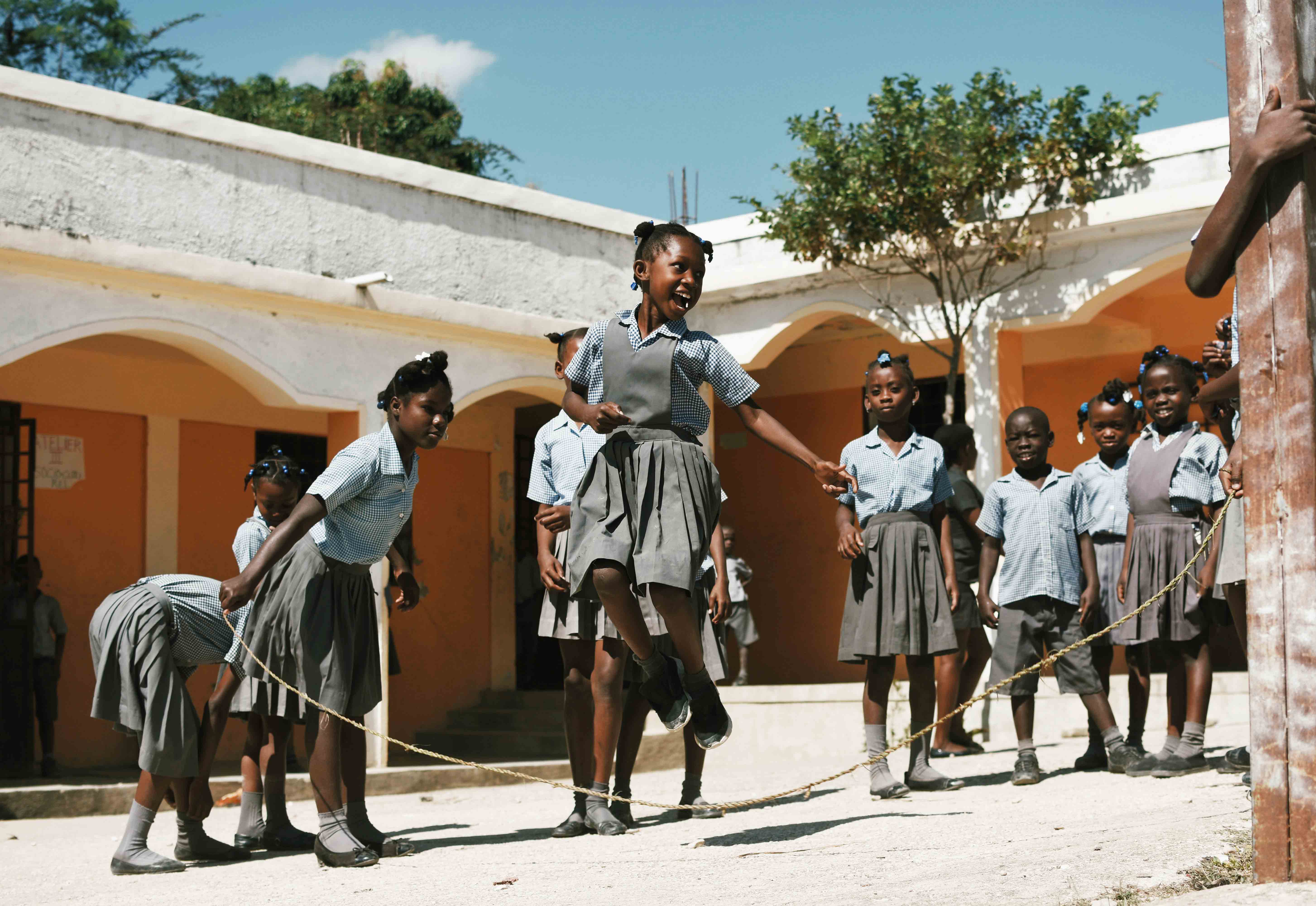 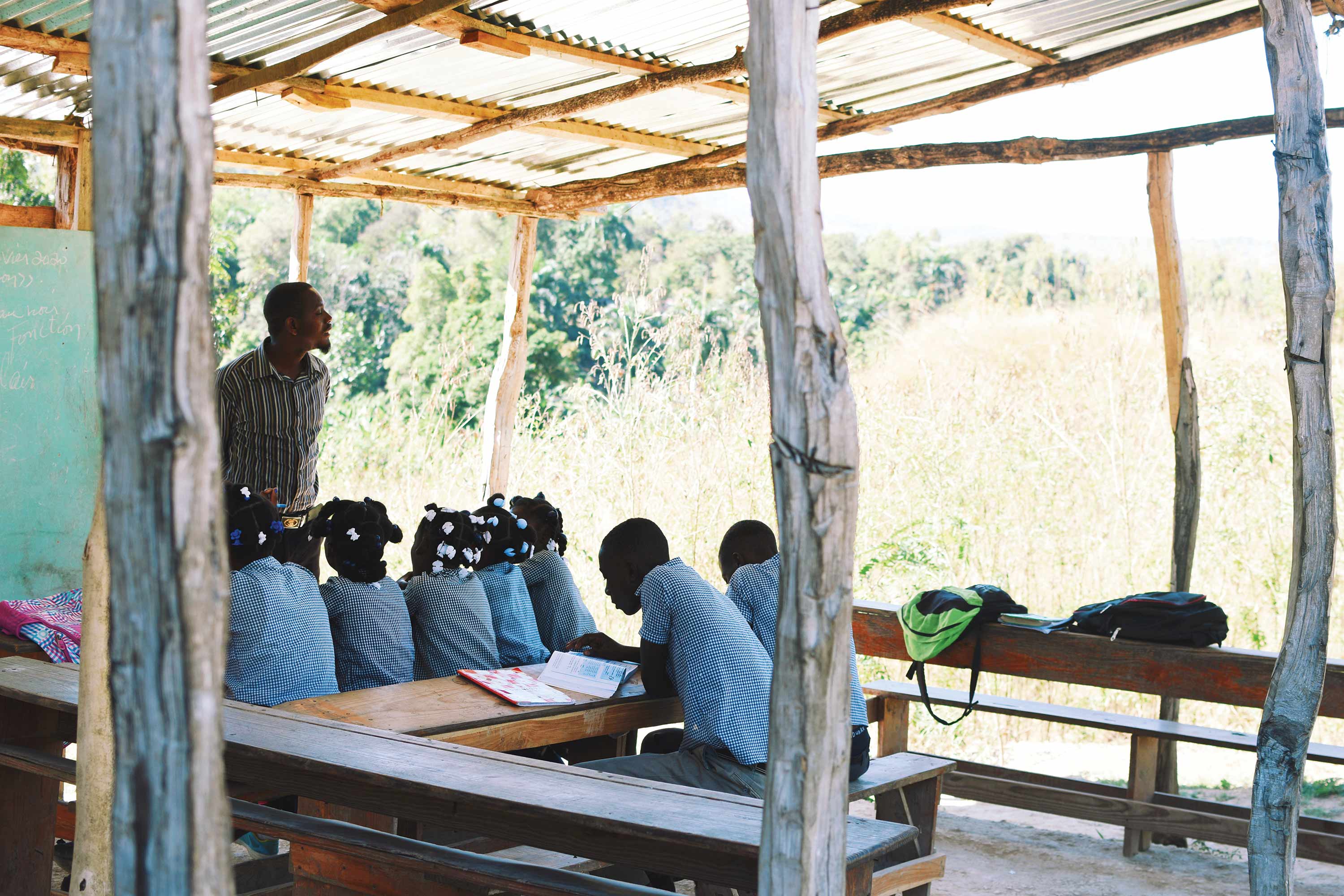 In 2015, English co-founded Summits Education, a nonprofit that operates forty primary schools in remote areas of Haiti. “We have one school on a mountain top where the fastest way to get there is a three-and-a-half-hour hike,” English described. Focusing on the mountains of Haiti’s Central Department, where most people live on $2 a day and the literacy levels are the lowest in the the Western Hemisphere, Summits Education is revolutionizing schools by empowering teachers, fostering collaboration between communities and meeting all of the basic needs of students. To date, Summits has provided high-quality education to more than ten thousand students in rural Haiti.

Closer to home, English also took aim at the confounding humanitarian crisis of homelessness in Boston. More than two decades ago, he was driving through the city with his four-year-old son when they passed a homeless man curled up under a bridge. English’s son insisted that they pull over and make sure the man was okay. “I would have just driven by on my own because growing up in Boston, homelessness was sadly just a part of the scene in the different neighborhoods,” English reflected. “But the fact that my son got so upset made me realize that I should get upset about this too.” The experience prompted English to become involved with organizations like Boston Health Care for the Homeless Program, where street doctors like Jim O’Connell showed him the true depths of suffering occurring in the dark and forgotten corners of the city. 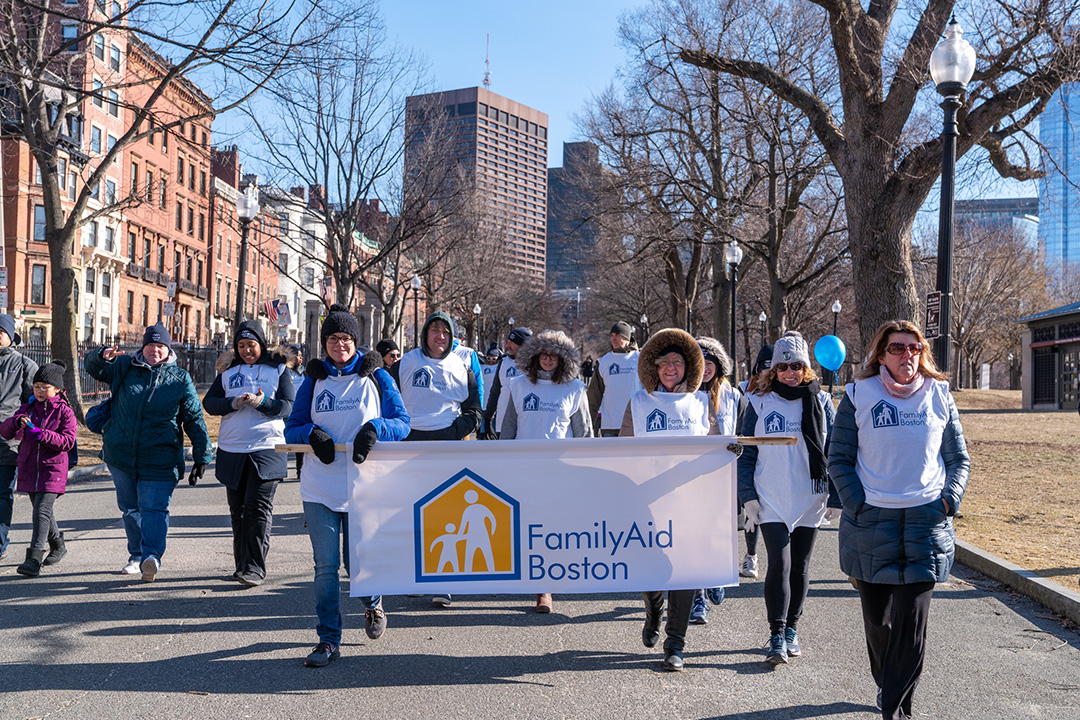 To raise awareness around this suffering and the dire needs found around every street corner, English launched the Winter Walk four years ago. Held every February in Copley Square, the Winter Walk brings thousands of people, both homeless and housed, together to walk two miles though the city during the coldest month of the year. Trudging through snow and slush, the Winter Walk snakes around Boston Common in a moving meditation that prompts participants to reflect on what it means to be homeless in Boston during the depths of winter. 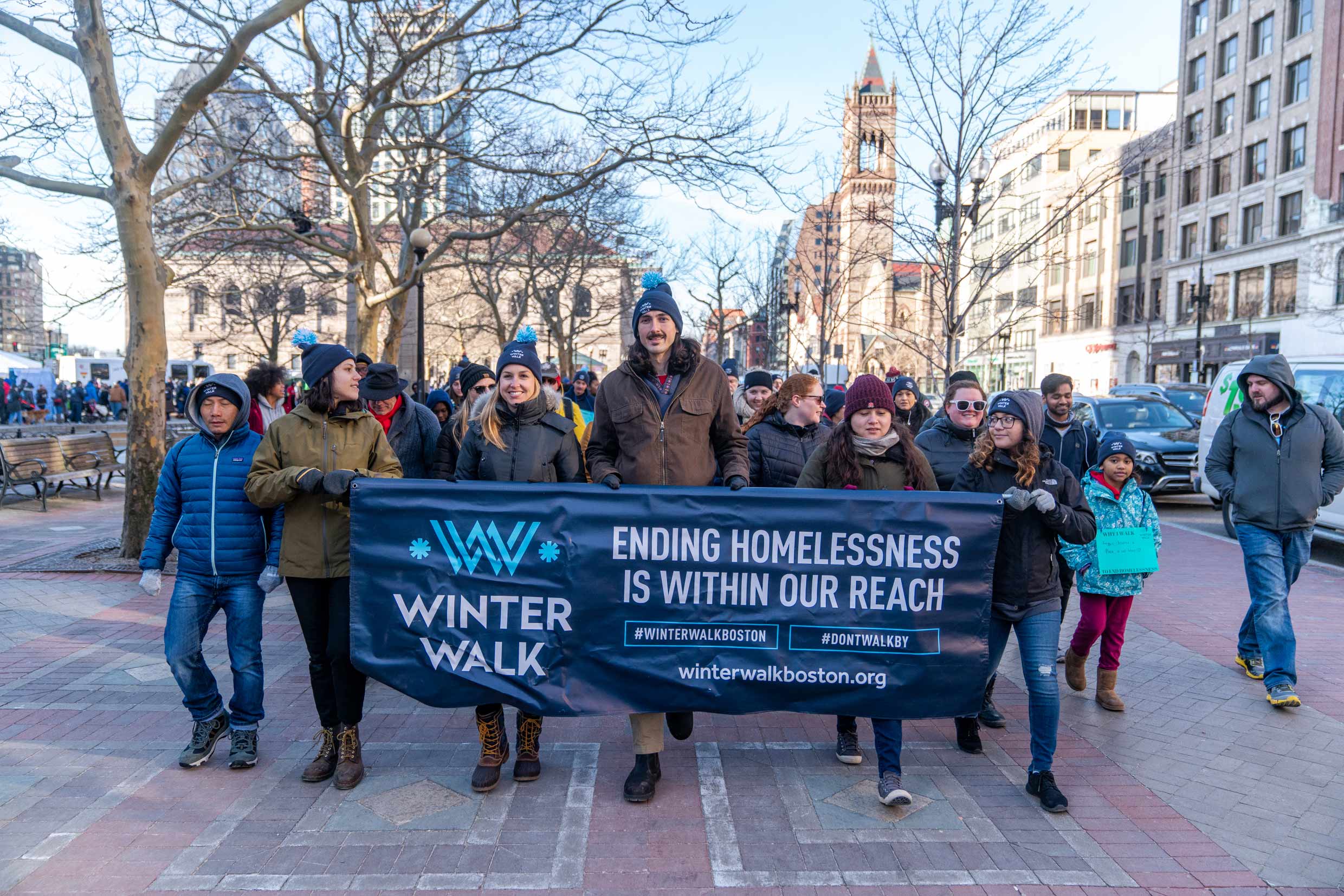 Clearly, without even delving into his many conquests as a self-starting tech entrepreneur, Paul English is living a life that far exceeds the expectations set by the four pages his mother wrote about him as a child. In fact, in 2016, Pulitzer Prize-winning author Tracy Kidder told English’s story in the book A Truck Full of Money. The revealing biography details English’s rise from his humble beginnings as a student at Boston Latin to reaching the pinnacles of the dot-com boom before turning his time and attention toward philanthropy. Yet today, as he looks out over Spy Pond from his backyard, along with his dinosaur standing guard, Paul English is not finished leaving his mark on the world. NEL