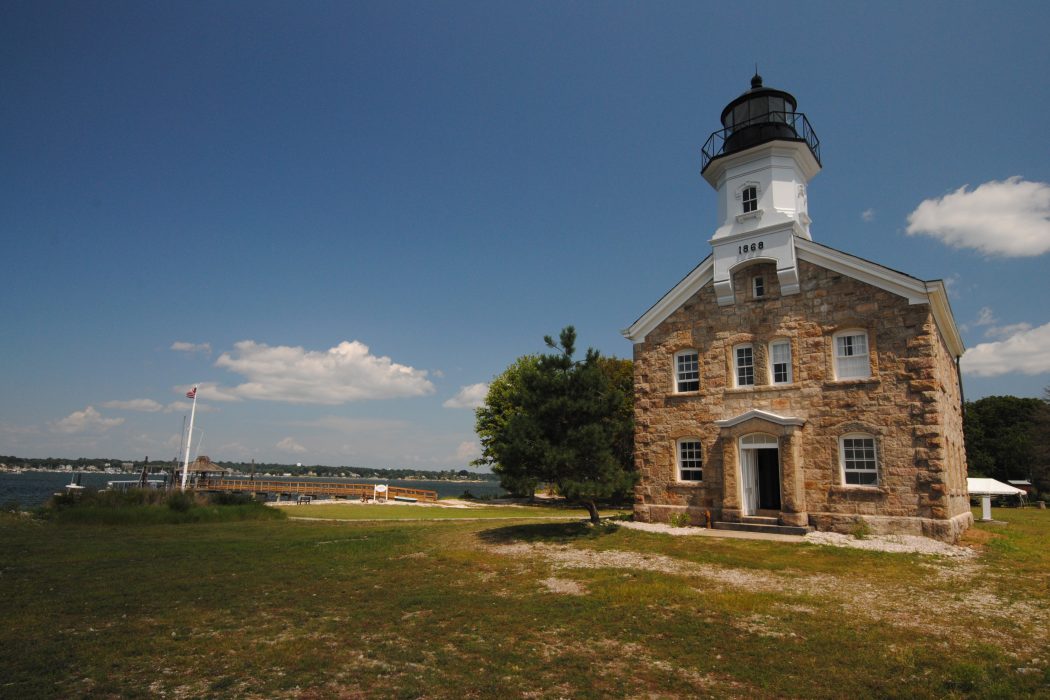 The western Connecticut city of Norwalk is packed with great restaurants, shops, museums and other points of interest, and transient boaters can find a home at the Norwalk Visitor’s Docks, just steps from downtown. The city-run marina charges $1 per foot for day blocks (8 a.m. to 6 p.m., with electric an extra $3) and evening blocks (4 p.m. to 12 a.m., electric $3). Overnight stays from 12 p.m. to 8 a.m. are also $1 per foot, but electric is an additional $6. Payment is cash only, and dockmasters are on duty in season from 7 a.m. to 6 p.m. The Visitor’s Docks are convenient to downtown Norwalk, but note that you must fend for yourself in terms of creature comforts.

If you’re looking for a more upscale marine experience (think showers, laundry, WiFi, ship’s store, etc.), a couple of private marinas can take care of you. These include Norwalk Cove Marina, in East Norwalk, and Rex Marine, also on the Norwalk River. The major attraction for boaters in this area is the fabulous Norwalk Islands, an archipelago of 25 low-lying barrier islands that provide a natural playground for anglers, paddlers, birders, beachgoers and clammers. Camping is even allowed on several of the islands. Sheffield, the southernmost island, features hiking trails and a granite lighthouse built in 1868 that’s now maintained by the Norwalk Seaport Association. Tours of the historic light are available. Boaters can drop off and pick up passengers at the dock on the island’s northwest tip, for a nominal fee, but short-term tie-up is not allowed.

Hungry? Norwalk boasts several dock-and-dine options, including the popular SoNo Seaport Seafood, opposite the Visitor’s Docks. This casual, eat-in-the-rough institution specializes in seafood favorites such as lobster, clams and fish, and maintains several slips for boats up to 25 feet or so. A more upscale option is Harbor Lights in East Norwalk. This restaurant specializes in Mediterranean-inspired dishes and offers a long dock for boaters and great sunset views. Also in East Norwalk is the Sunset Grille, adjacent to Norwalk Cove Marina. A fourth option is Rowayton Seafood, on the Rowayton River. Dock space is limited, so it pays to visit during off-hours, if possible. However, the seafood is fresh, delicious and creative, and the sunset views are spectacular.

Of course, the SoNo district is home to a plethora of restaurants catering to nearly every ethnic taste, as well as nightclubs, bars and brewpubs. Throughout the warmer months, there’s generally some kind of celebration going on in Norwalk. Crowds converge for the annual the SoNo Arts Festival in August and the Norwalk in-water boat show and the Norwalk Oyster Festival in September. Other attractions of note include the excellent Maritime Aquarium, housed in a former 1860s ironworks factory that was renovated in the 1980s as a state-of-the-art marine educational center. The aquarium specializes in exhibits relating to the marine ecology of Long Island Sound, and features seals, sea turtles and meerkats, of all things!

Behind the aquarium parking lot is the head of the Norwalk River Valley Multipurpose Trail—a 1.5-mile ribbon of land that runs north along the Norwalk River to Mathews Park and on into Norwalk Center. The city also reclaimed a former town dump—halfway between the aquarium and Mathews Park—and named the refreshed 17 acres of land Oyster Shell Park. A footbridge connects the park to the trail, which features a riverfront esplanade and amphitheater on the half-mile tract between the aquarium and Mathews Park. Mathews Park is home to the Stepping Stones Children’s Museum, built with a clever eye toward the ways children learn through play. An angular mini-lighthouse marks the museum’s entrance. Inside, kids can experiment with river currents or learn cause and effect by manipulating a “color-coaster.”

A couple more museums downtown warrant attention. One block up Washington Street from the aquarium is the SoNo Railroad Switch Tower Museum., which celebrates Norwalk’s past as rail hub. Around the corner on North Main Street is the neoclassic Norwalk Museum—a charmingly antiquated place where the city’s history is distilled down to several exhibits on two floors. One displays Raggedy Ann and Andy, created in 1920 by Norwalk native Johnny Gruelle. Another showcases the history of the Norwalk oyster industry through old photographs.