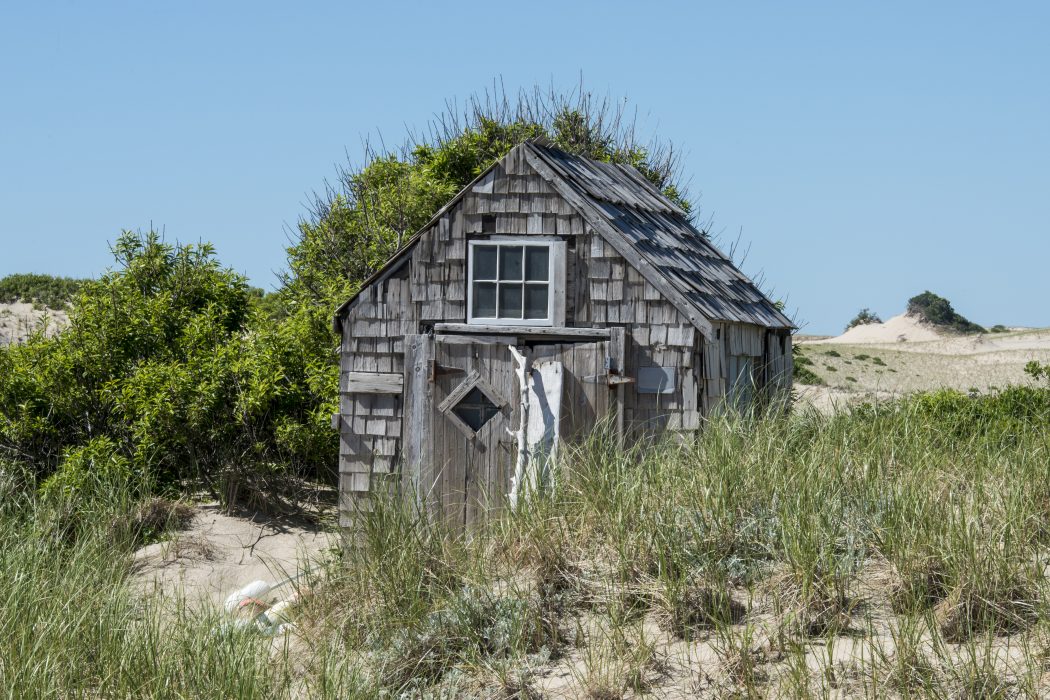 During photographer Don Krohn’s two-week residency at the Margo-Gelb shack, he described the “wild refuge” as a “place filled with lightless beauty.” Krohn, who chronicled his experience in his book, “On Cape Cod,” is among many artists, including Eugene O’Neil, Harry Kemp, Norman Mailer and Jack Kerouac, who found inspiration in solitude within the now-iconic shacks on the Outer Cape.

Primitive and rustic, the buildings are currently used from April to November for artist-in-residency programs, according to Janet Whelan, chair of the board for the Outer Cape Artist in Residence Consortium (OCARC). Whelan helps manage the Margo-Gelb shack, a property once owned by painter Boris Margo and his wife, printmaker Jan Gelb. There are 18 additional shacks, which are owned by the National Park Service and used by working artists thanks to nonprofits, including the OCARC, the Peaked Hill Trust and the Provincetown Community Compact.

While each individual house has its own charm and breathtaking views, Whelan describes the Margo-Gelb property as a one-room shack that sits “high upon the dunes, overlooking the ocean.” Inside, there are two single beds, a work/dining table, a sink, a gas burner and refrigerator. With no source of heat, plumbing or electricity, and a composting outhouse nearby, Whelan says the artists adapt to a minimalist lifestyle.

The history of the shacks begins in 1862. Members of the United States Life-Saving Service were stationed across the 1,960 acres of shoreline in Provincetown and Truro. “The guards in the outposts built little shacks out of sound or rudimentary material, so their families could visit them,” says Whelan. “Others soon realized that it was a beautiful place to live, especially in the summer.”

The cost the build the unfussy structures was cheap and local artists discovered the value of the oceanside studios. Soon the area turned into an artists’ colony. However, when the Cape Cod National Seashore was established in 1961, the National Park Service began to tear down some of the houses. “The thinking at the time was that the Outer Cape should be composed of wilderness without people,” Whelan says. “But activists who loved the life there, banded together and managed to have the remaining shacks designated as historic and cultural entities.”

While the shacks weren’t officially listed on the National Register of Historic Places until 2012, the National Park Service has allowed the OCARC, the Peaked Hill Trust and the Provincetown Community Compact to run artist-in-residency programs since 1995.   Despite the fact that the survival of the dune shacks was at one time uncertain, Whelan says the structures have ultimately ensured a legacy of cultural and artistic significance that will impact society for generations. “I can’t begin to tell you about all the amazing work that has come out of the artist-in-residency programs,” she says. “Each artist is so inspired and their work has become a part of the Cape’s creative landscape that could have otherwise been lost.”