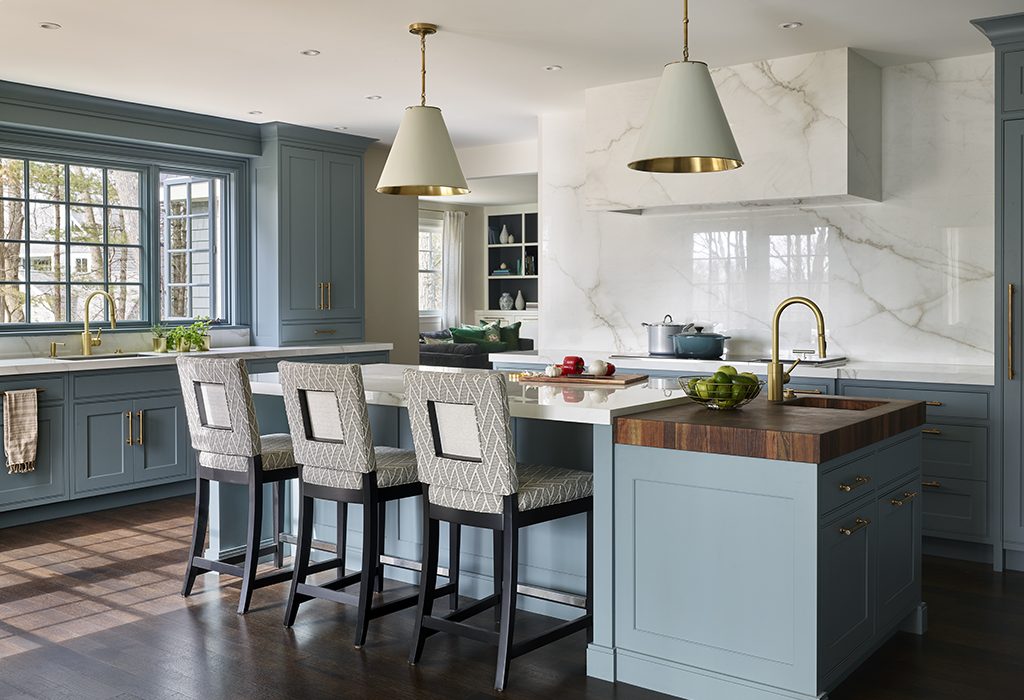 By relocating this kitchen from the back of the home, it’s more centralized, functional, and gleaming with distinction.

After city living in tight quarters for several years, the homeowners set their sights on this spacious Shingle Style home on the North Shore of Massachusetts. Built in 1891, the house had been renovated and added on to over the decades. “The kitchen was at the far back of the house—it felt very remote and disconnected from the rest of the home,” says Michele Kelly, lead designer at Venegas and Company, who had designed the homeowners’ previous kitchen in Beacon Hill.

When she saw the plans, Kelly’s first reaction was that the kitchen needed to be moved to a more central location. The layout was reconfigured to put the kitchen where the former dining room had been while a porch was removed to accommodate a bump-out that enlarged the new space. 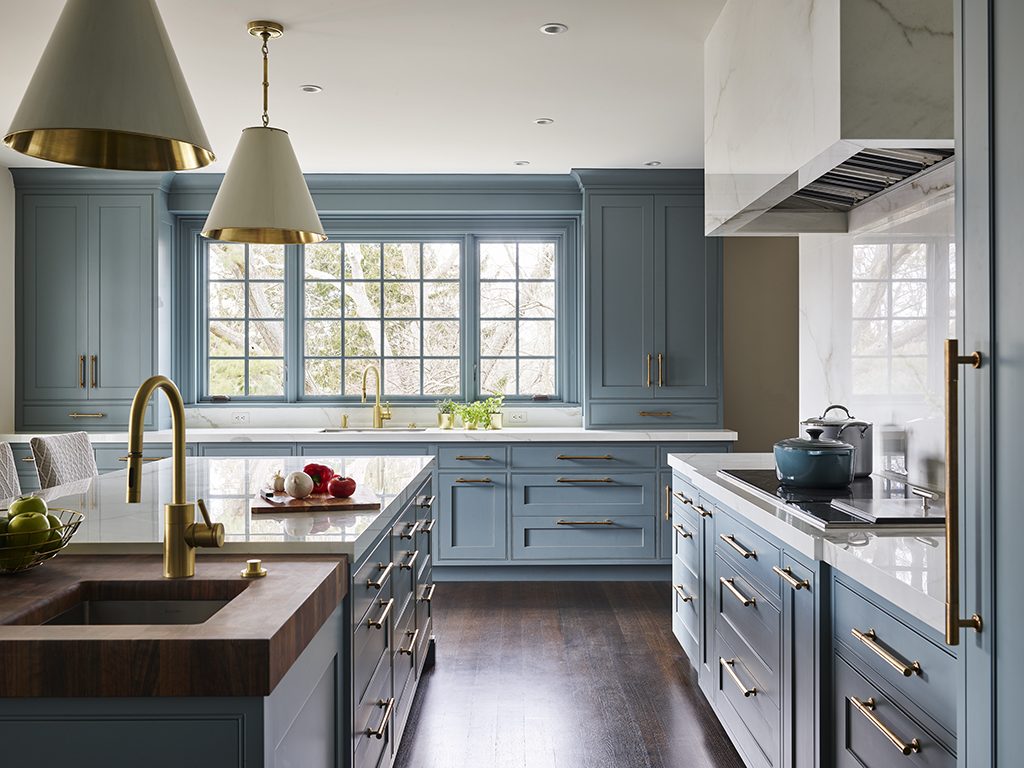 The kitchen is airy without feeling oversized, a breakfast room accommodates family meals, while a quick bite can be had at the island. Cabinets are painted a custom shade of blue that appears green at certain times of day. “The first kitchen we did for the family was much more traditional in style. It was white with elaborate dentil moldings and delicate finishes,” says Kelly. “Given the size of this room and the abundance of natural light, the homeowners were comfortable going bold as long as we tempered it with other materials,” says Kelly, noting the white porcelain counters and brass hardware and lighting; thin bands of brass are also inset around the drawers in the island. 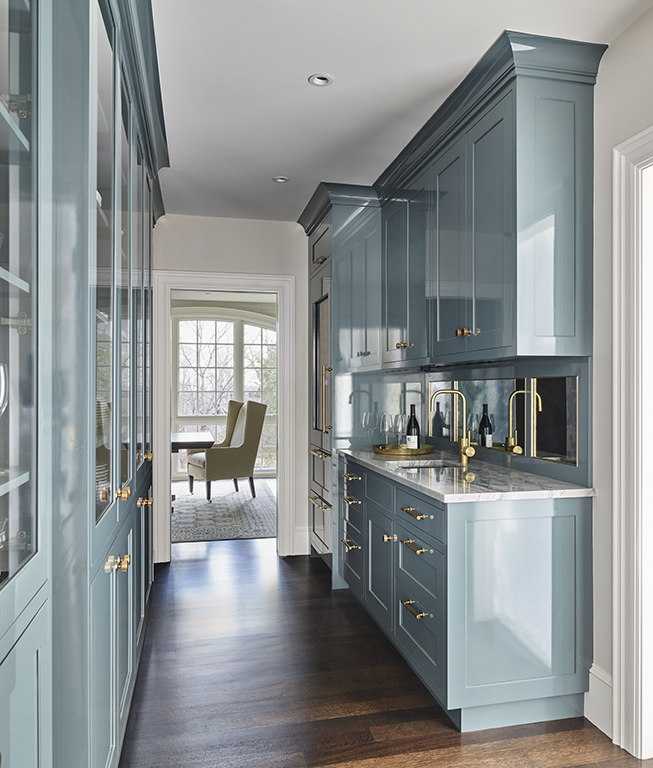 A Wolf cooktop was selected by the wife, who loves to use induction, along with an adjacent Teppanyaki griddle. A Sub-Zero Designer Column refrigerator and freezer flank each side of the coffee station—which can be enclosed with pocket drawers when not in use—while a Sub-Zero wine cooler along with refrigerator and freezer drawers were installed in the nearby butler’s pantry.

“The kitchen is more traditional in construction, but it feels more modern by the incorporation of the brass, which adds a touch of sparkle,” says Kelly.

Venegas and Company, located in Boston’s South End, is unique in that it combines the bespoke offering of a mill work operation with the convenience of a showroom experience. “We are best known for our kitchens, but we work on all areas of private residences,” says Donna Venegas. “We take pride in collaborating with other design professionals and enjoy working on large teams to achieve a complete overhaul of a home like this one.”