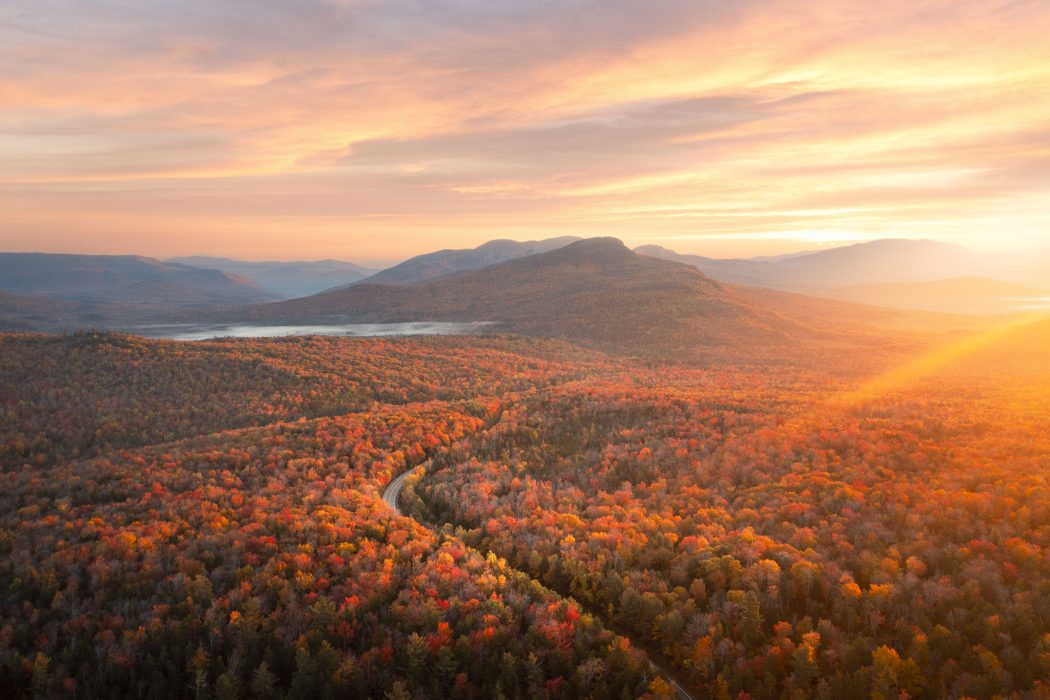 “You never know what you will discover with your camera,” says Betty Wiley, a Yarmouth Port based landscape photographer and photography instructor. “ I often have an idea in my mind’s eye and so I’ve pre-visualized the shot, and then sometimes it just jumps out at you!”

Wiley, whose work has been featured in many local and regional publications, appreciates the beauty in every season, but autumn holds a particular allure. “I grew up in Las Vegas so I had never seen real foliage until I moved to New England” she says. “ The first time I saw fall it was just so extraordinary.  I  had never seen anything like it.”

Each September and October she travels to Vermont, New Hampshire and Maine to capture the spectacular colors of the changing leaves and autumnal landscape. She recognizes that some of her images are of places that have become well known and oft-photographed spots, such as the red barns and white steeples of Peacham, Vermont and the Jenne Farm in Reading, so she tries to be prepared to discover something serendipitous whenever she is on location.

Last year she and another photographer were in Cabot, Vermont, to shoot the iconic Foster Bridge at sunset. They were waiting for the right light, when Wiley thought to look behind her. “I turned around and said oh my gosh, look at the sunset over the mountains!”  she says.”  The light and clouds were just perfect and we couldn’t click our shutters fast enough. It was just such an amazing moment.”

Sometimes the best way for Wiley to find the perfect shot is to jump in her car and just drive around. It’s how she came upon one of her favorite images several years ago.  As she was traveling along Route 25 from Freedom, New Hampshire to Maine where she was doing a photography lecture, she suddenly noticed how the trees on the far side of the Ossipee River were reflected into the water, which was stippled with grasses. “It just stopped me dead in my tracks, so I parked my car and began shooting.” Wiley was soon joined by other folks who wondered what had made her set up her camera. “There was a whole group taking photos of something you might not even notice just driving by, says Wiley. Now I’ve been spoiled with the landscapes I have seen, but I honestly don’t think I’ve ever seen a fall scene as beautiful. The colors, the reflection, the textures. It was just breathtaking.”

Earlier this fall, a walk deep into the New Hampshire woods produced another photo that has already become extremely popular on Wiley’s website. It an ephemeral and evocative image of a leaf strewn path between two columns of white birch trees. “It is off the beaten path in the White Mountains,” says Wiley. “And I don’t really want to give away the coordinates!”

Wiley is happy to go the extra length to create an expressive photo. She is a licensed drone operator, and this year found herself hiking up a hillside near the Kancamagus Highway in New Hampshire to get a spectacular birds-eye view of the highway twisting through red and orange forests. “You have to be at least a quarter of mile away from the highway and find a clearing to launch a drone,” she says. “So we were up there before sunrise, just waiting.  There was a little bit of fog left when the sun came up and hit the foliage. It really took our breath away.”

The now confirmed New Englander (“we have been here since 1982, so I like to think of myself that way”) travels when she can to other regions such as Alaska, Death Valley, Iceland, Cuba and Europe, taking magnificent photos, but says she can’t imagine living anywhere else. “I just love everything about New England.”

Surrounded by so much beauty any time of the year, Wiley likes to refer to an old adage. “Somebody once said that chance favors the prepared mind, and I think that is exactly what happens. So many images are just a kind of luck, being in the right place at the right time, and having your camera ready. Then you can take that unexpected shot.”