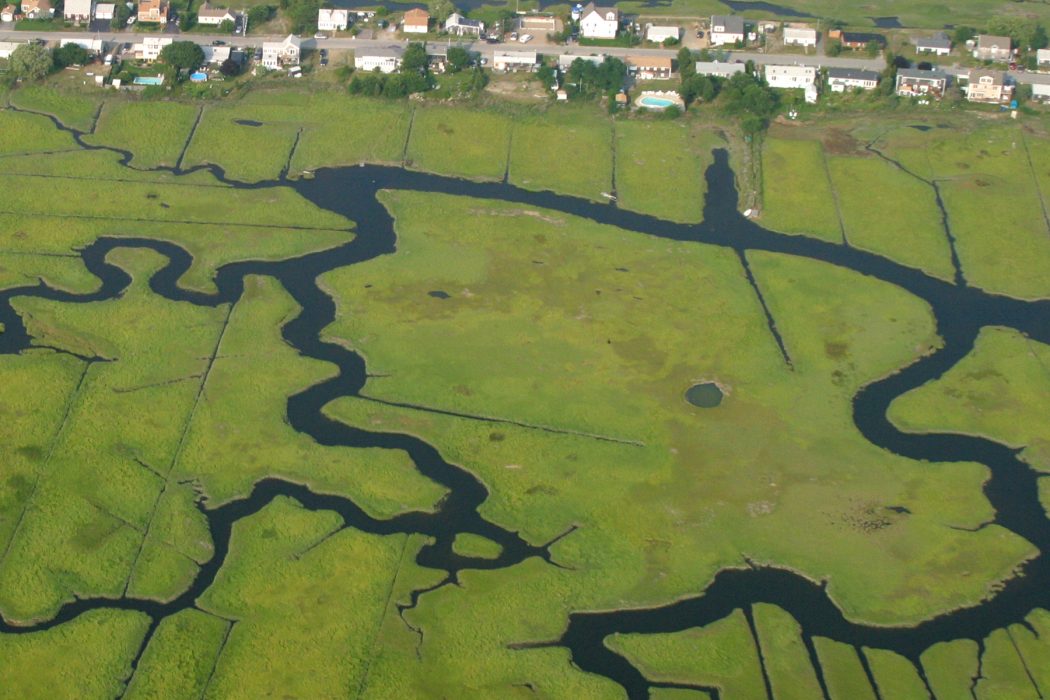 The world can often feel crowded and developed, and sometimes when you’re stopped at a traffic light, or inside your home on a colder winter day, it’s easy to lose sight of where we actually are on Earth. South Shore-based photographer and pilot Margot Cheel reminds us with her aerial fine art photography. From the sky, Cheel reveals Massachusett’s wavy coastline, bright green marshes exposed during low tide, and rivers that carve a curvy path through the land and flowed through towns long before any intersection.

Cheel, who lives in Cohasset, Massachusetts, has been taking aerial photographs for 18 years, and she released a children’s book titled, “What Do You See? Finding Shapes from the Sky.” The book was inspired by a child’s response to one of her photographs—he didn’t see a sandbar, he saw a teddy bear and an airplane. Throughout her book, she poses the question, “What do you see?” Like watching the clouds drift by overhead, children can pore over images of ponds and beaches, fields and farms, and let their imagination wander and wonder about the planet’s ecosystem.

Cheel’s favorite subject is the coast—the way the sand shifts and the blues of the ocean changes with the tides. She points to a few photographs, including one where the South Shore’s North and South Rivers meet at the Spit; Cheel’s bird’s-eye view captures the beige stripes of sand and the cerulean and aquamarines of the water as they swirl together. It’s hard not to be captivated by Cheel’s higher perspective that reveals a breathing, moving, changing world.