After his stunningly successful fundraising as the financial director for President Obama’s 2012 presidential campaign, Rufus Gifford was recognized for his efforts with an appointment as the U.S. ambassador to Denmark. While there, he married his partner of six years, Dr. Stephen DeVincent. The couple was married in a civil ceremony by Copenhagen’s mayor at the city’s town hall. They chose the location as a show of respect for Gifford’s host nation and, in part, to make a statement. It was here that the first same-sex civil union in the world was performed in 1989. 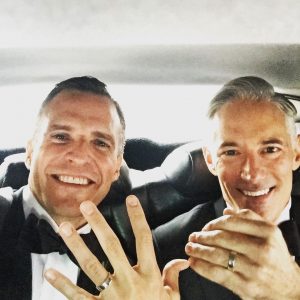 A selfie taken just after Rufus and Stephen’s wedding garnered more than 55K reactions on Facebook.

The role of a U.S. ambassador to a friendly foreign nation is typically viewed as a nearly-off-the-radar existence punctuated with hosting stilted cocktail parties for dignitaries and attending staid official events; so not the case with Rufus Gifford.

By the time Gifford and DeVincent married in October of 2015, Gifford was filming the second season of his hit Netflix reality show, I am the Ambassador, which filmed the ceremony. And the world watched, and celebrated with them; post-ceremony selfies of the newlyweds instantly when viral on social media. The wedding of Gifford, the son of a powerful Boston banker, and DeVincent, a veterinarian with ties to Provincetown and an adjunct staff member at the Center for Coastal Studies, was covered by Vogue.com, USA Today and The Atlantic, to name just a few.

We caught up with Gifford who is now back in the States and living in Boston.

Did you take some time to relax when you came back to the States or did you dive right into your next endeavor? 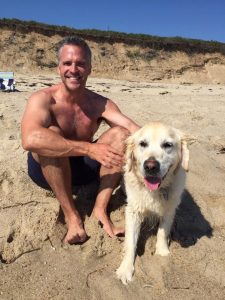 I worked for President Obama for ten years and realized over the course of that time I never had a real vacation. And I think that during times like this people jump into their next job or chapter too quickly. I have tried to use the last seven months to do a bit of work here and there but mostly rest and talk to friends and family about what makes the most sense for me.

And of course I have tried my best to be a good husband, friend, son and brother now that I am home again.

November 8th was a game changer for me. I thought that after Obama left office I would get a peaceful job in the private sector and try and settle down a bit. The Trump election made me realize that so much was at stake and it wasn’t time to give up on politics. So I have decided to come home and work in politics again. That will likely include a run for office in Massachusetts at some point soon.

What made you decide to transition from the entertainment industry to political fundraising?

I was at the same time frustrated by the direction of the country and uninspired by the work I was doing. I saw an opportunity in 2004 to quit my job and work for my home state Senator, John Kerry, become President of the United States. At first I was just a volunteer but I realized quickly that I had more purpose and more desire to get out of bed every morning. Politics was what drove me, and creating positive change in society is what inspires me.

So although Kerry lost, it was the best decision I have ever made professionally. 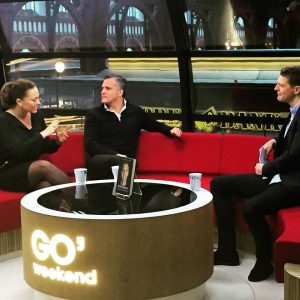 Were you surprised by the amount of attention – the TV show, the global coverage of your wedding, etc. – you received while in Denmark? Was there any downside to it?

I was incredibly surprised by all the attention. But fundamentally I believe that we have to build back trust in institutions. To build back trust in institutions you have to trust the people inside and responsible for them. As Ambassador, I tried hard to humanize the work and tear down the walls of the job and SHOW people what it was all about. I found we spent far too much time writing op-eds that no one read and talking to audiences that agreed with us. I wanted to push the work further and connect with a part of the population that had never thought much about diplomacy.

The attention was the result of that type of work and although at times it has been difficult and unexpected, I think it was all part of the job and all been worth it. I think I was successful in showing Danes a different side of America, one that was not based in the stereotypes that you see and read about so much. 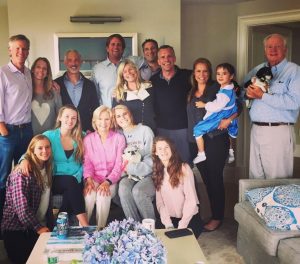 What’s your favorite thing about living – at least for the moment – or having been raised in New England?

It has to be family. I’ve lived far away for so long now, but I have always missed and held onto the values my Mom and Dad instilled in me. I have always been a Massachusetts boy in my heart and soul. Over the years I have missed birthdays and Thanksgivings due to career and life in other parts of the world. But I am home again now and am thrilled to be.