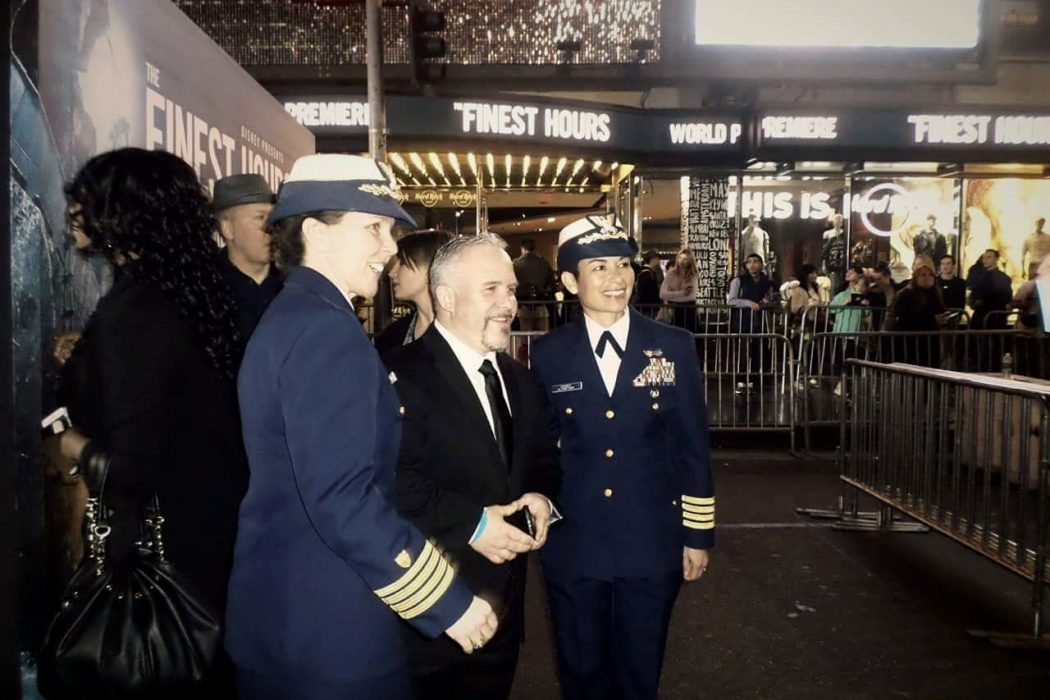 One would need to reside under a rock not to have heard the name Casey Sherman in recent months. The Cape Cod native is the author of several books, including the bestselling The Finest Hours, which he co-wrote with Michael J. Tougias, and Boston Strong, both of which were made into movies (Boston Strong as Patriots Day starring Mark Wahlberg). He recently founded Whydah Productions with Ted Collins, a TV and film writer, producer and director. Dave Wedge, the former Boston Herald writer with whom Casey collaborated on Boston Strong, is also a managing partner at Whydah Productions.

The billboard for The Finest Hours in Times Square.

Upcoming projects for Whydah Productions include Challenge, a movie about Pete Frates, the Boston College baseball player living with Lou Gehrig’s disease who inspired the Ice Bucket Challenge, as well as films about Tom Brady’s remarkable 2016 season, and Barry Clifford, the famed treasure hunter who discovered the remains of the Whydah off of Cape Cod in 1984.

Your career seems to have positively exploded with the release of the Walt Disney movie based on your book The Finest Hours. Has it been a wild ride?

It truly has been a wild ride. The Finest Hours was a tremendous experience, from the red carpet premiere in Hollywood, to giant movie billboards in Times Square, to a private screening with former President George H.W. Bush and Barbara Bush. But the greatest reward for me has been the ability to share the story of those brave men with audiences in 150 countries around the world on the screen and on the page. 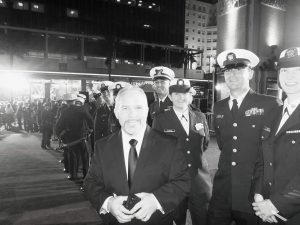 Casey on the red carpet at the premier of the Walt Disney film based on The Finest Hours.

Have there been any particular standout career moments?

I don’t write for accolades. I write because there are important stories to share. I am humbled by the relationships I’ve been so fortunate to develop with Coast Guard heroes, Boston Marathon Bombing survivors, and those committed to changing the world for the better. These relationships stand out for me.

How did you get started as a writer?

I call myself the accidental writer. I never dreamed of writing bestselling books until I was thrust into the spotlight because of my work on the Boston Strangler case. My Aunt, 19-year-old Mary Sullivan, was the youngest and final victim of that notorious 1960’s murder spree. I re-investigated the case to provide closure for my mother. Only a decade later did I think about writing a book about the case. The book, called Search for the Strangler, became a surprise bestseller and the rest, as they say, is history. 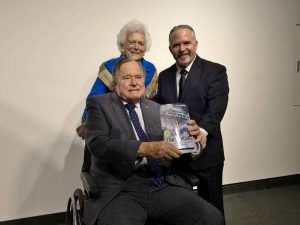 Author Casey Sherman with President George H.W. Bush and Barbara Bush at a private screening of The Finest Hours.

The Boston Marathon bombing hit home and hit hard for New Englanders. Did you find the research and writing of Boston Strong more difficult than your previous works?

Because of the pain felt in my own family with the Strangler case, I could relate somewhat to how the survivors were feeling. I always strive to get to the heart of the story. I think the people I write about understand my empathy and open up to me in a way they may not with other writers. I also had a great writing partner for this book, Dave Wedge. We got each other through the process. We felt tremendous sadness at times and soaring inspiration at others. The resiliency of the survivors lifted us up.

What was your favorite thing about growing up on Cape Cod?

That’s easy. It is the friendships that I had and continue to have there. Many of my classmates at Barnstable High School remain my closest friends to this day. I cherish them all and am equally proud of their achievements.