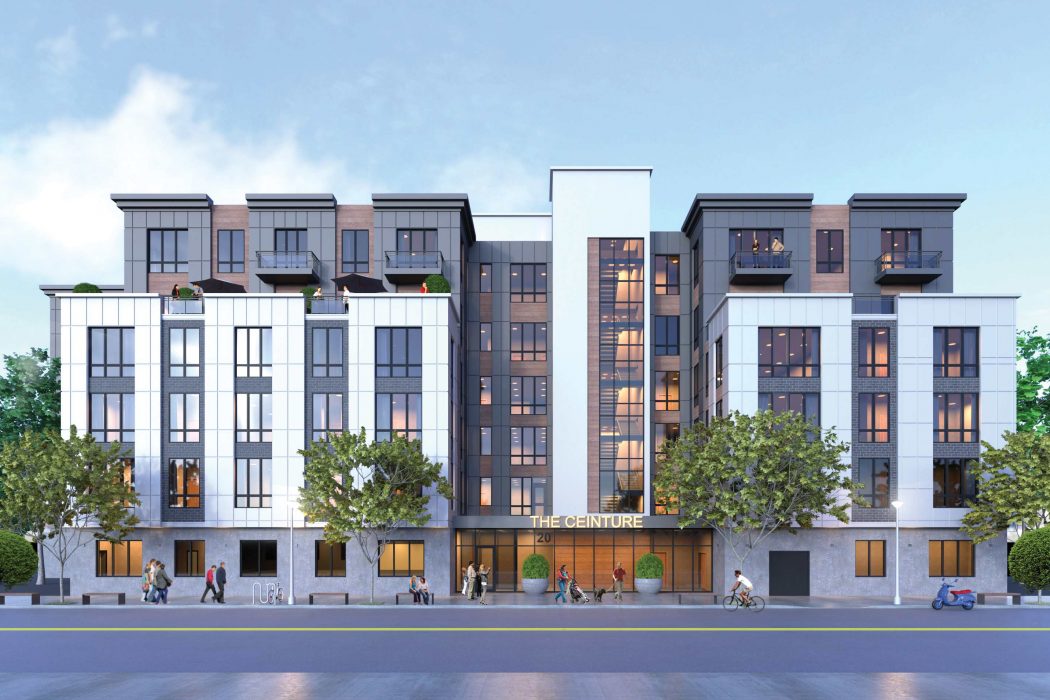 Speculation about real estate trends during Covid-19 have followed a familiar line: everyone is moving out of the city. But, as sales statistics began to eventually demonstrate, that isn’t necessarily the whole story. “We had a period when there was a lot of talk that people were leaving Boston, seeking more space and distance in the suburbs and beyond,” says Ken Tutunjian, branch manager of Coldwell Banker Realty in Boston’s Back Bay. “But that was more hype than reality.”

Tutunjian said that he saw a different shift that indicated there was just as many buyers as sellers. “I wasn’t sure if that trend would hold, but now months into the pandemic we are seeing better ratios than 2019. The downtown Boston market is experiencing exceptional activity with homes selling in less time and for higher prices.”

One of the downtown properties that has sold well in this challenging environment is a new building in South Boston called The Ceinture.  Located in Broadway Village, The Ceinture will include fifty-four luxury residential units as well as over 4,000 square feet of amenity space including a roof deck, a clubroom with catering kitchen, fitness center, a community work café, and a furnished lobby with a part-time concierge. “The building is already 75 percent reserved,”  says listing agent Dan Gollinger. “ We had been selling well before Covid, and then we had a few months of shut down. But the minute the city re-opened we began seeing a big influx of buyers.

“Gollinger says that a lot of buyers are looking to move out of smaller residences but want to still stay in Boston. “ The most popular units are with two bedrooms or an office. People realize they need break-out space for work, but they don’t want to leave the city mindset and everything that comes with urban core living.”

Tutunjian says his overall sense is that people will never turn their backs on Boston.  “I’ve seen families choosing to stay and empty nesters coming back to Boston, with everyone being even more committed to city living.”  He recognizes that there was a moment, early in the pandemic, when no one knew what would happen but then people adapted and learned how to live within the new environment.  “I was in real estate in the wake of the 9/11 attacks, I was here in the crash of 2008.  I sold properties after the marathon bombing when everyone was saying the city isn’t where you should be,” he says.  “And the good news is that each time Boston came back stronger.”