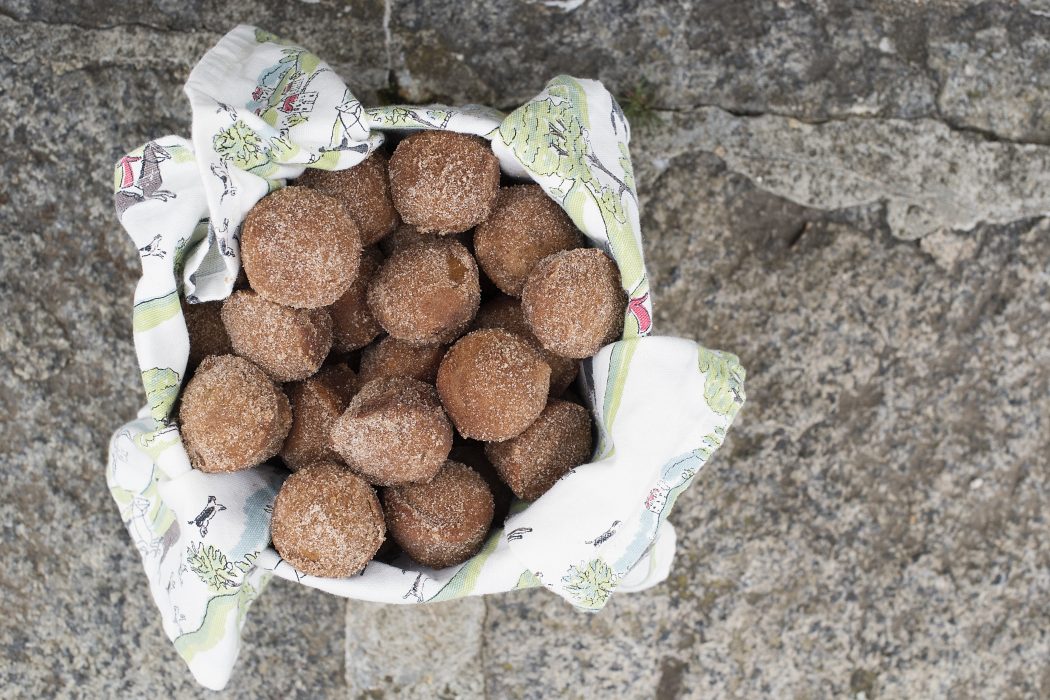 Duffins are a hybrid of two crowd-pleasing treats. Made with the ingredients and flavors of a donut while prepared with the technique of a muffin.

Begin by mulling and reducing the cider to yield 1/2 cup. Combine the apple cider, orange slices, cinnamon stick and cloves in a small pot and simmer on medium-to-low heat for about 20 minutes or until the cider has reduced and 1/2 cup remains. You want a rich, syrup–like cider for the biggest punch of fall flavor. Set aside and allow to cool to room temperature.
Grease mini–muffin molds and preheat oven to 350 F.
In a large mixing bowl, combine flour, baking powder, baking soda, cinnamon, cloves and salt.
In a medium bowl, whisk egg, melted butter, dark brown sugar and granulated sugar. Whisk in buttermilk, reduced apple cider and vanilla.
Add the wet ingredients to the dry ingredients, stirring gently and careful not to over mix. (It’s okay if a few small clumps remain.)
Pour batter into the prepared mini–muffin molds, filling 2/3 full (only a couple teaspoons of batter are necessary for each duffin hole. Bake approximately 9 minutes or until toothpick comes out clean when tested.
Meanwhile, prepare cinnamon–sugar topping. Melt butter and place in a small bowl. In a separate bowl, combine sugar and cinnamon. Baste duffin holes with melted butter. Then use your fingers to generously toss in the cinnamon sugar mixture. Allow duffin holes to set on a cooling rack until ready to serve.