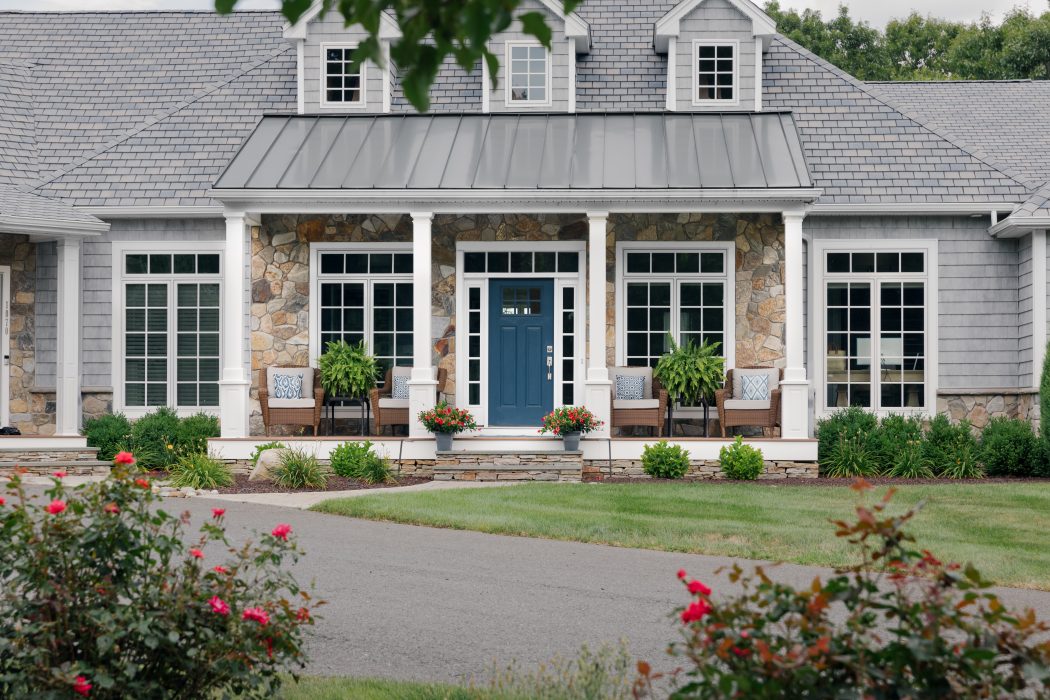 How a real estate developer integrated the pillars of yoga into her home design.

Real estate developer Tina DePalma didn’t even realize she was incorporating the pillars of yoga into her new home when she mapped out the design. Given that DePalma practices yoga daily, the process appropriately enough flowed that way organically. “It came naturally to me,” she explained. “As I went through the process, I realized that’s what I was doing, and I began to correlate my building and design with my love of yoga.” As a result, the five pillars of yoga—gaze, breath, foundation, heat and flow—served as the five pillars of home design that she employed when creating her 3,200-square-foot home in Suffield, Connecticut. 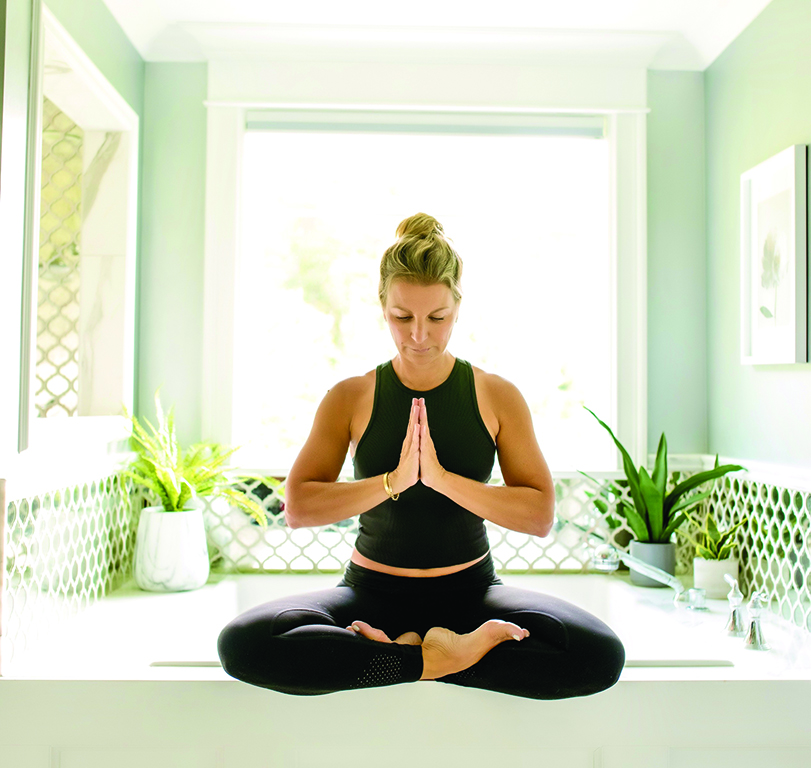 With each of these yoga principles in mind, DePalma designed a home flooded with natural light, thanks to an open floor plan, light gray walls, white trim and sixty-five Marvin windows. “Large open windows can put us on a state of meditation, which is calming to the soul,” she explained. This abundance of light lent itself to the yoga principle of gaze, known in Sanskrit as “drishti.” Windows dominate every room, even the powder room, allowing DePalma to continue to enjoy her surroundings from inside the home. Nowhere is that more evident than in the family room, which has eight windows and a door framing a massive stone fireplace. And the entire front of the house has windows that are made to look like doors, with transom windows above. “The family room is sort of a sun room,” she said. “I can look outside and see the barn and my gardens, and natural light flows in. Everywhere I look is to an open space with open light.” A floor-to-ceiling window plays a featured role in her office. “I placed my desk against the window,” she said. “Most people wouldn’t do that, but I love it. I have nature and my gardens to look at.” 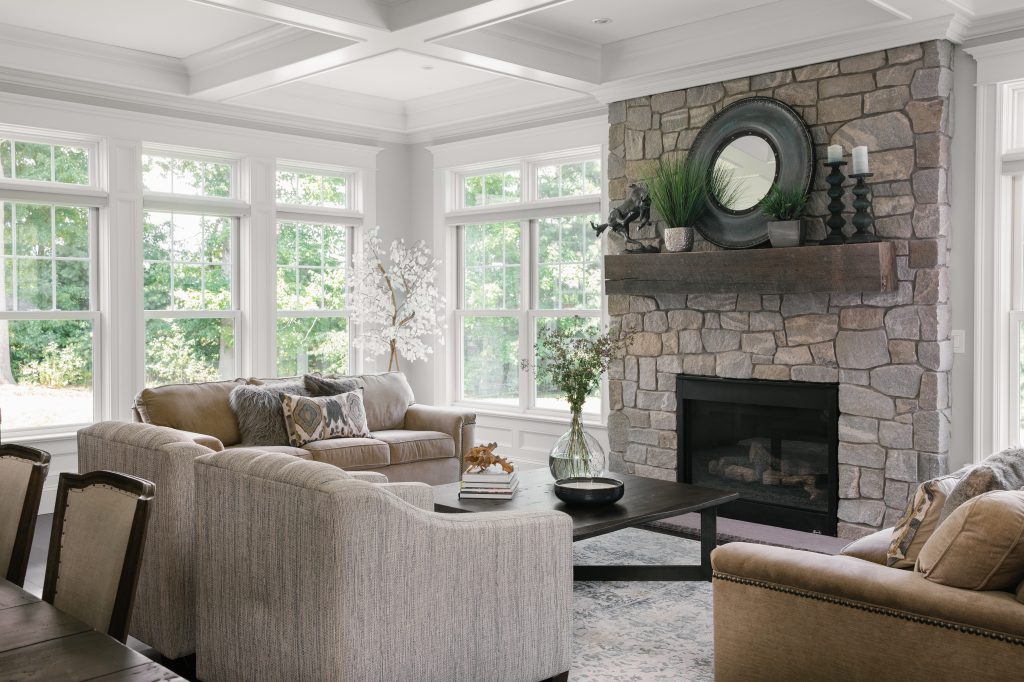 The uniquely designed master bathroom has tub water flowing from a tiled ceiling, with a window behind the tub. There are even windows strategically placed so that the family dog, Louie, can easily look out without having to jump up. Electronically controlled blinds that fold discreetly into the molding when not in use can be drawn when there’s a need for privacy or a respite from the light. With the exception of the master bedroom, DePalma does not employ curtains.

Equally important to the home’s design was the yoga pillar of flow. DePalma, who loves to entertain but also works from home, felt it was essential to create an open floor plan that also had distinct spaces. “It needed to be able to accommodate large groups while still feeling as though people were separated into multiple rooms,” she said. The kitchen, dining room, family room and screened porch indeed flow seamlessly together. “Even though the rooms are separated, you can see everyone in every room,” she said. “I’ve had gatherings with seventy-five people and yet everyone feels as though they are together.” 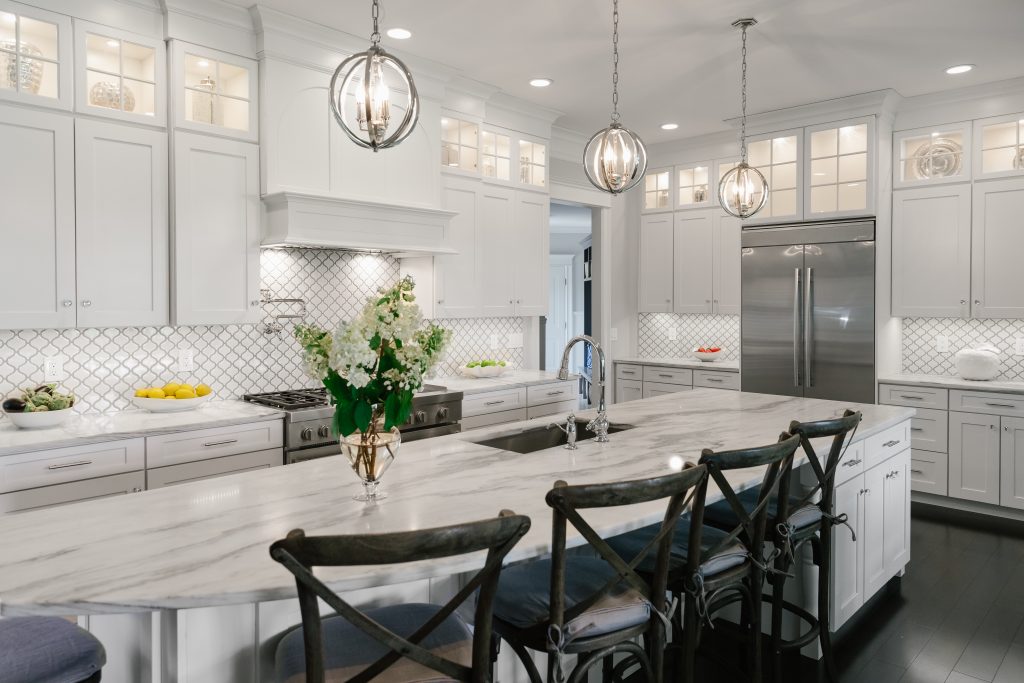 An avid cook, DePalma placed special attention on the kitchen, which features a large island and a nearby table in the dining room that seats twenty people. As she prepares a meal, she can communicate with guests in the adjoining rooms or simply gaze out the window and marvel at nature. “I planned my kitchen to be able to look toward my guests when preparing food, while also enjoying the open layout and the natural lighting,” she said.

This open concept of flow, called the “vinyasa” in yoga, represents the constant movement all of the other pillars of yoga need to follow, she explained. “We need physical movement to stay healthy and happy,” she said. That movement and uncluttered openness of the home also created another yoga pillar called “ujjayi,” or breath. “In life and yoga, it is the most important element,” DePalma explained. “Without breath, we are nothing.” 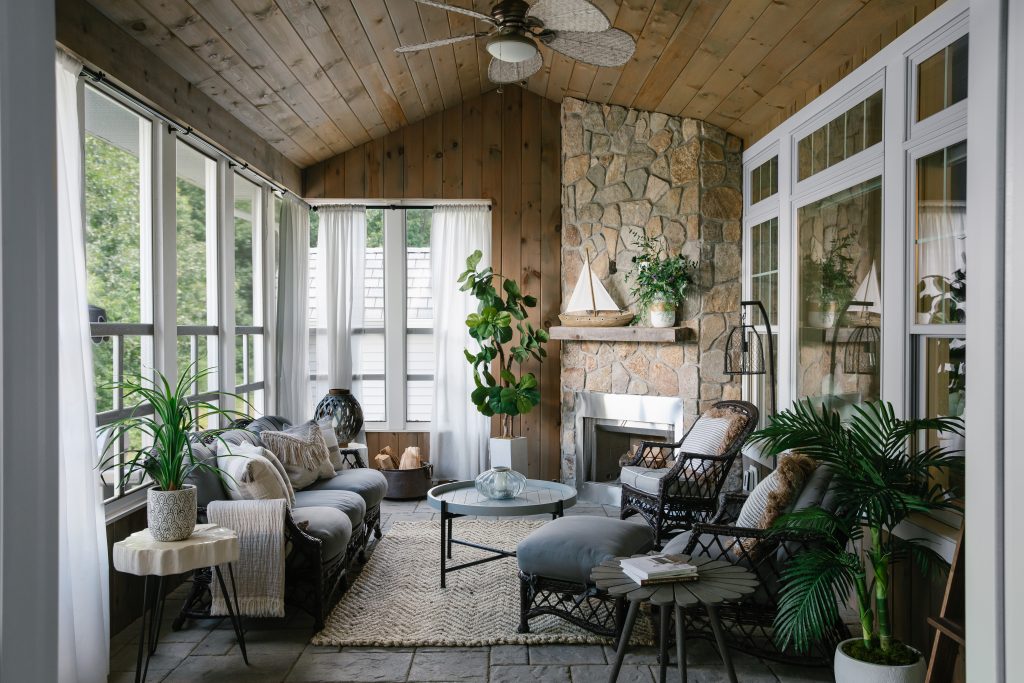 The yoga pillar of heat was created by using muted wall colors that contrast with chocolate-stained wood floors and a copper ceiling in the family room. “I kept the colors soft and warm, without harshness,” she said. There are also two fireplaces. In addition to the floor-to-ceiling stone fireplace in the family room, there is a fireplace on the screened porch that can be seen throughout the interior of the ranch house. From the kitchen, DePalma can look out through a large triple window toward the porch fireplace. “Heat can be something that gives you goose bumps,” she said. “Things and items that you love in your home and can’t live without. Things that make you feel all warm and fuzzy. Another way to achieve this is through the actual heat in the home with fireplaces, along with heated floors in bathrooms.”

Finally, DePalma knew that the home must include the yoga pillar of foundation, which focuses on creating a strong base for each pose to enhance stability. In her home, it meant embracing her roots. Thus, DePalma has a photo hallway reflecting her Italian heritage. “Everything stems from our roots, just like a home is built from the foundation up,” she said. Indeed, for DePalma, home design and yoga have become intertwined. “I’ve seen what yoga does for the mind and what it has done for me,” she said. “I’m consistently looking to educate myself in mindfulness, yoga, faith and what truly makes people happy. I’ve learned the mind is such a powerful thing.” And if she ever forgets that, all she’ll have to do is look around for the reminders incorporated into her home. 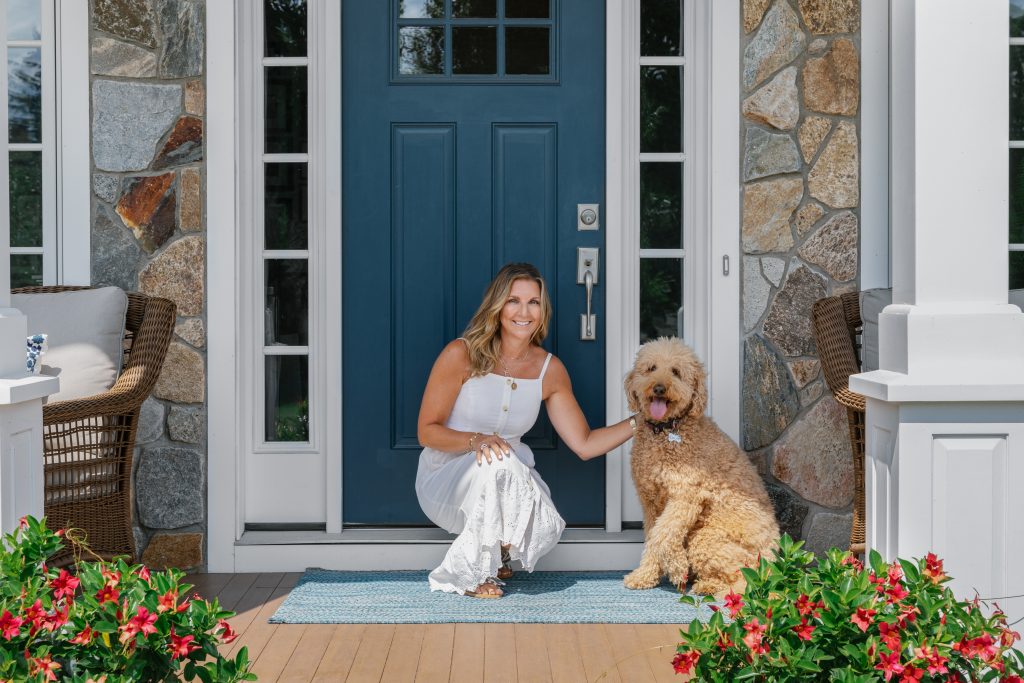