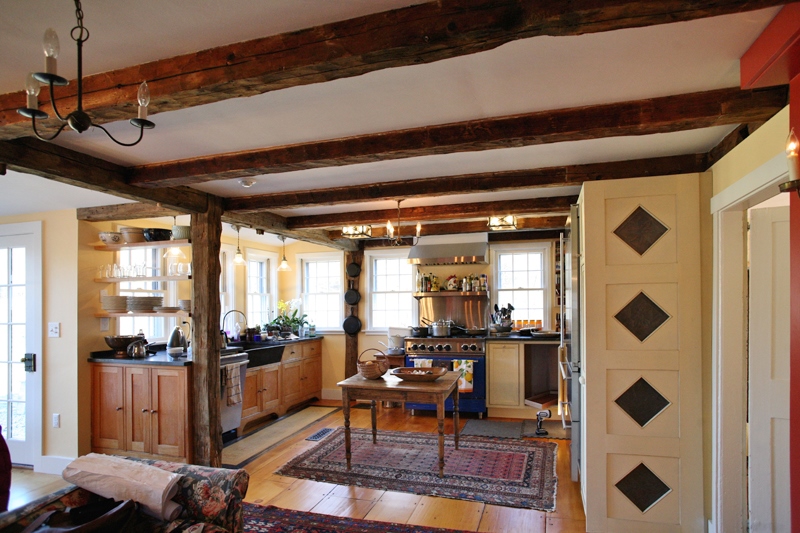 With their need for constant, often complicated, upkeep, it takes a certain kind of person to make the commitment required in owning a historic home. When it comes time to undertake the renovation of a treasured antique abode, it requires a certain kind of designer to envision a remodel which introduces desired new elements while respecting, and highlighting, existing historic elements.

Since establishing Latady Design, LLC in 2000, Kevin Latady has deftly proven that he is, in fact, that “certain kind of architect.”

While obliterating a historic home’s original elements may be the far easier method when approaching a renovation, Latady “…works with the character of the house, avoiding unnecessary demolition or disfiguring the original aesthetic,” according to his website.

Based in Lexington, MA, Latady works primarily in the regions west and north of Boston, areas that are brimming with history and antique homes, such as this 18th-century gem in Stow, MA.

This project encompassed the renovation of the existing kitchen as well as building a new addition which created an adjacent eating area, and a new master bathroom and closet. The goal of the renovation portion of the project involved improving the circulation into the kitchen area and opening up the view from the kitchen into the expansive backyard.

As construction began, horizontal siding, on what had likely been an exterior wall at one point, was exposed. Rather than simply hide the siding – which still had bits of vintage wallpaper clinging to it – again, Latady gently altered the design to not only incorporate it, but to make it a focal point.

The completed renovation delivered all of the new elements his clients were seeking while the cherished, original components were refreshed making them even more prominent that when he started.

The rear elevation just as construction was beginning (on left) and as it was completed. 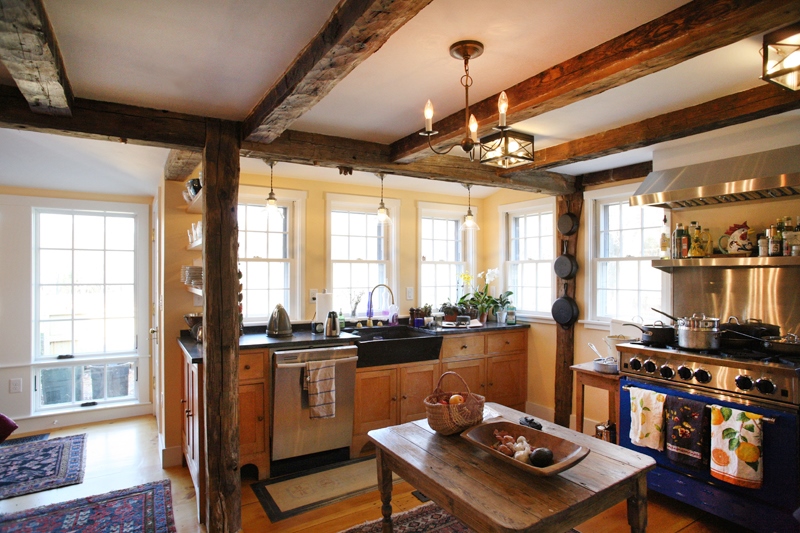 With the existing beams left in place, the newly-renovated kitchen retains its Old World charm. 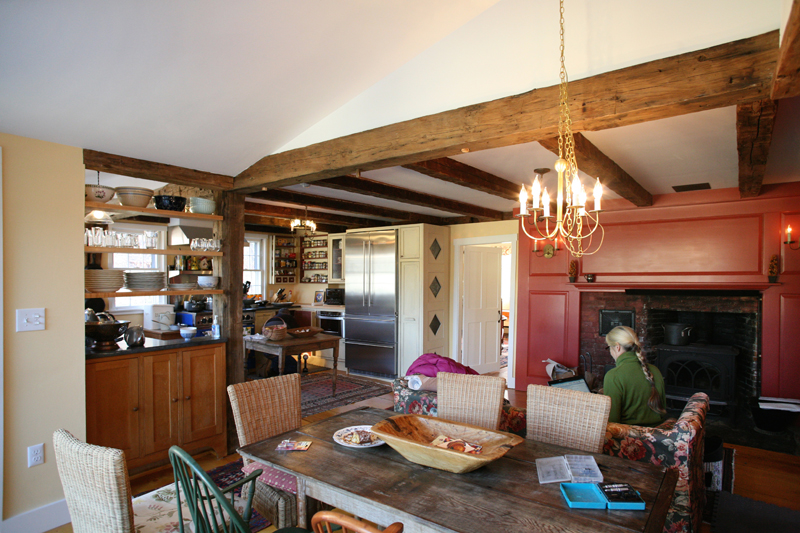 Creating a better sense of flow into and around the kitchen was one of the goals achieved during the remodel. 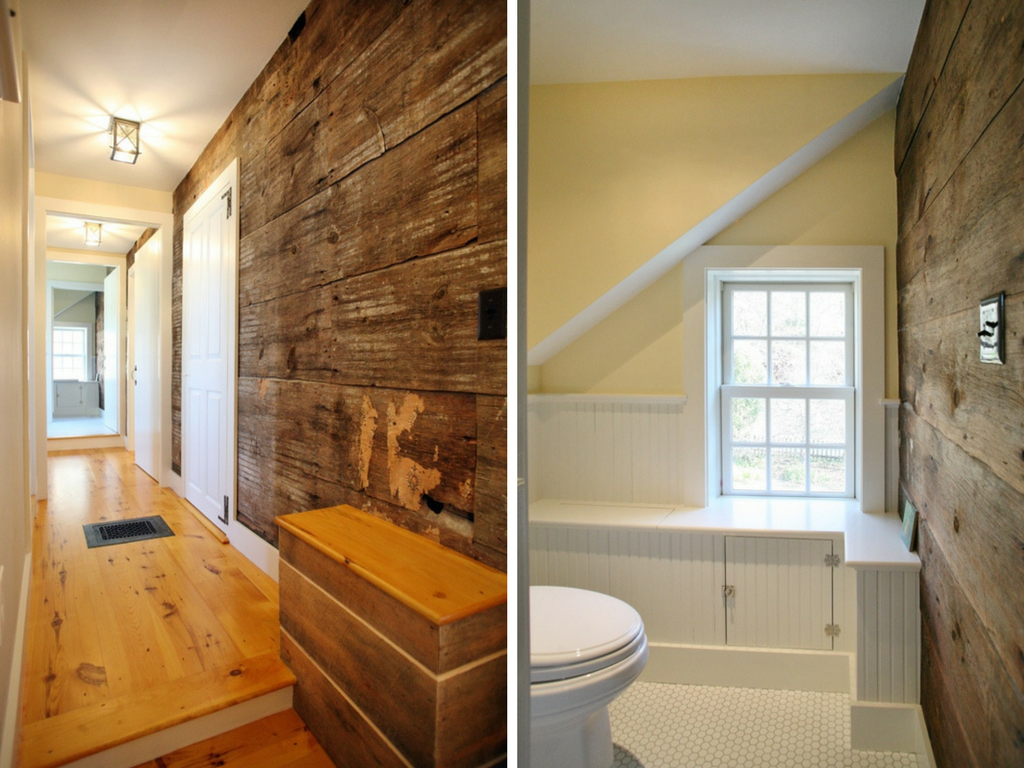 Ancient wood siding uncovered during the renovation was left exposed when the project was completed. 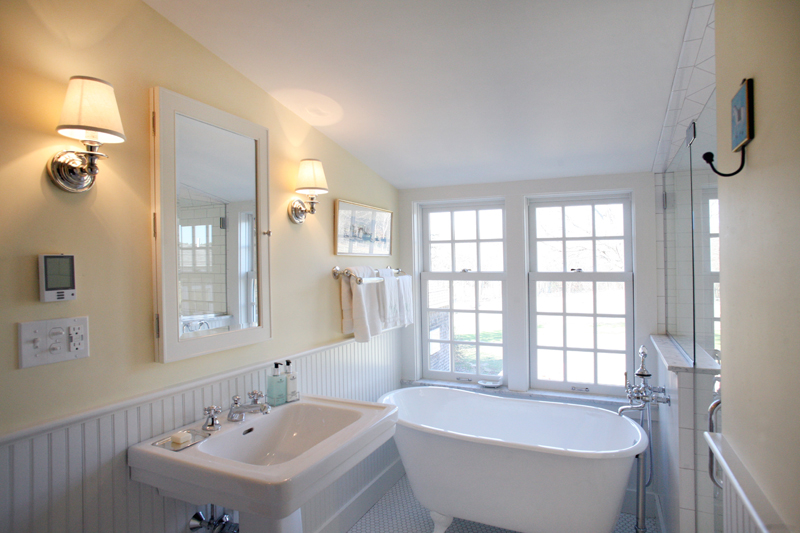 The look of master bath, part of the new addition, is in keeping with the home’s historic pedigree.