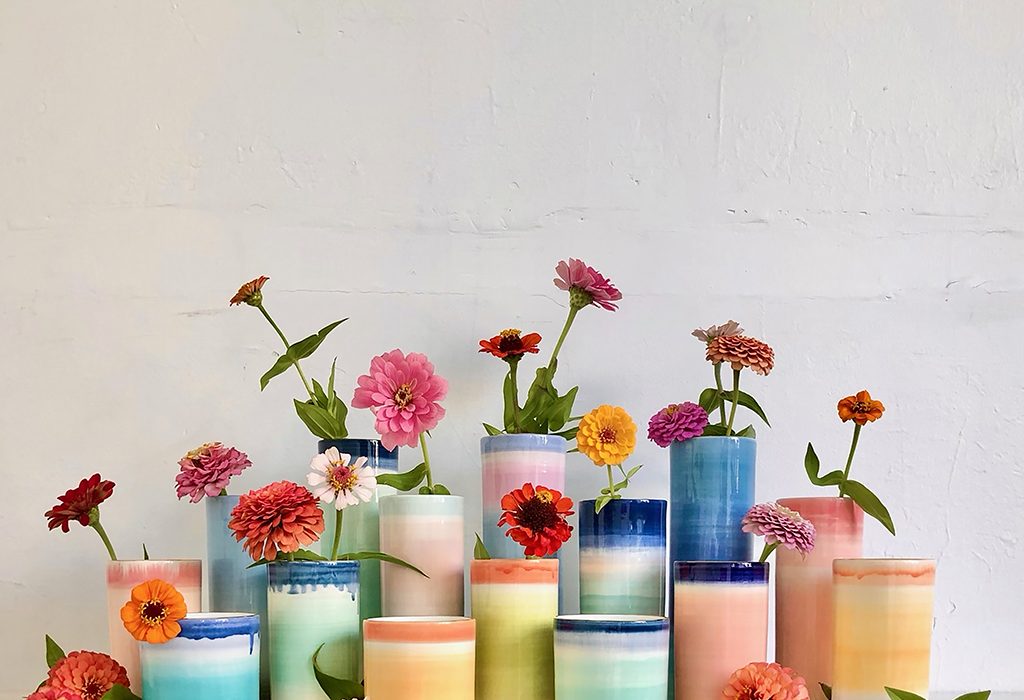 After mastering the art of Instagram to market her flourishing business, potter Jill Rosenwald is focusing on her creativity again.

Jill Rosenwald has come full circle. After 25-plus tumultuous years helming her eponymous ceramics business, which has pulled her farther and farther away from making things with her own hands, Rosenwald has once again taken a seat at the potter’s wheel. “When you run a small business, you move away from making things,” says Rosenwald, whose studio is in Boston’s Fort Point neighborhood. “You get pushed out of the job when you become successful.” 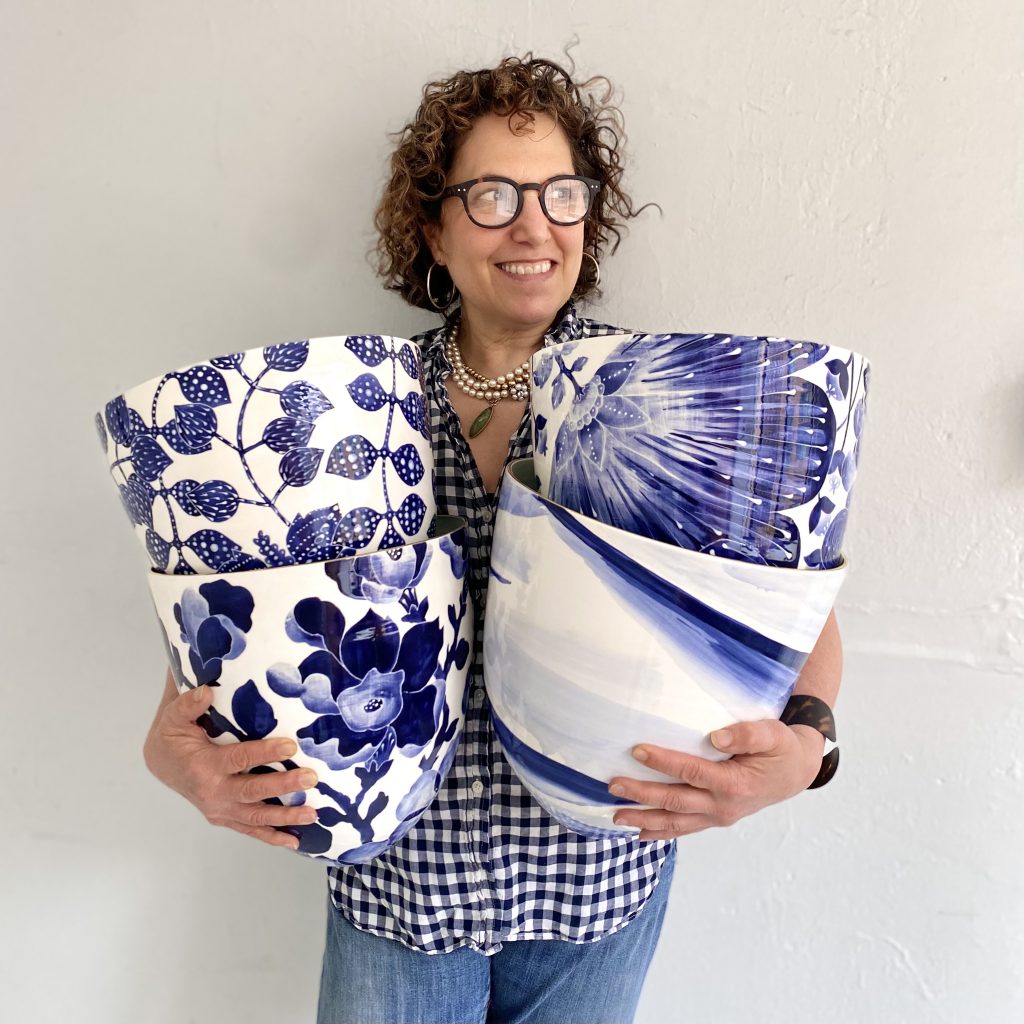 A 2022 New Year’s resolution to make time to be creative has Rosenwald honing her craft. “The truth is, I’m only an okay potter; that’s why I started out making earrings,” she says, referring to the post-college entrepreneurial endeavor that ignited her make it and hawk it career. “If you don’t make room to express yourself creatively, you won’t.”

Rosenwald learned to throw pots as an art major at Hamilton College, following a culturally rich upbringing on Manhattan’s Upper East Side and summers at what she calls “artsy-fartsy” camps. That said, she never mastered the skill. Instead, she made and sold “piles of truly terrible clay earrings,” before finding success making “gift-y” ceramic wares.

Rosenwald’s early vases and bowls embraced 1980s era iconography, such as cowboy hats, cacti, and Keith Herring-inspired characters. “Everything I made was tongue-in-cheek,” she says. “They really matched my personality at the time: goofy with an edge…” 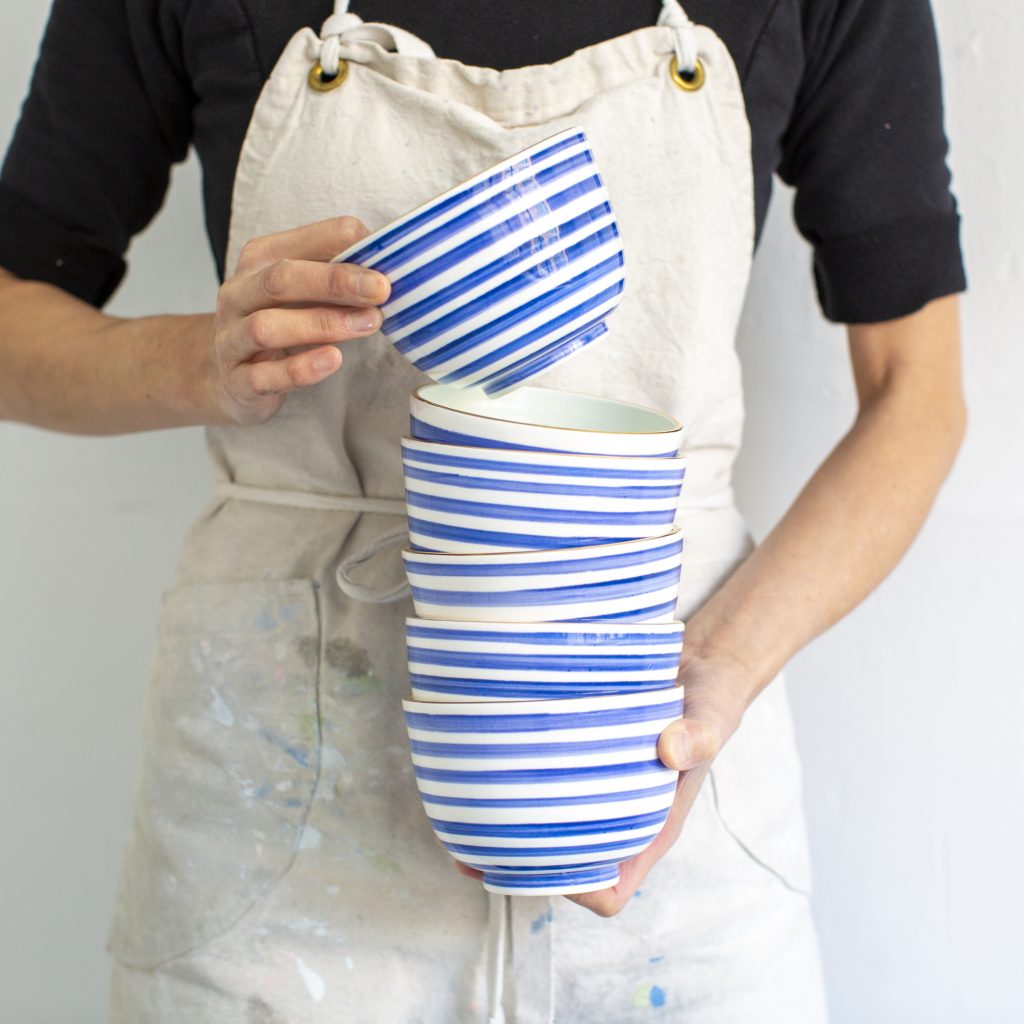 By the early-to-mid-2000s, Rosenwald hit her stride with Pucci-esque pots with as many as 10 or 12 colors per piece. Then the recession hit. In 2009, she started over with pared back pieces. “I realized preppy people like my stuff.”

Today’s designs are more consumer-driven, but Rosenwald’s essence shines through. She keeps the noise to a minimum—each vessel has only one or sometimes two colors—but there are 48 patterns, 100 shapes, and 500 colors from which to choose. “The playful part is in the number of options,” she says. 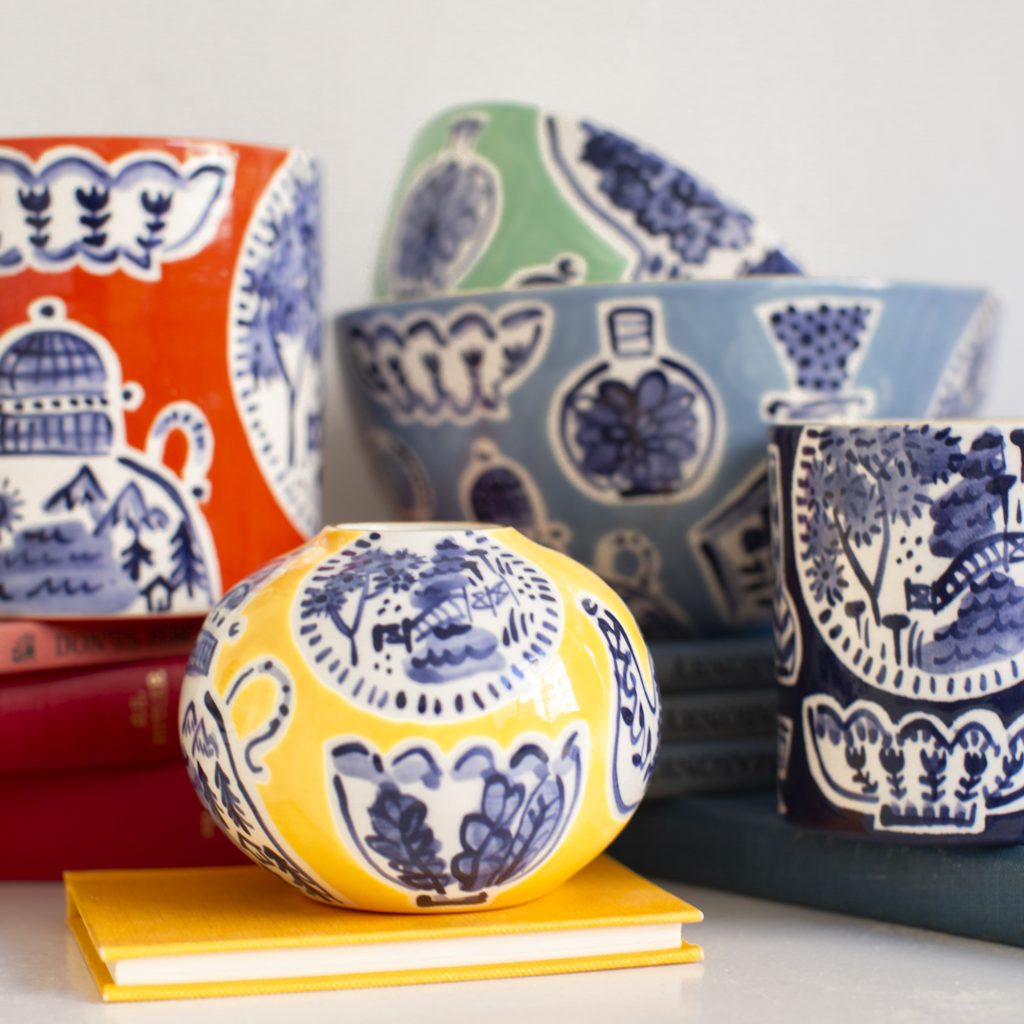 The lively, and yes, approachable, patterns hand-painted in oh-so-pretty colors make for good pictures. That’s important, especially since Covid when Rosenwald’s business shifted again, this time for the better. Selling her inventory via Instagram—she has about 30K followers— in order to pay her employees during the shutdown was a resounding success. While the company boasts about 100 adored retail partners, lots of sales now happen on social media.

Rosenwald loves the direct-to-consumer model where she says, “everyone shows up.” She can communicate with customers, offer behind-the-scenes footage, and be her wacky self. “Once they’re invested in me as the clay lady, they love to see me as a real person,” she says. “They also love my opinions about award shows; a topic I know nothing about.”

Will she TikTok come next? “I think TikTok is a medium for doing dances. Should I be doing dances? I could, I like dancing,” Rosenwald answers with an effervescent burst. “I asked my daughter, who said no, those aren’t my people. Do I think it’s important? Probably.”

In the meantime, Rosenwald is working on a fabric line with said daughter, who is also an artist, and having fun throwing pots after lunch a few times a week. “They’re quirky and misshapen, but have a certain charm to them,” she says of her newest creations. “I don’t know where it’s going, but who cares? You just gotta have faith.” jillrosenwald.com 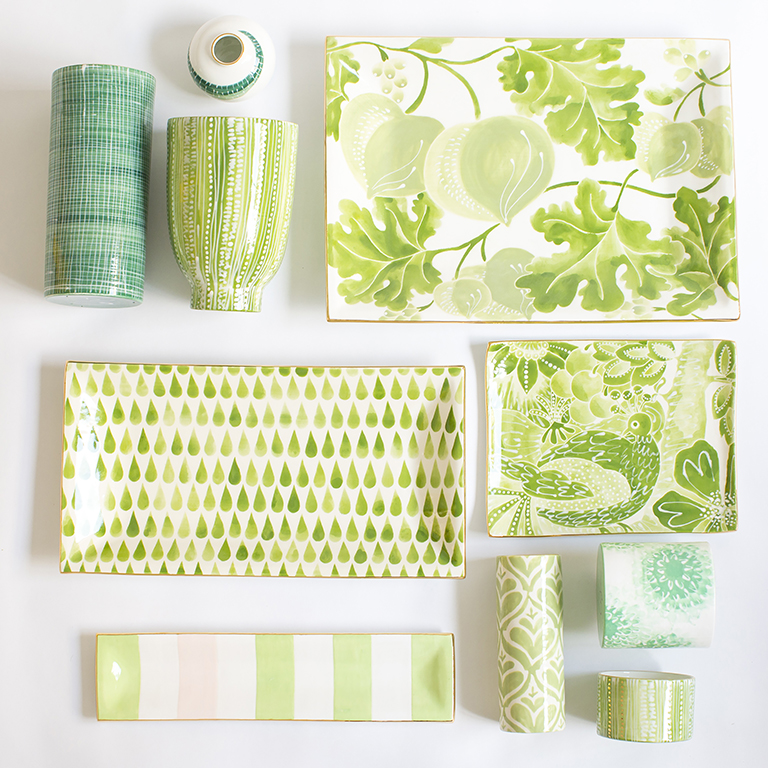