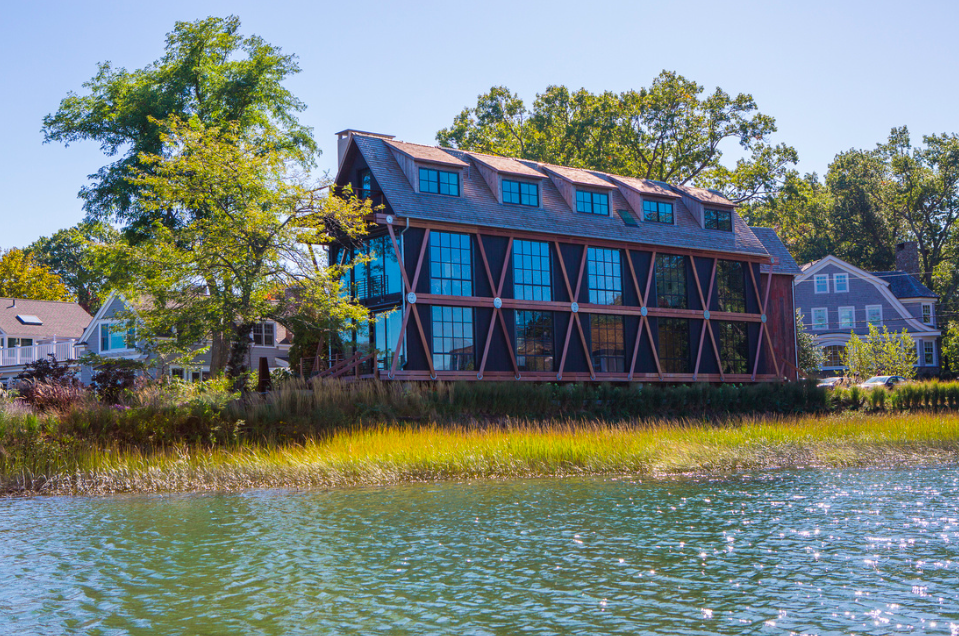 Architect Bruce Beinfield of Beinfield Architecture has received many awards for homes and buildings he’s designed for clients, but his Rowayton home, which was featured in Episode 4 of Season 2, was the first project he created for himself and his wife, Carol.

Inside each wall and every corner was thoughtfully planned, and later adorned with Carol’s funky collectibles. Carol is an artist and where there are empty shelves, she sees opportunity. “I’m like water, I just fill everything,” she says.

Bruce built the home with his wife in mind. “The underlining architectural order is very strong here,” says Bruce. “The house was really designed for an artist who would bring her own level of chaos in and it’s the tension between the order and the chaos is one of the areas that really make the house dynamic.”

The home has a story, too. Right on the edge of a tidal estuary, crisscrossed beams resemble trestles and a railroad track leads out back. The details are nods to the trolley that ran from Norwalk to an amusement park on Long Island Sound in the early twentieth century. The tracks were destroyed in a hurricane and never repaired, but in the creation of their dream home, Bruce and Carol have brought its story back to life.