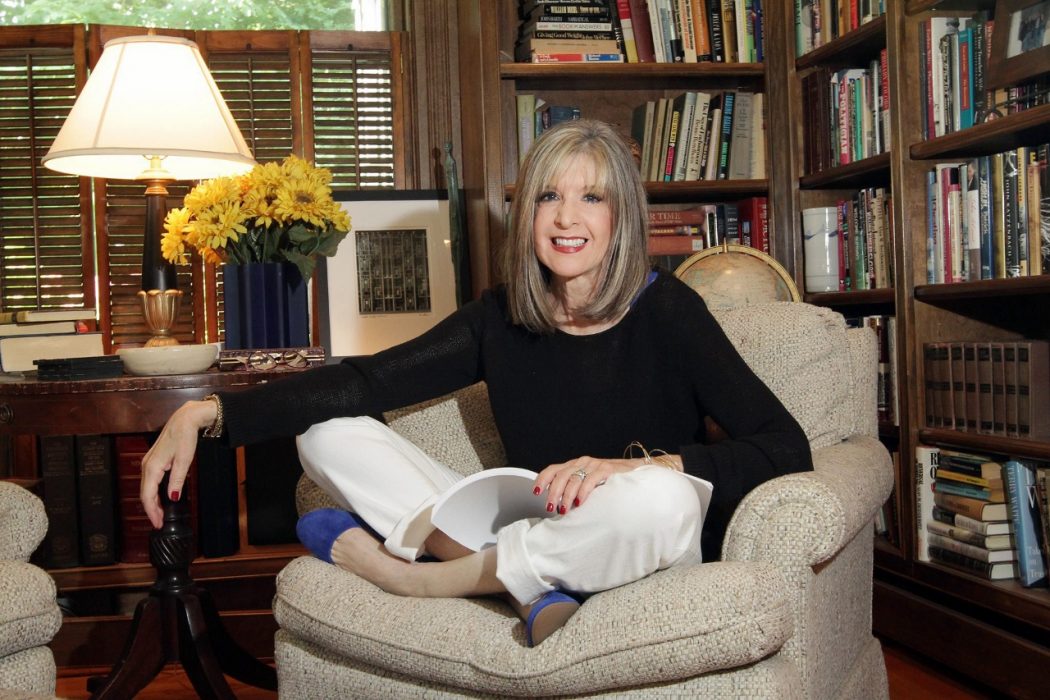 Some people might consider retiring after working as an investigative reporter for 40-plus years. Some people aren’t Hank Phillippi Ryan. Not only the did the reporter known for her “Hank Investigates” segments on WHDH News (which won her 33 Emmys and 14 Edgar R. Murrow awards) start a second career, she started one that just might bring her more fame than her first one. 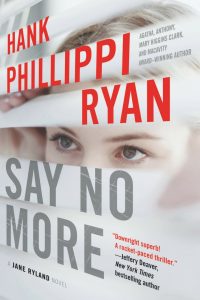 In 2007 Hank added ‘author’ to her already impressive résumé. Since then, Forge Publishing, part of Macmillan, has published nine of her suspense novels and she has at least two more in the works. They’ve garnered her numerous awards and accolades, and a devoted following of readers.

How did you get started as a TV news journalist?

A little bit of luck and a little bit of courage and a little bit of naïveté. I had gotten my first job in broadcasting as a radio reporter in 1970 or so, and they only hired me because they had no women at the station! I went on to work for the U.S. Senate, and then for Rolling Stone magazine, but when I came home to Indianapolis to visit my family, I saw that a local TV station had a job opening for a reporter. So for some reason, and I really can’t tell you why, I applied for the job. I had never worked in television, but the news director brought in a photographer and handed me a microphone and said “talk.” I was so clueless, I did not realize it was a screen test. I thought, “Oh, I can talk.”

Within 10 minutes, the news director told me that he had read my writing in Rolling Stone, and figured he could make me into a TV reporter. And no pressure, because I had no contract. And I think my salary was $8000 a year. That was 1975. I took a chance, and I found my calling, right?

When did you begin your “Hank Investigates” segments? Were there any especially rewarding investigations?

Hank Investigates started in 1988. For years before I had been a general assignment reporter, running to whatever breaking news there was. But after I did the big “think pieces” for the 1988 Democratic and Republican conventions, the news director decided I should be the investigative reporter. Since then, I’ve wired myself with hidden cameras, chased down criminals, confronted corrupt politicians, gone undercover and in disguise. It’s incredibly rewarding! We found massive problems in the home improvement and mortgage banking system, emergency response systems that were unreliable, and firehouses in disrepair. We’ve gotten millions of dollars in refunds and restitution for consumers. We’ve gotten peoples’ homes out of unfair foreclosure. We’ve changed laws and changed lives.

My very best story? I always think that’s just around the next corner. I love my work as a reporter!

What made you want to become a novelist? 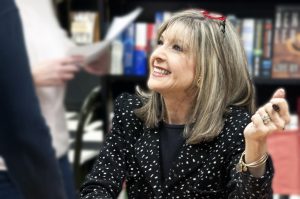 Ever since I was a little girl reading about Sherlock Holmes and Nancy Drew, and devouring Agatha Christie mysteries, I knew I wanted to be either a mystery author or a detective. Now, as a crime fiction author and investigative reporter, I am a little of each. I started writing fiction in 2005, I think it was, when I had what I knew was a very good idea for a novel. (I know a good story when I hear it, right?) I came home and said to my husband, “I’ve thought of a perfect plot, and I am going to write a mystery!” My husband was incredibly supportive, but he said, “Sweetheart, do you know how to write a book?” And I said, “How hard can it be?”
I soon learned how hard it could be, of course. But I have loved every minute of it since then, and I’m working on my 10th novel now.

How quickly did the accolades and awards start coming? Have you been surprised by the success you’ve achieved as a writer?

That first novel was Prime Time, and it’s a mystery about secret messages in computer spam. And of course, the murders that resulted from it, and the intrepid journalist who solves the crime. It soon sold to a terrific publisher, and won the incredibly prestigious Agatha Award for best first novel. I was 55. So I am the poster child for following your dreams in mid-career. 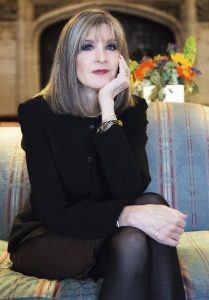 My first thriller, The Other Woman (2012), was nominated or won more awards than any other thriller that year – including the coveted Mary Higgins Clark Award. Was I surprised? That’s not the half of it. Much of the time my feet don’t even touch the ground. I am thrilled, and continue to be thrilled. My newest thriller, Say No More, is an Agatha and Mary Higgins Clark Award nominee, and a Library Journal Best of 2016.

Every time something wonderful like that happens, I vow to work even harder, and make the next book even better.

I grew up in Indiana and, after all these years (I’ve been in Boston since 1983), I still gasp when I see the ocean, and still smile when I smell that briny fragrance of the sea. New England is historic, and vibrant, and gorgeous, there’s always something beautiful or exciting. It has the very old—have you seen the gorgeous libraries in some towns? – as well as the very new; terrific architecture and art and literature. It’s an amazing place for news, and an amazing community of writers. I love walking on the beach, and eating lobster, and discovering how each city and town has its own personality, and seeing the seasons change. We have wild ducks that come to our backyard pool every year, and it brings tears to my eyes every time.