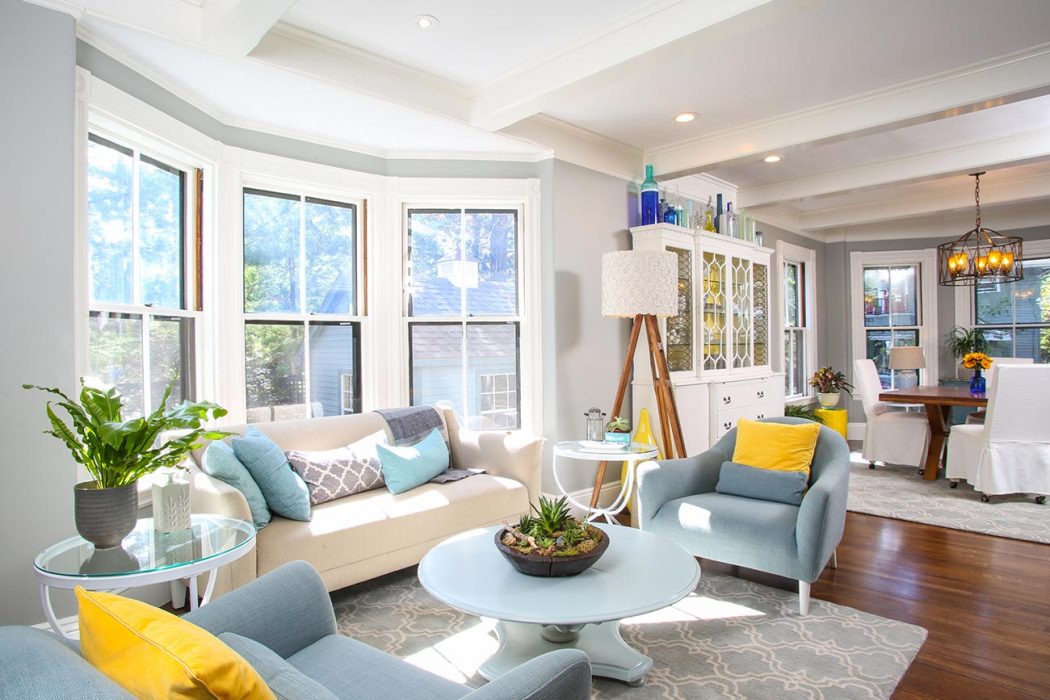 The landscaping was non-existent. The exterior was an unappealing shade of gold. A back staircase jutted awkwardly into the kitchen. The interior was dark.

Overall, the three-story Cambridge house, built in 1895, was in good condition and the downstairs rooms flowed from front to back without walls. But there was room for improvement.

“The family wanted a functional kitchen, a master bedroom suite, and most importantly, more natural light,” says Frank Shirley, of Frank Shirley Architects in Cambridge, who led the renovations. 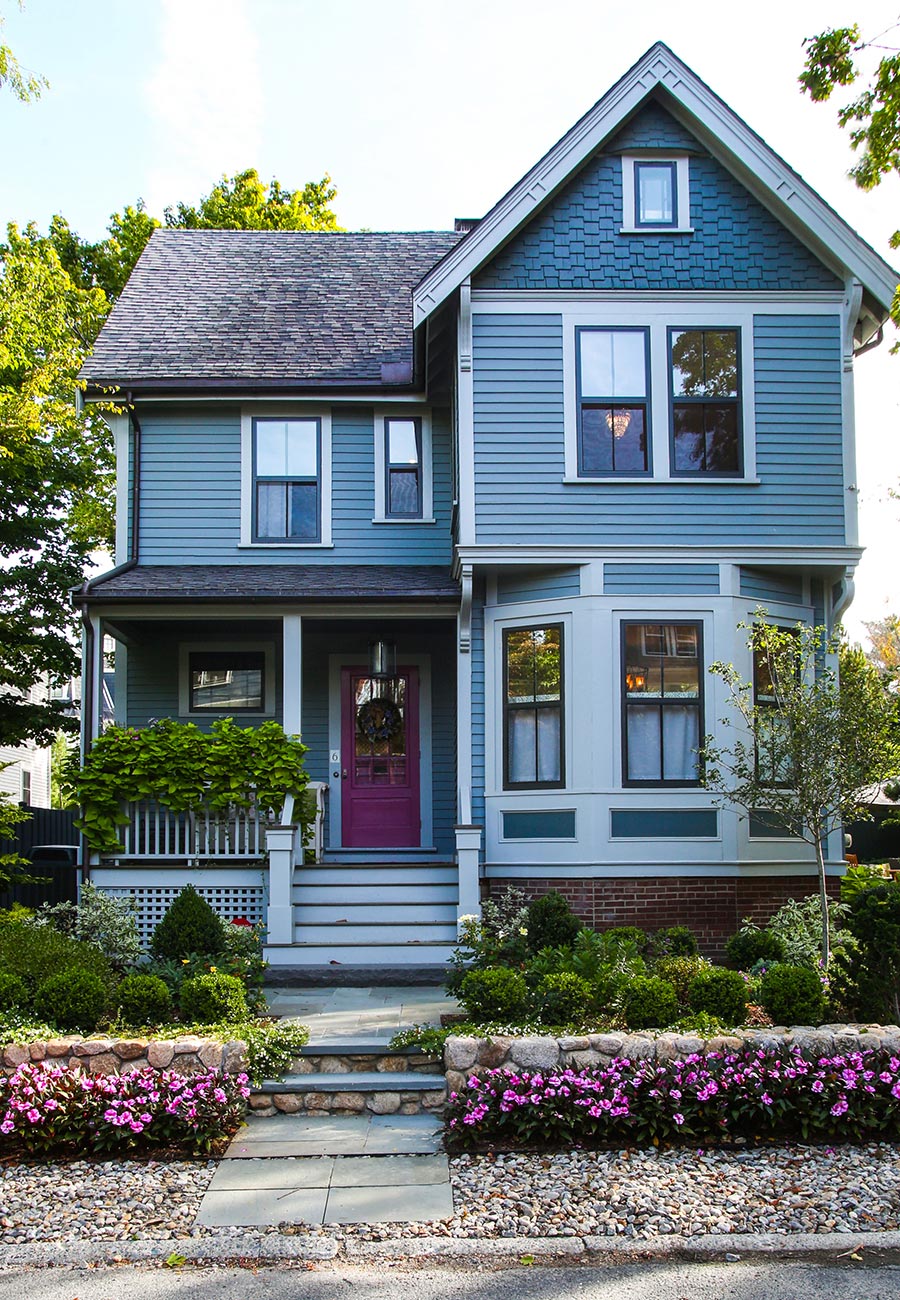 The re-inspired space retains its late-19th-century character yet reflects this family’s modern lifestyle. Key period details were preserved and doorways widened downstairs to better connect the living, dining, and kitchen spaces. The façade is now blue-gray and perennials and shrubs inject curb appeal. Haims was an active part of the process, despite the fact she was not onsite for most of the renovation.

“It was a joy to work with Frank on the renovation,” says Haims. “The builder, Landmark Services, was also spot-on. This made a huge difference as much of the time we were living in the U.K. and I would fly over to make important choices and decisions, but I would also do a lot via email.”

The mixing of old and new really shows in the living room, where the architect kept the beamed ceiling and three-paneled bay window. “The main living area already had great light, and the existing windows were worth saving for their character and craft – something rarely seen on contemporary windows,” Shirley notes. 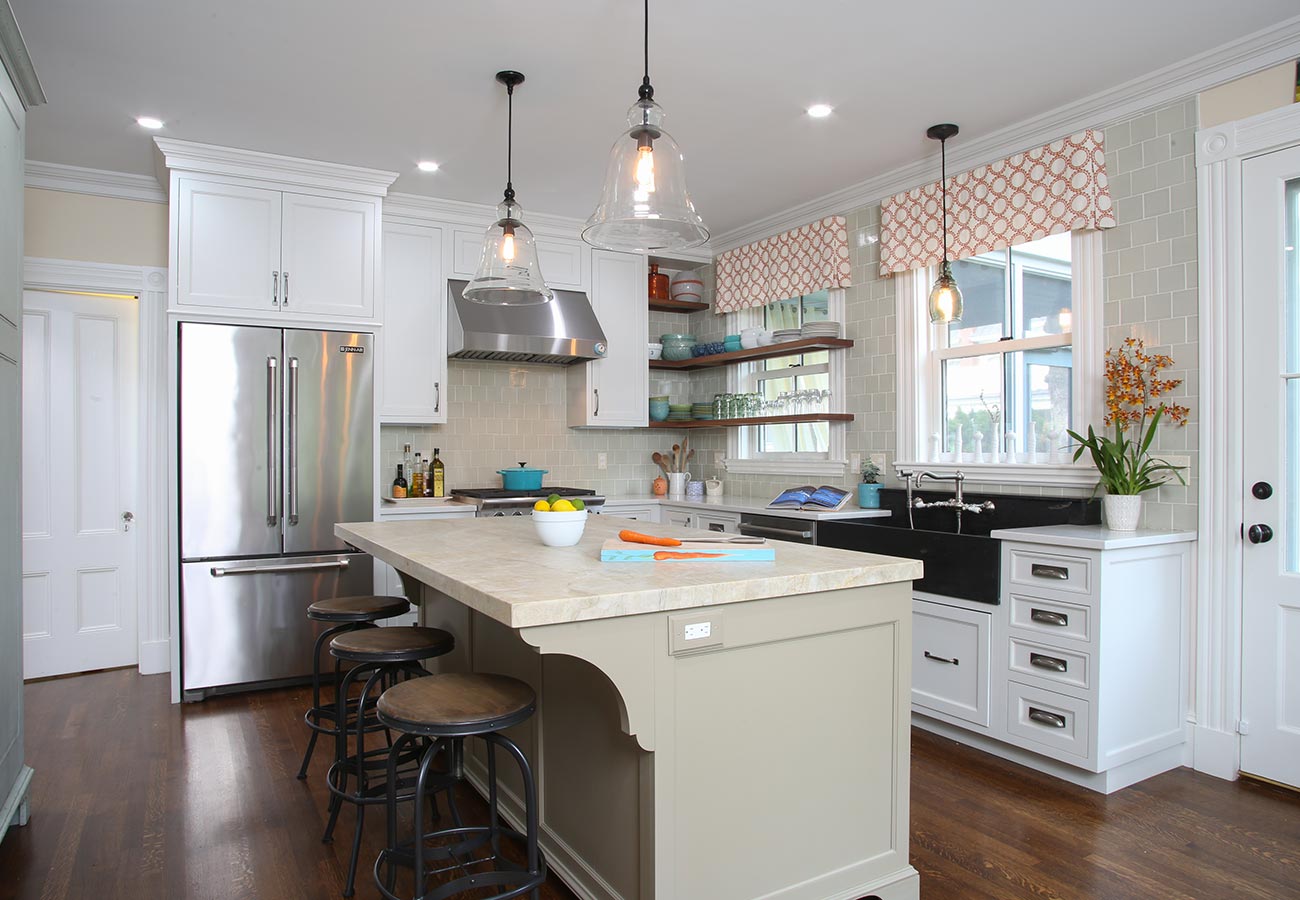 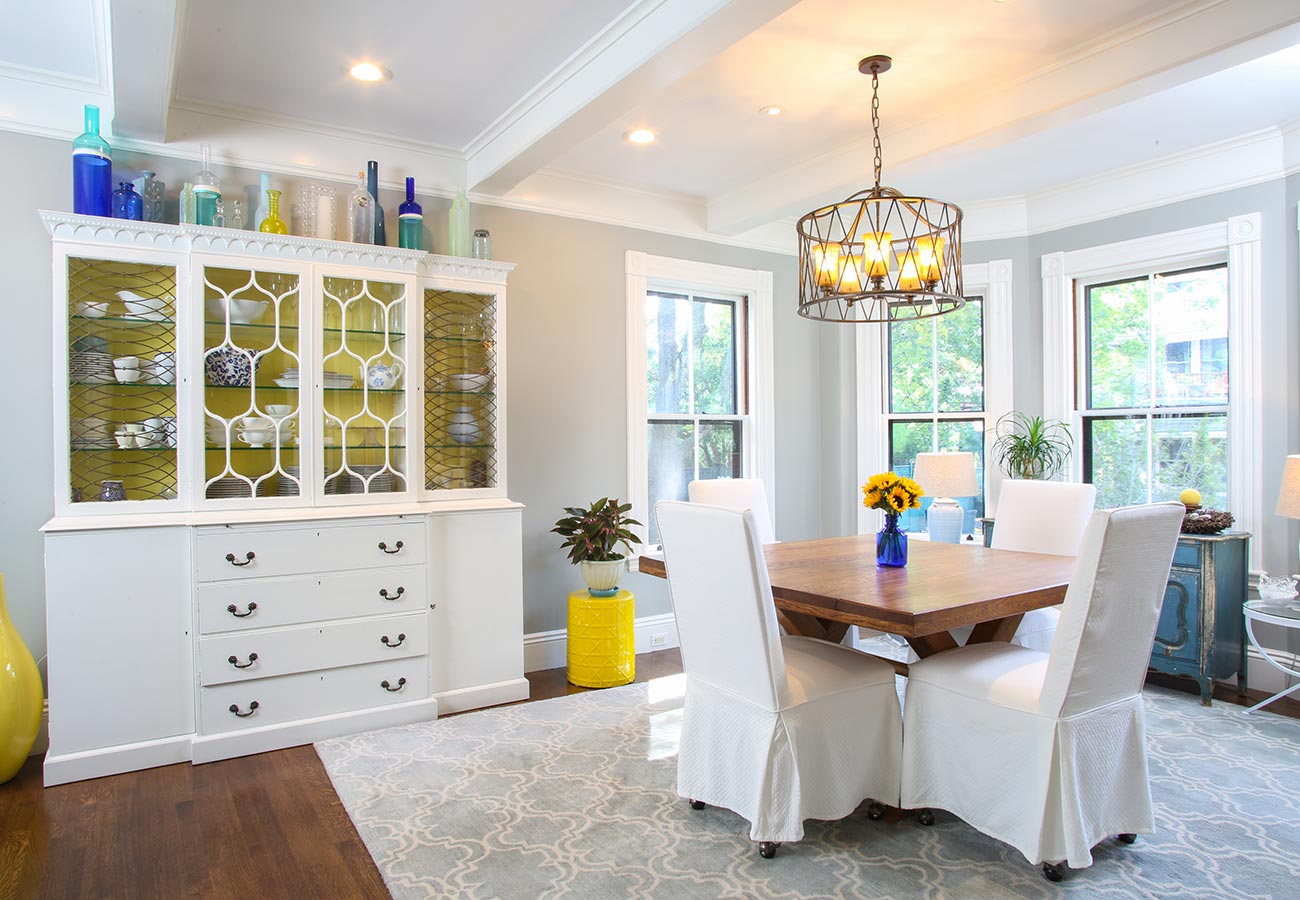 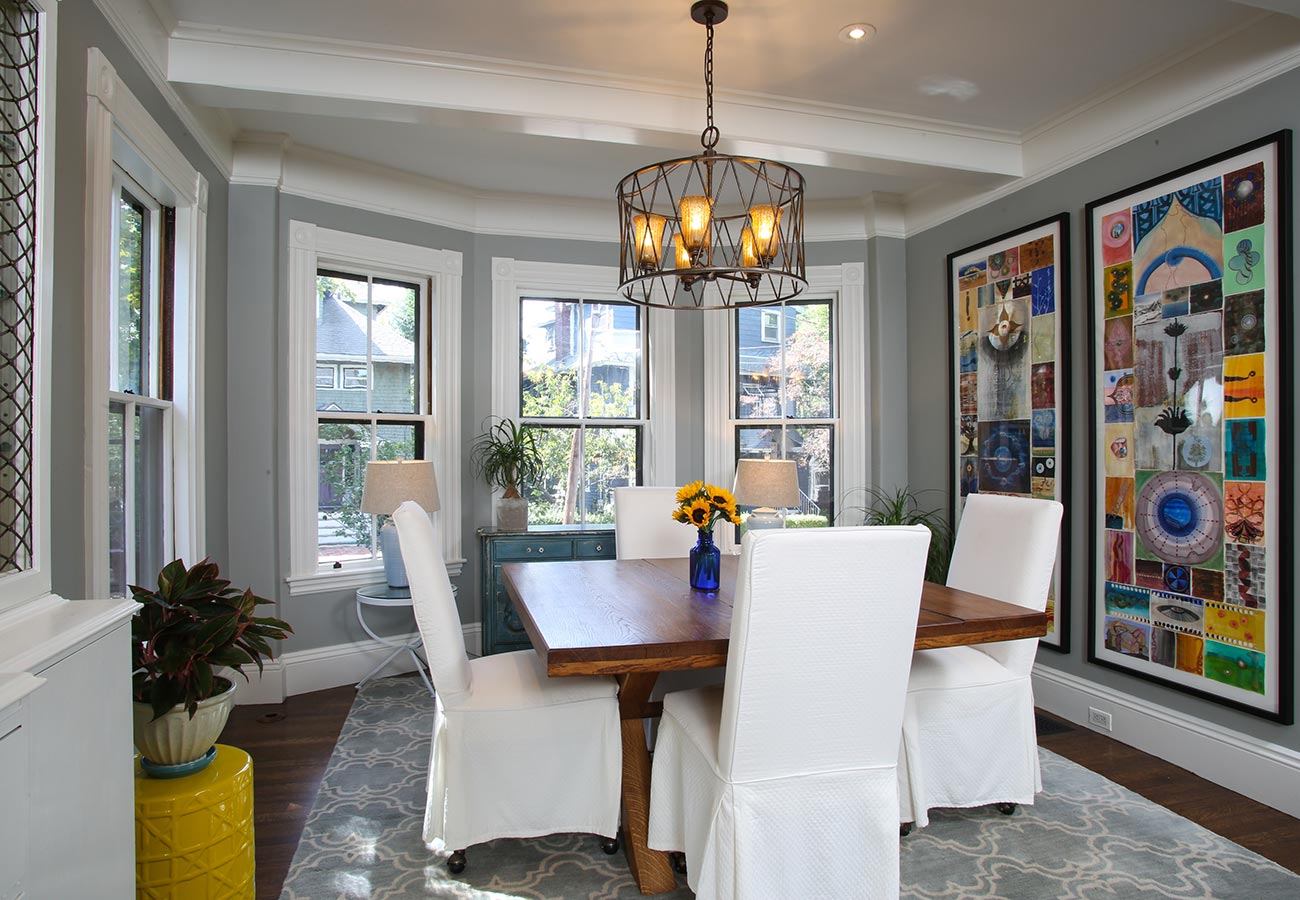 The Victorian polished cast iron fireplace mantle was purchased in the U.K, but the sofa and chairs are from Crate and Barrel. Haims scoured tag sales (coffee table), antiques shops (tripod lamp, surveyor’s tool), and consignment stores (glass-fronted hutch) to find additional décor. Colorful throw pillows add pops of color. A new blue-gray, floor-to-ceiling floor “cupboard,” made by Haims’ friend in the U.K., is actually a door that opens into a space for hanging coats.

Shirley said the cramped kitchen needed a complete gut to transform it into an efficient work triangle for cooking and entertaining. Michele Kelly of Venegas and Company guided the kitchen design and the cabinetry was built by Crown Point Cabinetry. The focal point is a handsome blue-gray, quartz-topped island that contrasts nicely with the cleaner lines of the white kitchen cabinets. The island features a warming drawer that Haims also uses as a bread box.

Her favorite part of the new kitchen is the huge armoire pantry cabinet, designed by her U.K. friend, that holds dry goods and small kitchen appliances. 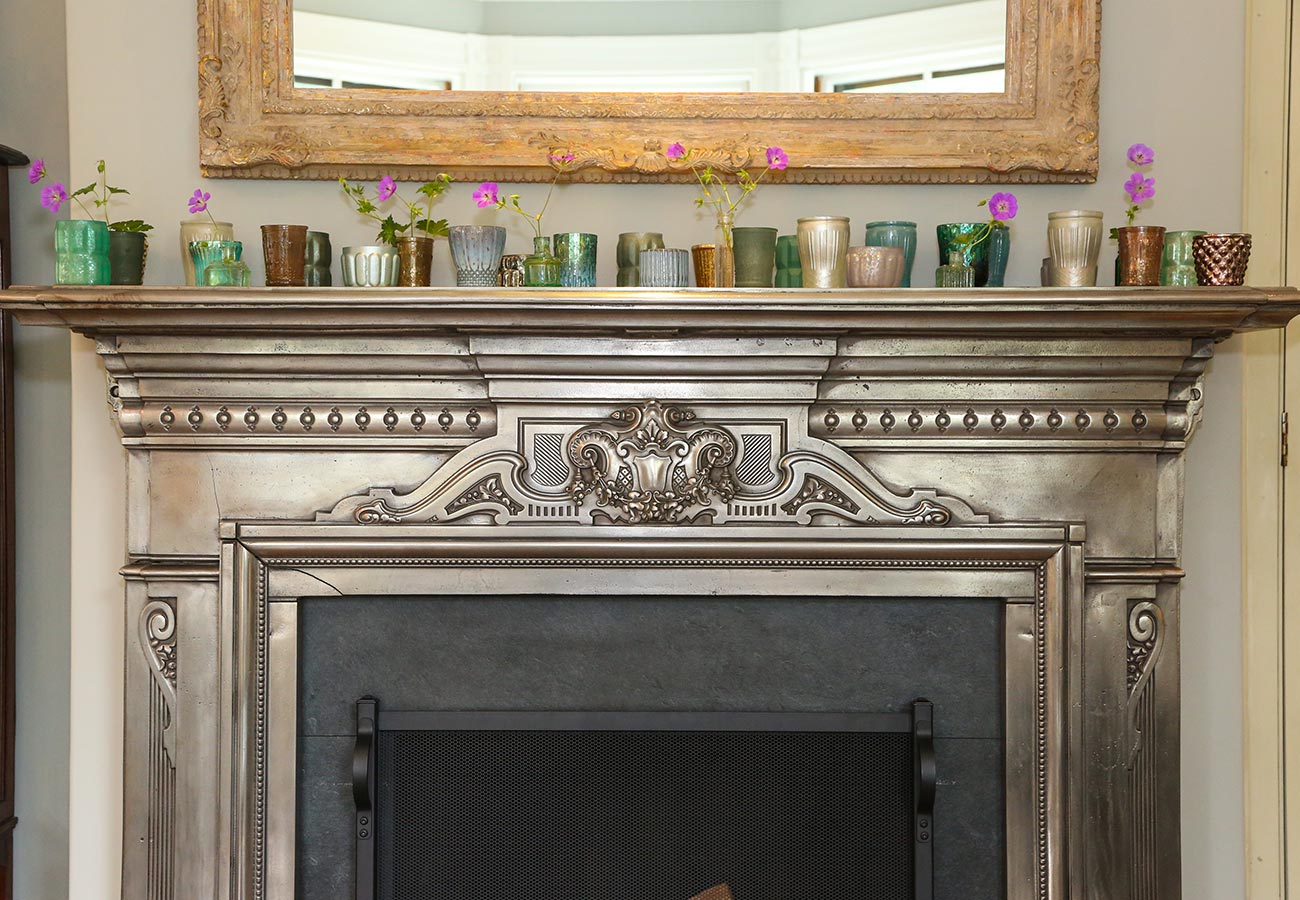 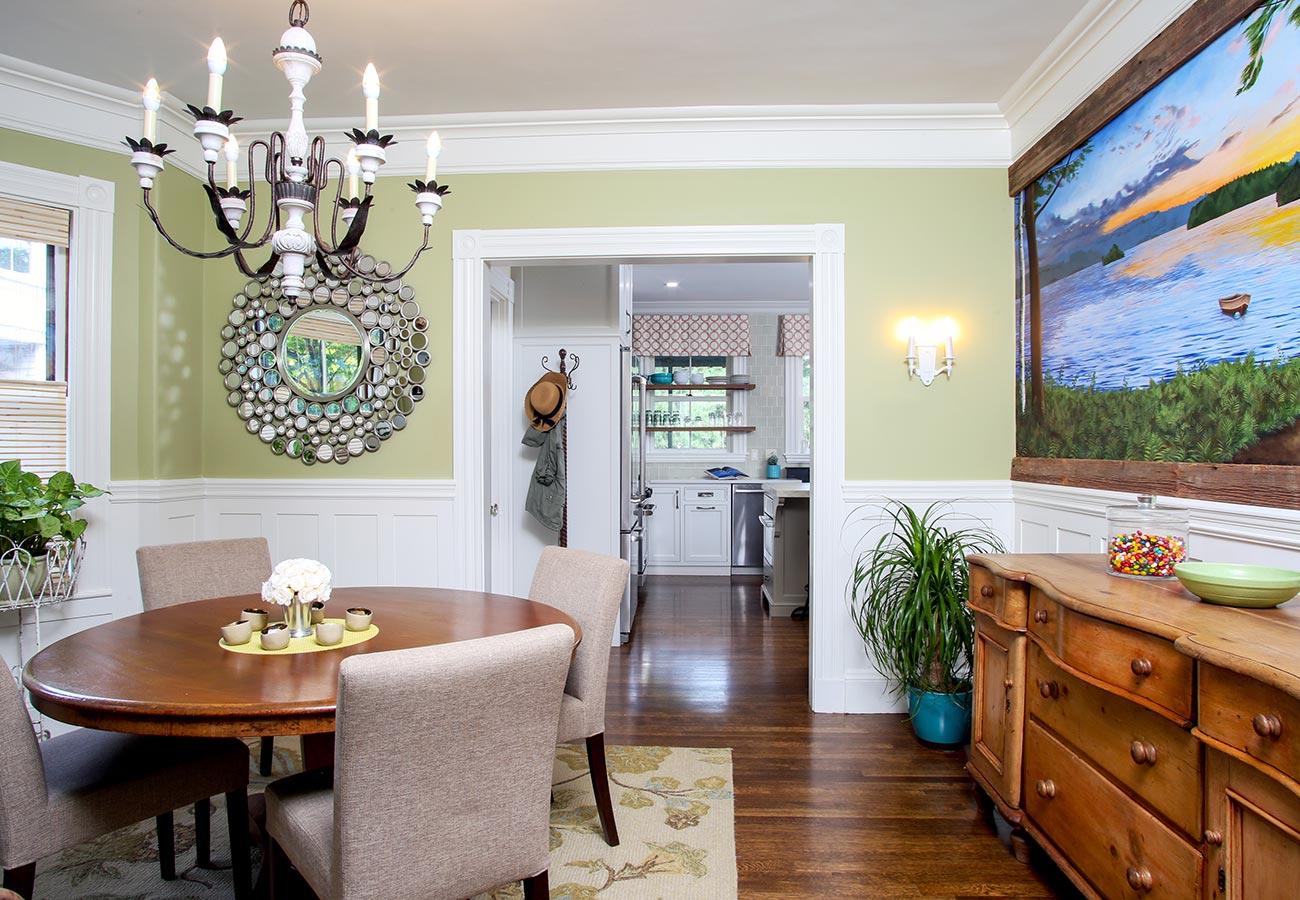 Another major renovation was relocating the master suite to the third floor, where space and light were not abundant. The space had been “a wacky assemblage of myopic retrofits,” the architect says. Walls were rearranged and skylights and a large dormer added to carve out “a dramatic space nestled under the roofline.”

The en suite bathroom meshes traditional and contemporary styles with a clawfoot tub and beadboard wainscoting juxtaposed with a glass-enclosed tiled shower. 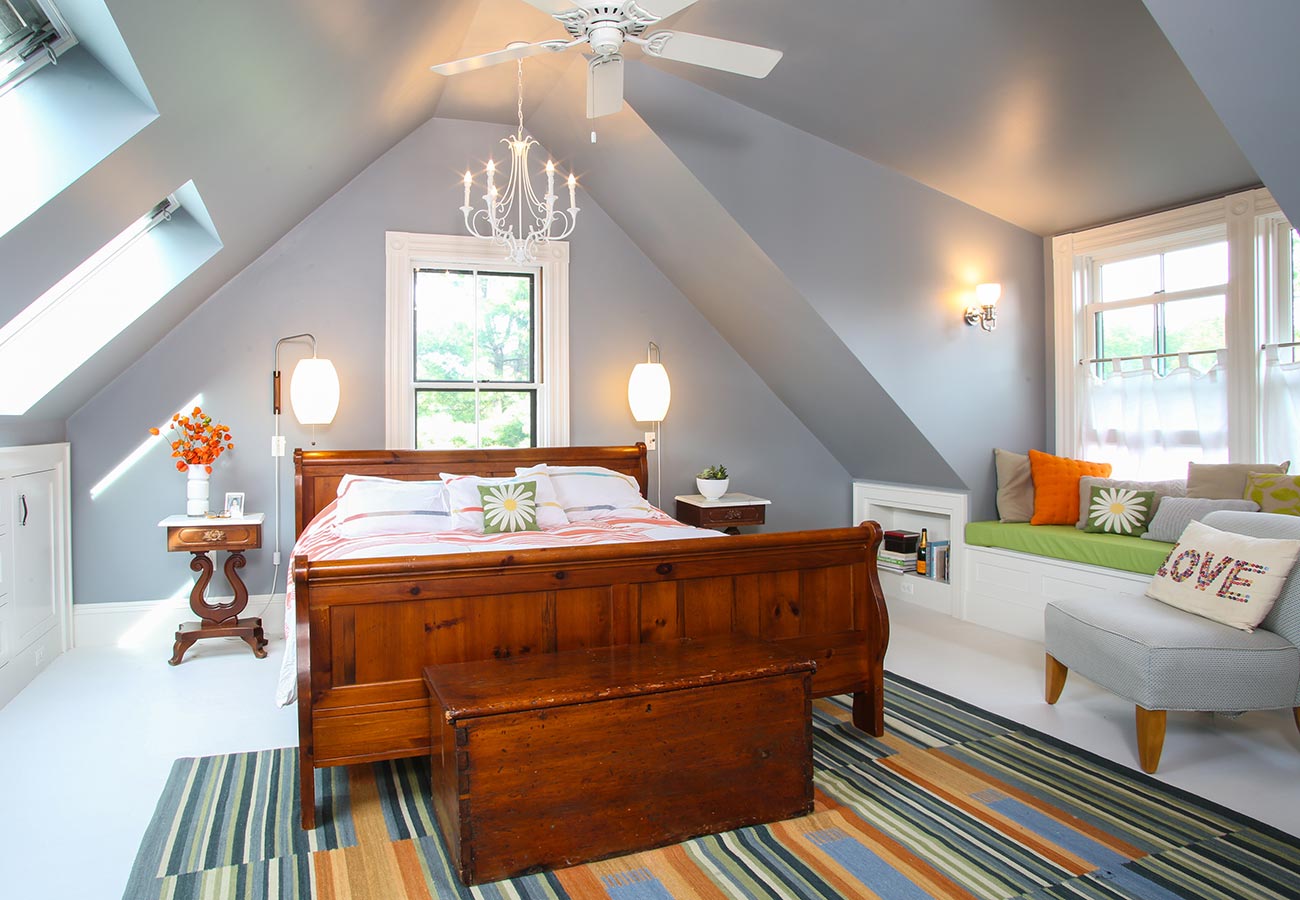 In addition, a new deck, screened porch, and patio were added. On the second floor, a tired and unused sleeping porch was revived and incorporated into a small adjacent bedroom to make a fun bedroom for the homeowner’s daughter.

“The house just felt right to me,” reflects Haims. “Two weeks after purchasing, my husband had buyer’s remorse and thought we had made a terrible decision. I’m glad that I was solid in my belief that this would make a wonderful home for us. Now, we delight in our house. We love it and we are so grateful we found it. My advice to anyone is to listen to and trust your gut.” 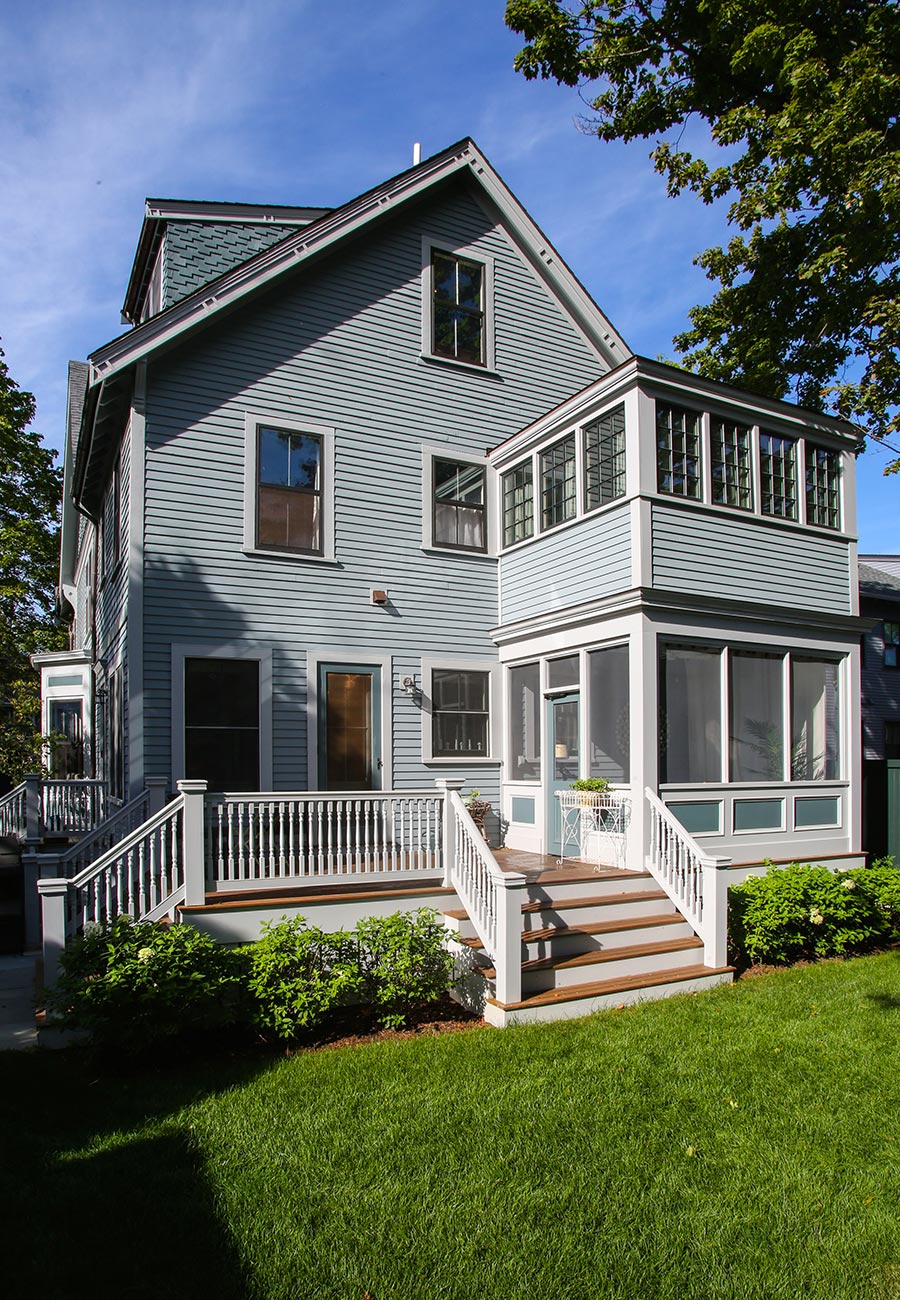 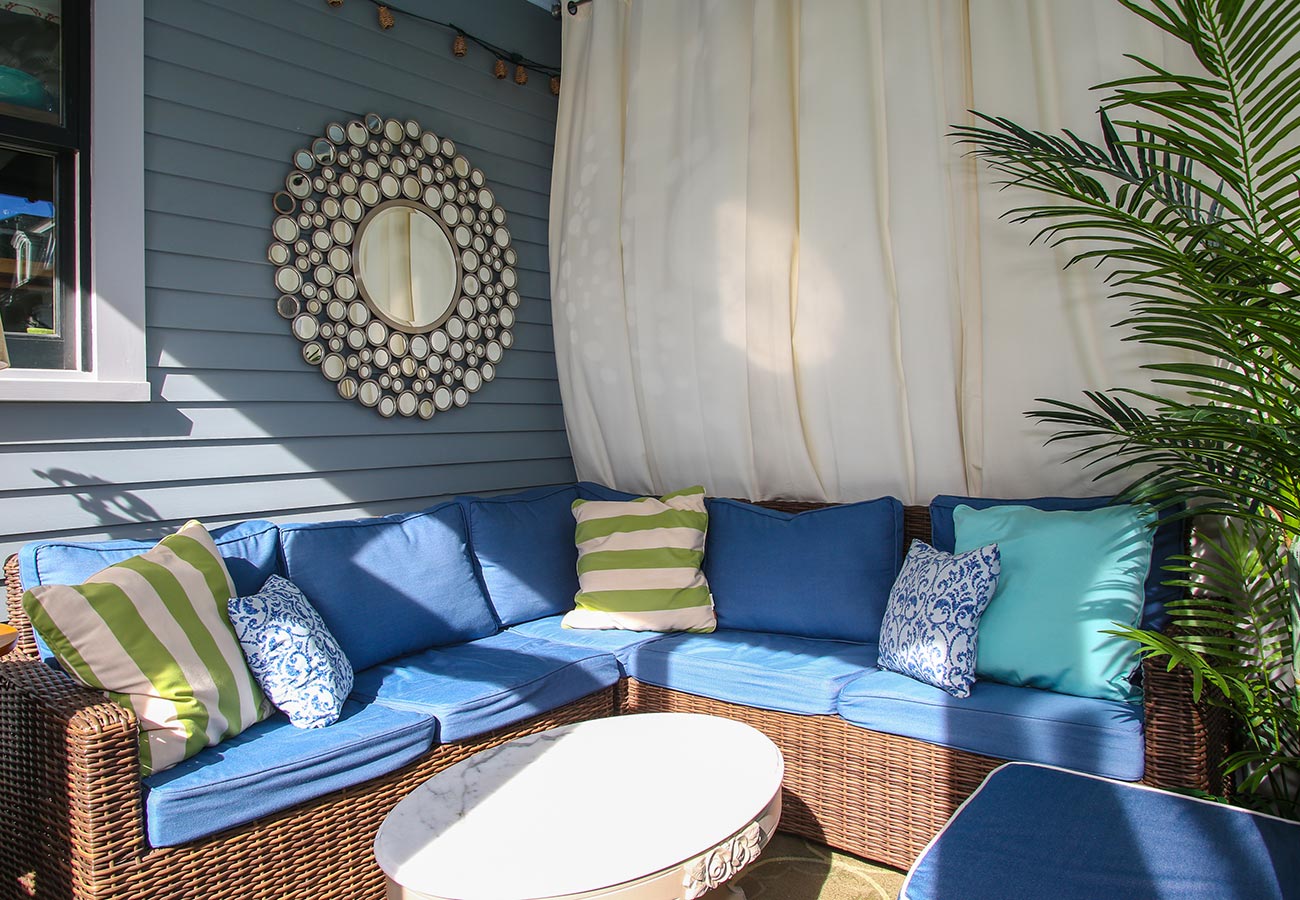