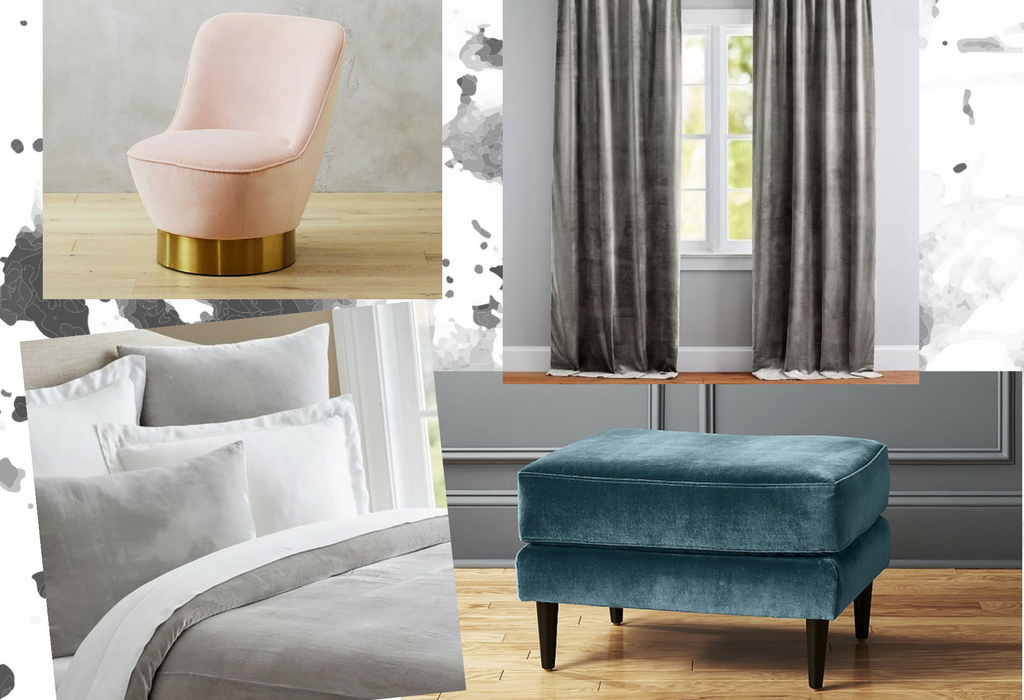 It wasn’t long after the last model strutted off the runway at last February’s New York Fashion Week that fashion-focused media outlets weighed in with the trends they’d culled from looks shown by the world’s top designers.

By mid-March, Elle had declared velvet as one of the must-have looks for fall 2017. As is so often the case, the home décor industry drew inspiration for its own trend report. In June, Country Living also noted velvet as the next big thing, but this time it was for autumn home interiors rather than haute couture. The big boys of the online home décor shopping outlets were apparently watching the trend reports. Many are showing velvet, velvet everywhere.

CB2, Crate & Barrel’s younger, hipper sister, nails two trends with its Simone chair in blush. The velvet-upholstered chair sits atop a gold-tone base, another all-the-rage look. Their jewel-toned cyan blue Parlour Ottoman is the perfect hue for fall. 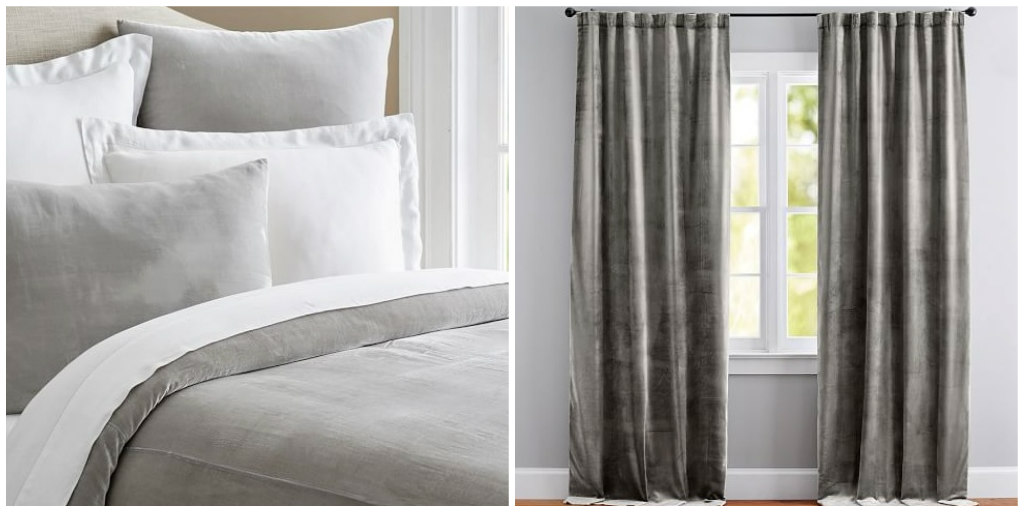 Pottery Barn’s take on velvet has us craving cool weather. The Gigi velvet duvet and shams, shown here in Gray Mist, layer on the luxe, while the Shiny Velvet Drapes feel like the perfect remedy for drafty winter windows. 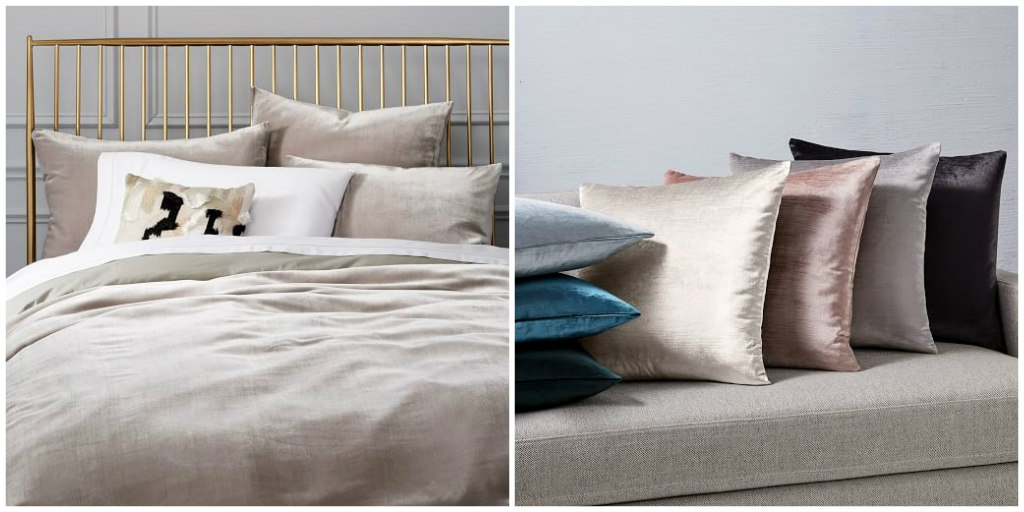 West Elm has aptly named their lines of velvet accessories “Luster” and “Luxe.” Luxe, on the left, offers just a hint of sheen while Luster goes for straight-up glam with a touchable shine.

All photos via respective websites.