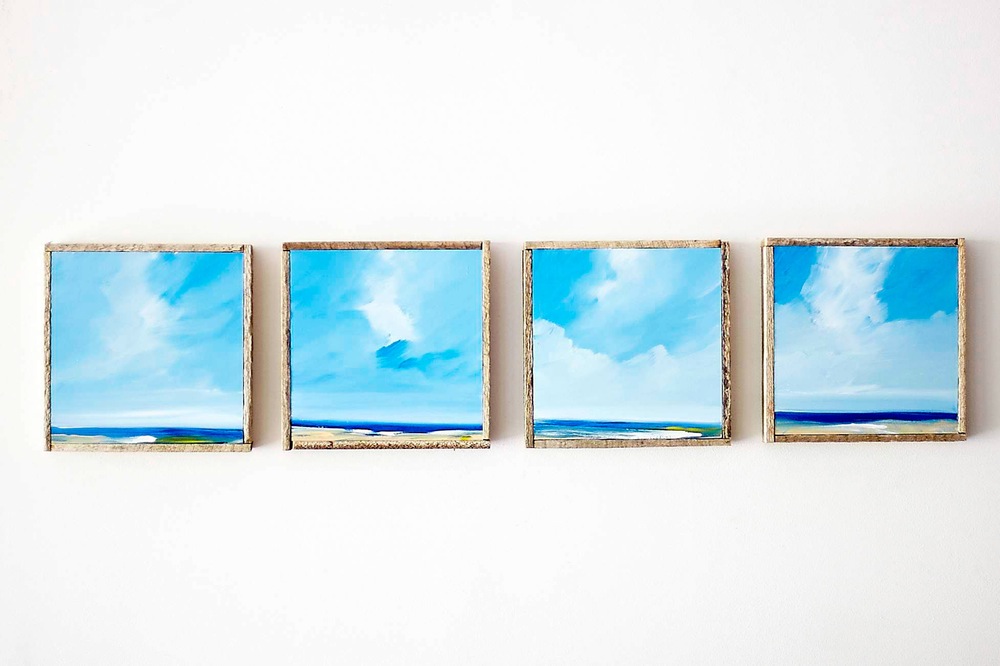 For eight years, an American artist has created thousands of 8-inch-square paintings under the nom de plume Willie Saint James. The canvases hang in a variety of small businesses, including Scituate’s Welch Company, and sell for $50 each.

At the start of his career, the artist’s work was divided between these simple windswept skyscapes and his larger, more elaborate works, which at one time were selling for $10,000. Meanwhile, his small paintings, which were far less time consuming, were priced at $50. “I stopped making the landscapes because I couldn’t justify the difference in prices and people told me I had to stop,” says Saint James. “I didn’t do it for a year and a half.” 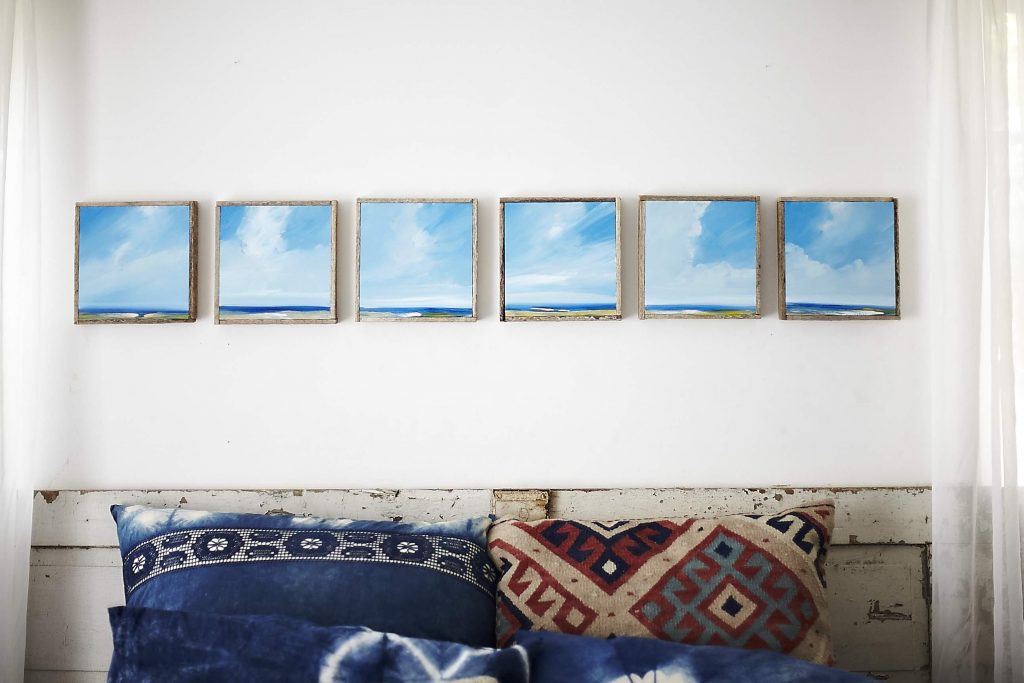 It turned out, however, that stopping his small works wasn’t a simple adjustment, “my other work suffered,” he says. “I realized the landscapes were part of my process.” He also started losing part of his audience. “A lot of people would come in and buy a painting from me once a month and when they could no longer afford to buy my work I felt bad—not for making more money—but because I missed the opportunity to connect with them.”

Enter Willie Saint James. “In the winter of 2009, right after the crash when people didn’t have a lot of money, I made 8-by-8-inch frames and I started mass producing these paintings,” he says. “I would do them in batches of 40. I could do them relatively quickly so I could justify selling them at an affordable price.” That first year he made 300 paintings and has since sold 11,000 of what he calls “willies.” 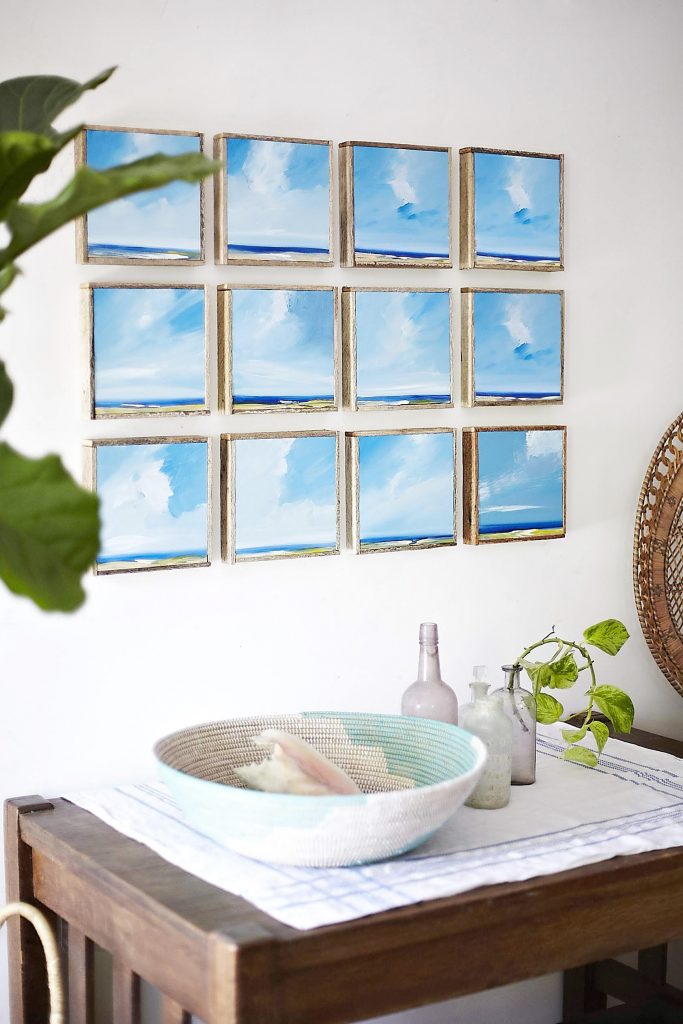 Drips of paint, blotches of color and wispy strokes mix on the square canvas to create what can resemble a familiar vista with all the hues and movement of the natural world. The acrylic paintings are inspired by the artist’s imagination and from improvisation—one white stroke becomes a cloud. “I guide the painting, but I let the paint dictate what it will be,” he explains. “There is nothing I’m going for. I’m not trying to match anything—it’s all imaginary.” He likens his approach to asking his grandmother for a family recipe. “We sat her down to get her recipe for Portuguese soup. She told us ‘cook this, then that, and you put the salt.’ We asked, ‘how much salt?’ She said, ‘Enough—until it tastes good.’ It’s the same way with painting—you paint until they look good.”

The artist will reveal his identity next month in December of 2017. Until then, his name remains Willie Saint James and his paintings remain affordable.
—Kelly Chase