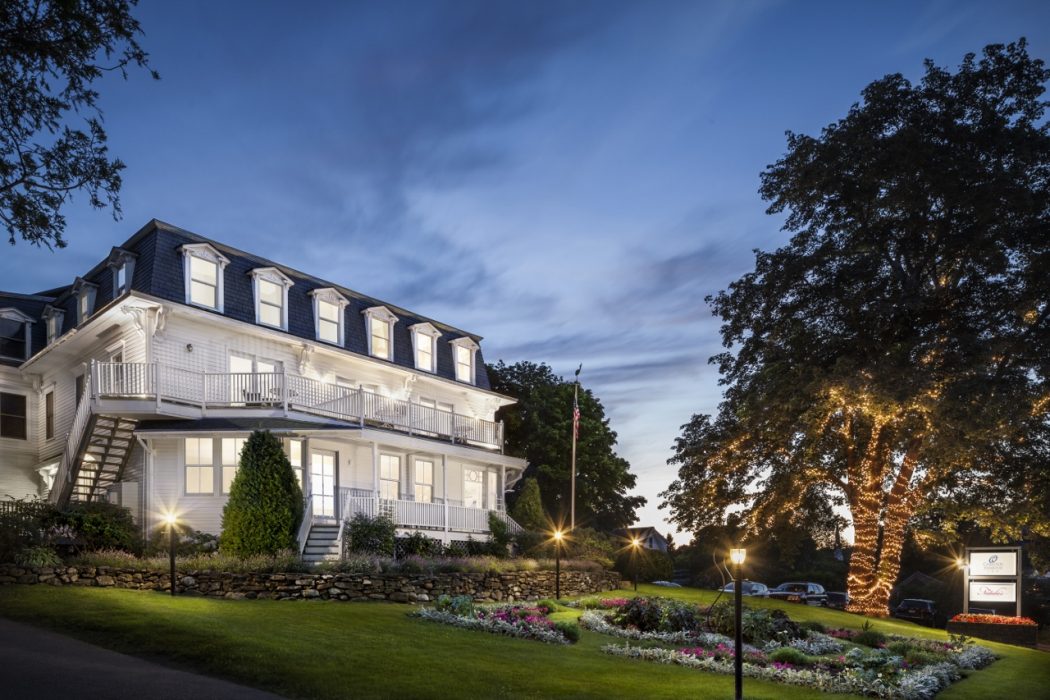 Last week’s episode of New England Living TV was filmed in the coastal town of York, ME. This coming Sunday’s episode finds us up further the Maine coast in Camden. Like York, Camden is a summer destination for thousands of visitors and second homeowners. 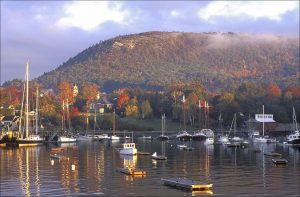 With its flourishing artists’ community, historic captains’ homes, thriving downtown area and stunning coastline, we understood Camden’s allure as soon as we arrived. Our first stop was at our home-away-from-home for our visit, the Camden Harbour Inn, a Relais & Chateaux property that recently earned a coveted spot on Travel + Leisure’s World’s Best list.

Set atop a hill overlooking the harbor, Camden Harbour Inn is housed in historic building which is more than a century old. With its white clapboard siding and mansard roof, the inn’s exterior is the very embodiment of vintage, regal charm which is in striking contrast to its sleek and contemporary interiors. 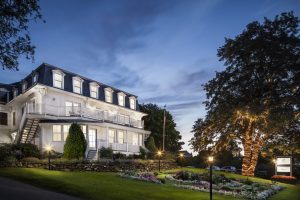 On the outside of Camden Harbour Inn are ancient stone walls and a wide veranda arranged with comfortable chairs which bring to mind the slower, more-relaxed pace of days gone by. On the inside are modern, streamlined spaces done with matte white walls and liberal pops of punched-up color such as the brilliant red chairs and oversized drum-style shades on the ceiling light fixtures in Natalie’s, the inn’s highly-regarded fine dining restaurant.

Each of the guest rooms at the boutique hotel has been individually, and lushly, decorated. White walls and fluffy duvets are contrasted by warm wood flooring, and furnishings in rich earth tones. There are pops of color in the guest rooms, as there are the public areas of the inn, but they’ve been deftly introduced in these calming, private spaces. 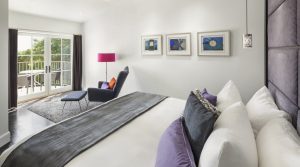 Once again, a hectic filming schedule at the home featured in the episode required that we resist the urge to spend hours relishing in luxury at our temporary digs. This means we’ll simply have to visit again. Problem solved.

Please join us for the Camden episode of New England Living TV on Sunday, April 23rd at 11:30 a.m. on WBZ| CBS Boston. 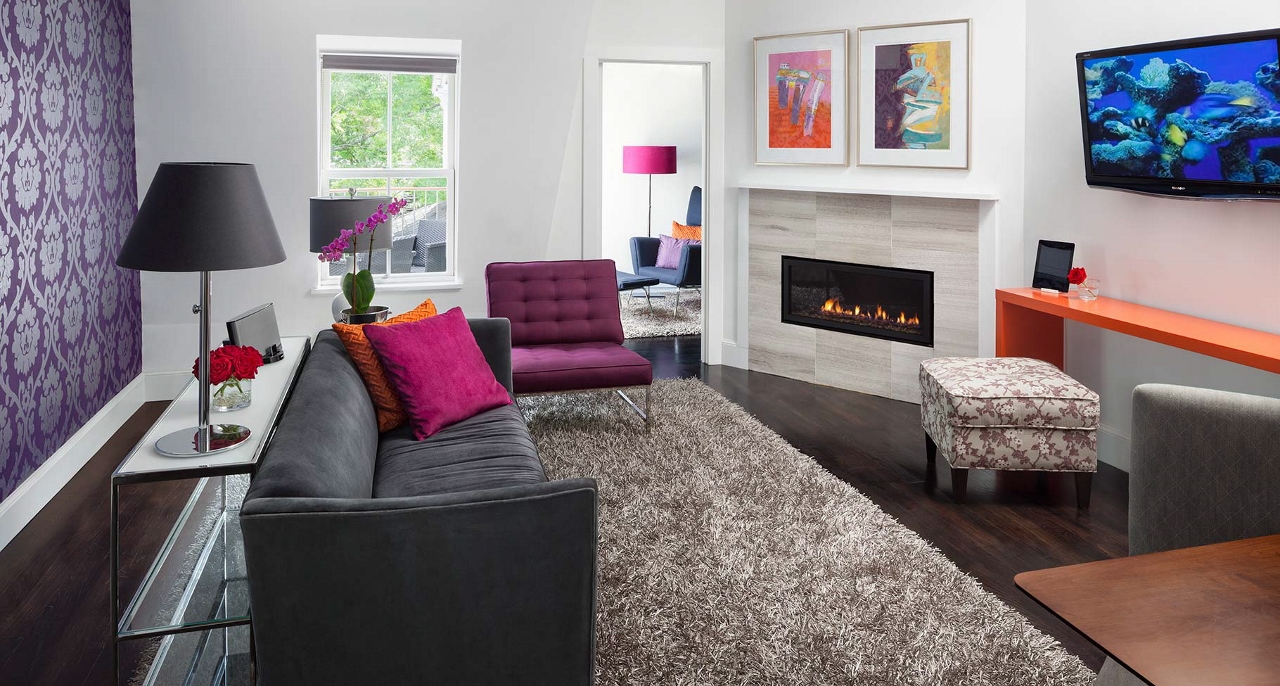 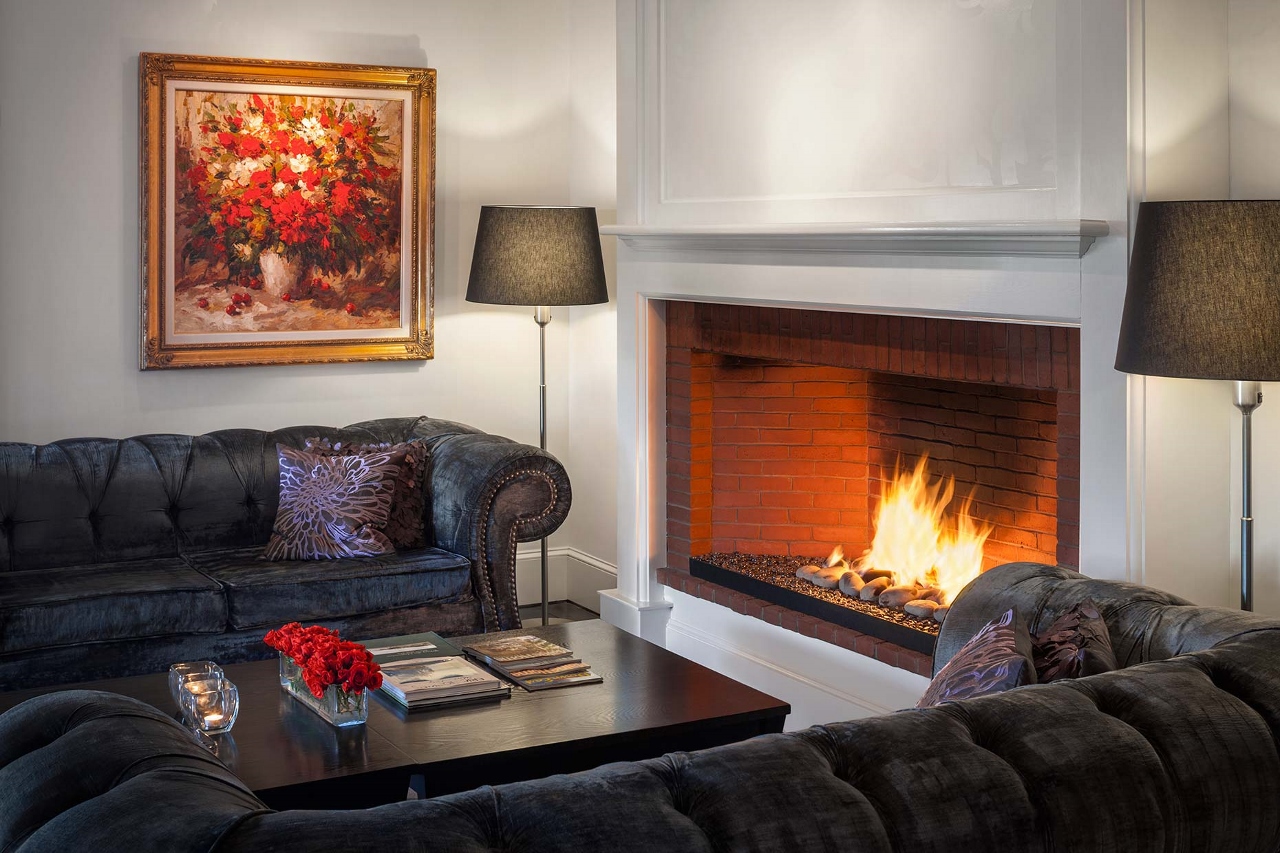 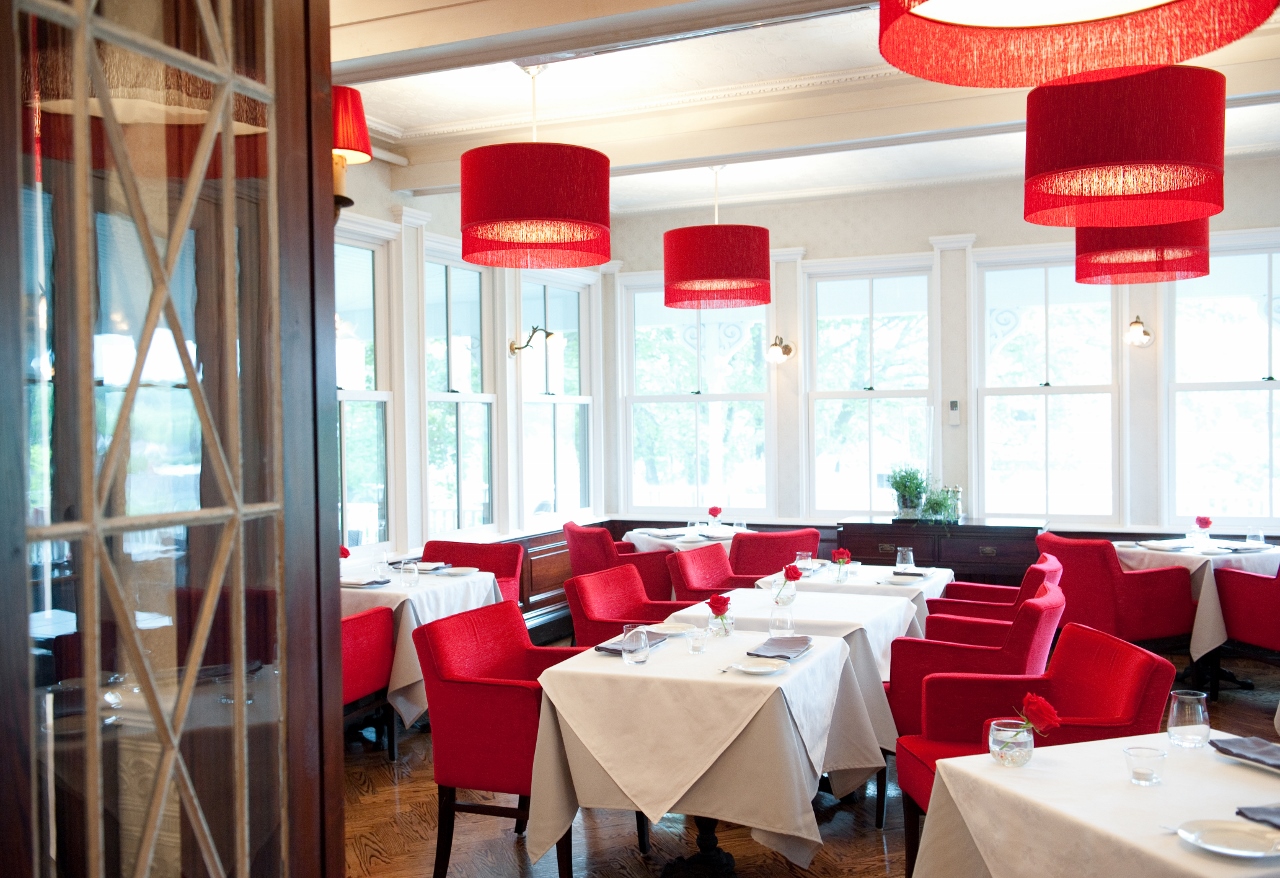 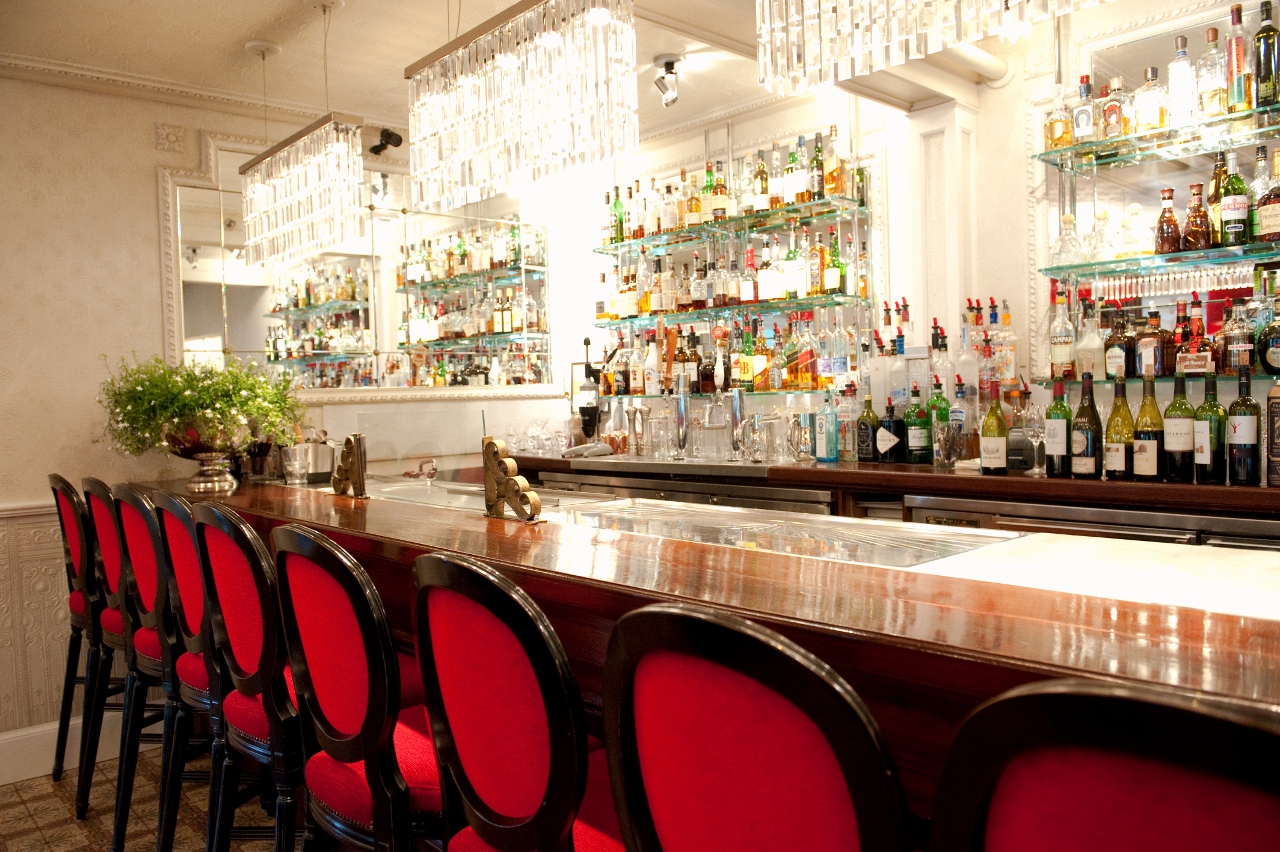