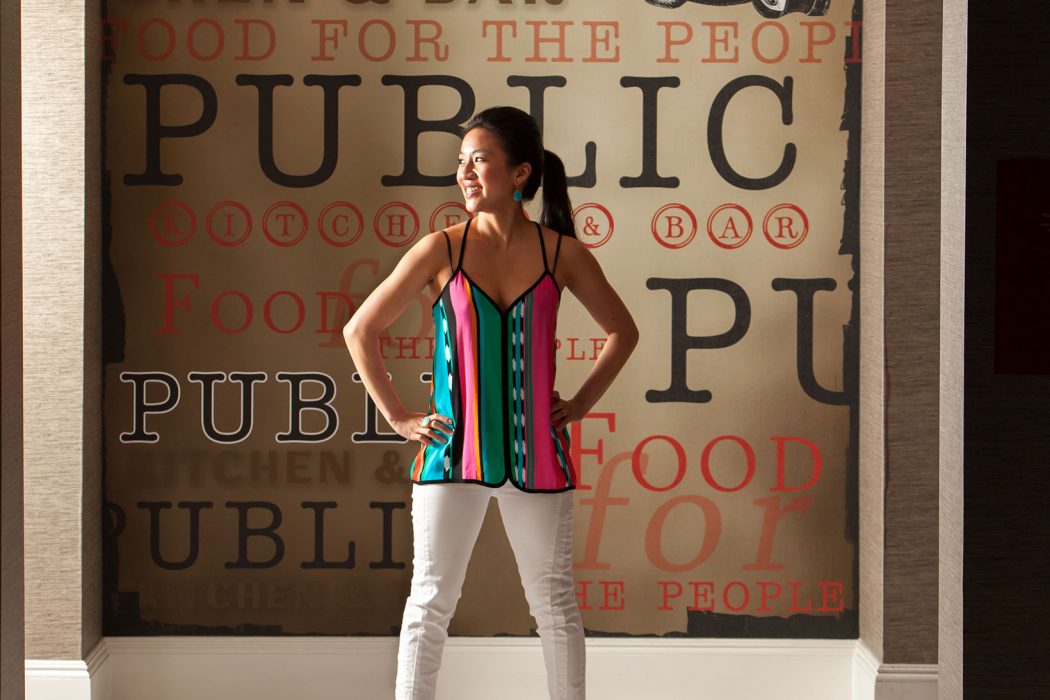 An inside look at Michelle Kwan’s evolution from hyper-focused athlete to multitasking diplomat.

The medals and trophies, the dresses and performance songs, the magazine covers and endorsement deals—they all serve as reminders of what was achieved. During her decade-long figure skating career, Michelle Kwan remained poised under remarkable pressure and accepted her fame with stirring grace.

Although Kwan is best known for winning silver and bronze Olympic medals in 1998 and 2002, respectively, her figure skating résumé is much more extensive. As the most decorated figure skater in U.S. history, she has won a total of 43 championships, including five World Championships and nine U.S. National Championships.

But when all of the practicing and competition began to take its physical toll around 2005, Kwan, now 33, did not just fade into the sunset. Her public policy career began in 2006, when U.S. Secretary of State Condoleezza Rice appointed her as the first U.S. Public Diplomacy Envoy, a position that took her around the world, meeting with young people about social and educational issues. In 2008, Kwan earned a bachelor’s degree in international studies from the University of Denver and followed that a few years later with a graduate degree in international relations from the Fletcher School of Law and Diplomacy at Tufts University.

Fostering positive relations, whether nationally or internationally, comes naturally to Kwan, who also serves on the board of Special Olympics International. After 10 intense years of focusing on her skating, and having everyone around her focused on her, she feels compelled to turn the tables and give back as much as possible. She is paying it forward, feeling a sense of accomplishment when kids are encouraged by her to dream big and work hard. In the past, she made a name for herself as a skater; now, she’s making a name for herself as a diplomatic voice worth listening to.

SNEL: Let’s start with the wedding! You married Clay Pell in January 2013 at the Unitarian Church in Providence, and your reception was held at the Hope Club. What were your favorite moments?

MK: I had a dream the night before that I woke up and it was all over. Luckily, when I woke up, it was just beginning!

It was the most amazing day of my life; it was our dream wedding. Once I took that first step with my dad down the aisle, the waterworks started. It was such an emotional day, surrounded by our friends and families. Vera [Wang] designed my gown, which is special because she designed so many of my skating dresses. And we danced to “Fields of Gold,” which has so many layers of meaning for me [Kwan performed to the song in her last-ever Olympic skate].”

SNEL: You grew up in California and have traveled the world as a figure skater. Now you’re married and settled in Providence. So far, what do you like about living in Rhode Island?

MK: I’ve been here for about three years now, and it already feels like home to me. Clay proposed on Block Island; we got married in Providence and we live on the East Side near Brown. The neighbors have been so welcoming—they even offer to pick up our mail when we’re out of town!

I like that when Rhode Islanders give directions they sometimes tell you to take a turn at a business that doesn’t even exist anymore. Plus there are so many little gems to discover, and you can’t go wrong with any of the restaurants. My favorites right now are CAV and Caserta Pizza.

SNEL: When you meet with students or young athletes through your various roles in promoting fitness, what do you talk about? How do you try to reach them in so short a time?

MK: Well, I always start by talking about skating, since many of the kids are too young to know about my career. Overall, I tell them that dreaming big is a good thing but that setting goals and working hard are equally important. Nowadays kids see celebrities and their lifestyles and don’t realize that the actors or rock stars are talented but also very hard working. I think it’s important to shed light on that.

It frustrates me when I don’t connect with them. I remember talking to a little girl and she asked why I continued focusing on school if I was on the cover of magazines. It was easy for me to answer. I told her that I always knew, even at a young age, that I couldn’t physically do triple Lutzes forever, but that I would always have knowledge.

SNEL: What is your role with the Special Olympics?

MK: Right now I’m on the international board and I help organize the World Games. The last Special Olympics World Games was hosted by Korea with over 3,000 athletes in attendance. But it’s not just a sporting event; it’s also an important humanitarian event. Most probably assume that people with disabilities receive better-than-average health care, but actually, for most, it’s the opposite.

During the Korean games, for example, every athlete participated in health screenings: basic hearing, eyes, nose and mouth checkups. And miracles happen at every screening, whether an athlete who has never been to a dentist before is treated for cavities, or a blinding cataract is discovered, or even cancer.

SNEL: As if you aren’t busy enough, you also sit on the President’s Council on Sports and Nutrition. What does that position involve?

MK: The council is made up of athletes, doctors, chefs and coaches and the goal is to fight childhood obesity. I meet with teachers and physical education teachers and see the challenges that they face on a daily basis. There are problems on both ends of the spectrum: some kids don’t have nutritious meals; others don’t have enough to eat. I feel it’s my responsibility to empower these kids, to try to prove that eating healthy is important.

I was also there when the First Lady asked 25,000 kids from across the country to do jumping jacks for one full minute. I was on the South Lawn with the First Lady, Al Roker and over 400 kids. I had the microphone and was doing the countdown. It was a surreal moment, and it also ended up in the Guinness Book of World Records!

SNEL: Your work with the state department is unpaid and you support a wide variety of nonprofits and community-oriented organizations. Why are you drawn to philanthropy?

MK: I like being helpful and making a difference. I think it’s one thing to set goals and reach new heights, but it’s another to make sure you help others along the way. Transitioning out of my skating career was difficult: skating felt so selfish in a way. There were so many people—my parents, the federation, coaches, choreographers—looking after me. After skating, I wanted to turn that dynamic inside out and be helpful to others.

SNEL: What is it like traveling as a public envoy for the State Department?

MK: I think there are a lot of misconceptions that other countries have of Americans and vice versa. That’s why people-to-people connections are so important to our foreign policy.

SNEL: Last February you went to the Sochi Olympics and worked as a commentator for Fox Sports. What did you think of the games and the skaters? Does commentating make you miss competing?

MK: It was one of the best Olympics I’ve been to; they did an incredible job.

I’m always nervous for all of the athletes. The Olympics are their moment to shine. I know how hard it is to prepare for that moment; how badly each skater wants to medal.

Competing is so far away now; I don’t miss it. But commentating is enjoyable—as a former Olympian, I can talk about my personal experiences and also about what’s probably going through a competitor’s mind. I especially enjoyed watching the practices and seeing what the skaters were able to do in practice that they might not be able to do under pressure. Yuzuru Hanyu, who won gold, did not miss in practice but fell a couple times in the free skate.

SNEL: Do you still skate?

MK: Not really; just for fun.

SNEL: How do you stay in shape?

MK: A friend of mine opened up a yoga studio and I love the hot yoga. It’s the opposite environment of what I’m used to.

SNEL: Does the discipline that helped make you a champion serve you well in your current roles?

MK: I’m more of a multitasker now. Before, I didn’t allow myself to waver in terms of determination. I had two priorities: school and skating. I’m still the same person but I’m different in how I approach things; I’m more open-minded now. I have a lot more time to be able to learn from others. I think perhaps all my travels coupled with my education really opened my eyes to many different ideas.