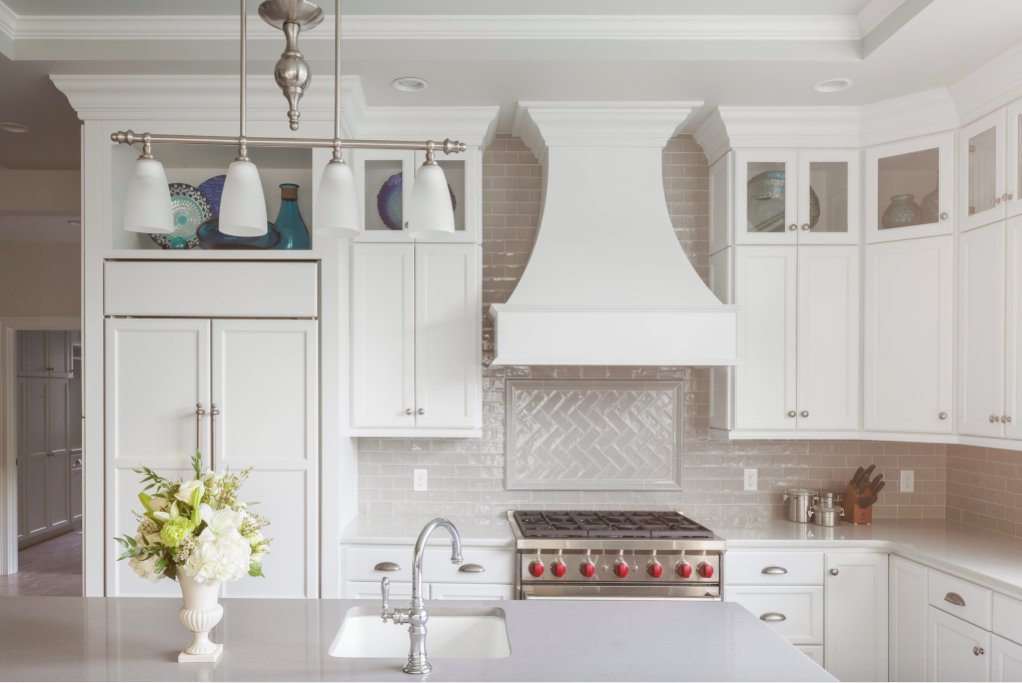 Three generations under one roof

The plan was for Johna Toppa and her 16-year-old daughter, Sarah, to share a house with Johna’s parents, John and Sally Reardon. They had the real estate—a home next to the one Toppa grew up in, where her brother and his family live, and a road away from her other brother’s house. However, the needs of a teenager and a grandparent vary greatly when it comes to many things, including home design, and the existing 1920s structure wasn’t going to satisfy all. Together they decided to start from scratch.

The result is a custom-designed home built for three generations in which they can all share meals and precious time together. There’s ample space to congregate and comfortable private retreats for all. “The best part about starting over is that we met with architect Steven Nelson and designed a house that was good for all of us,” says Toppa.

The family worked with builder Jesse Maynard and designer Sabrina DaLomba, director of showrooms for Supply New England. The process was not without its challenges. Construction coincided with the harsh storms of the winter of 2015. “It was a brutal start with eight to 10 feet of snow,” recalls Maynard. “We were spending more time shoveling than building.”

Maynard and his crew persevered and a beautiful 5,000-square-foot home was the result. “It was very well planned,” Maynard says. “Sabrina took it to the next level and performed an essential role in coordinating everything. The house is a nice mix of unique private space and open area to share. It functions well and the kitchen is a showstopper.”

The kitchen is Toppa’s territory. “We each had a space to design and mine was the kitchen,” says Toppa. “I knew exactly what I wanted—bright and white. I wanted big windows and a large island. The island is where we live. I knew I wanted five stools for my brother, his wife, my other brother, his fiancé and myself. We do Friday wine nights all winter.”

The bright and white look Toppa desired was achieved with white, stacked cabinetry, quartz countertops that mimic Carrara marble and triple windows with transoms that flood the space with light. The rectangular island is topped with Silestone and features a double-ogee laminated edge for a “beefier look,” according to DaLomba. “It’s the little details, like the niche over the refrigerator and glass display cabinets that make the kitchen special and refined,” says DaLomba. “The coffered ceiling is painted blue for another subtle touch, making the space less ordinary.”

The kitchen offers more than good looks, however. It is high functioning and well equipped for wine nights and big family holidays. A Wolf range, Sub-Zero refrigerator and durable 30-inch cast iron sink from Kohler are made for large gatherings. The island’s prep sink helps Toppa set up for a party with a faucet, also from Kohler, that releases both a heavier sweep spray and softer berry spray.

On the first floor, the Reardons’ private suite includes a master bedroom, two master baths, a sitting area and office. The design is spacious with wide door openings allowing for wheelchair accessibility without looking it. The two master bathrooms have features to facilitate ease of use. John’s shower has no threshold and includes a seat and handheld showerhead. In Sally’s bathroom, the Kohler Elevance bathtub doors glide up and down for easy entry.

Upstairs are Toppa’s and her daughter’s bedrooms and bathrooms, plus a bunkroom for sleepovers. Sarah’s bathroom reflects her love of the beach. Simulating sea glass, knobs on the vanity and linen cabinet carry out the same ocean theme as the decorative tile strip in the shower and eco-friendly Curava countertop. Kohler Forte sconces add to the coastal feel, and 12 by 24-inch tiles in the shower mean less grout to clean.

At the end of a long day, Toppa loves nothing more than soaking in her freestanding slipper tub. Her luxurious master bath boasts a 10-foot run of cabinetry that includes built-in hampers and linen cabinets. Cool tan-toned walls and a soothing pale lavender ceiling enhance the spa feel.

Toppa feels very fortunate to have a home that is both a personal sanctuary and a gathering place. Visits are both casual and frequent, and the memories are everlasting. “We have an open-door policy here with the siblings and nieces and nephews coming and going to visit,” says Toppa. “My parents love having their granddaughter right there and Sarah loves it too. It’s a gift. It really is. You don’t get this time back.”